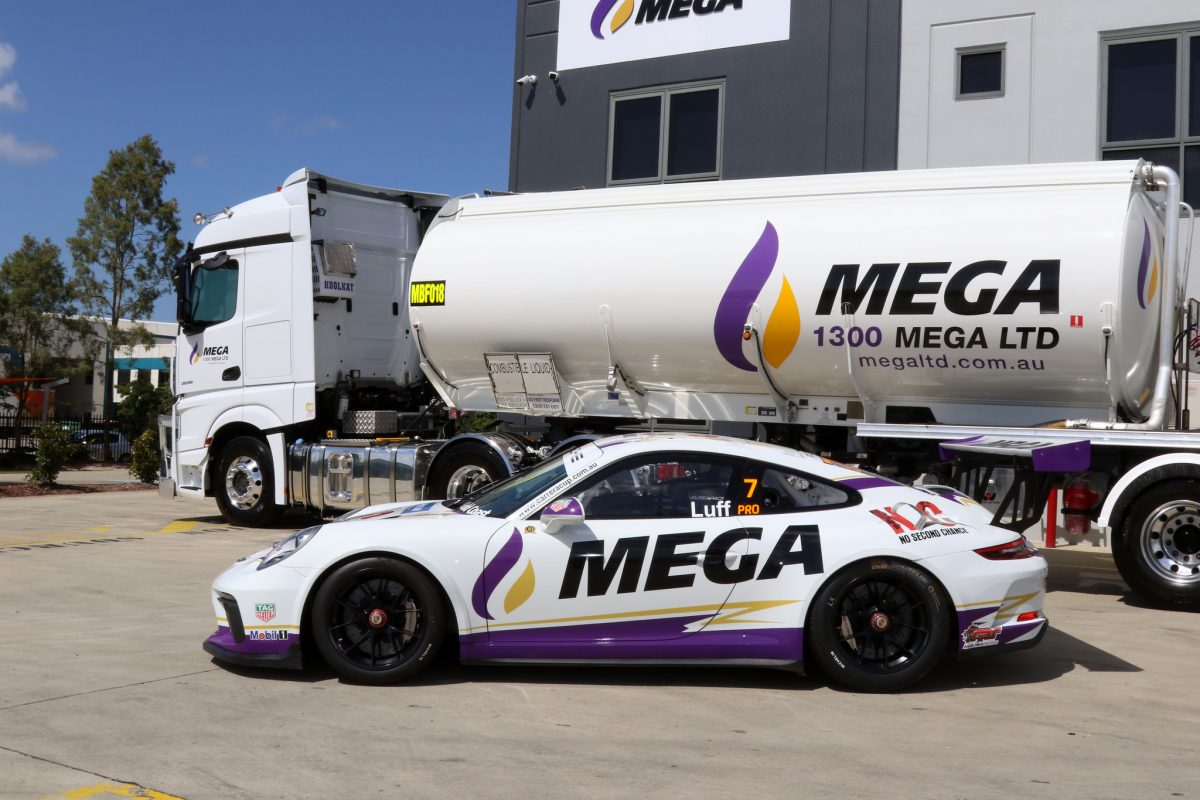 Warren Luff’s 911 GT3 Cup Car will run in the colours of Mega for his return to Porsche Payce Carrera Cup Australia this year.

As reported by Speedcafe.com, Luff has moved back into the #7 McElrea Racing entry which he last drove in 2014 after serving in a mentor role for eventual series winners Matt Campbell and Jaxon Evans.

The Mega backing matches that of Walkinshaw Andretti United, which the 42-year-old continues with for this year’s Pirtek Enduro Cup.

“McElrea Racing has proved itself as the outfit to beat in the Series,” said Luff.

“With Matt and Jaxon having won two of the last three years, the pressure’s really on to step up to the plate.

“To have Mega come onboard for the season is fantastic.

“They are committed to motorsport in a big way and through my Supercars involvement at Walkinshaw Andretti United, I’ve had the chance to interact with the Mega team and they are some of the most passionate sponsors going around.”

Car #7 will continue to carry signage from No Second Chance (N2C), a charity which aims to educate teens about the devastating effects of youth violence and road accidents.

The 2019 Carrera Cup season starts at the Superloop Adelaide 500 on February 28-March 3.