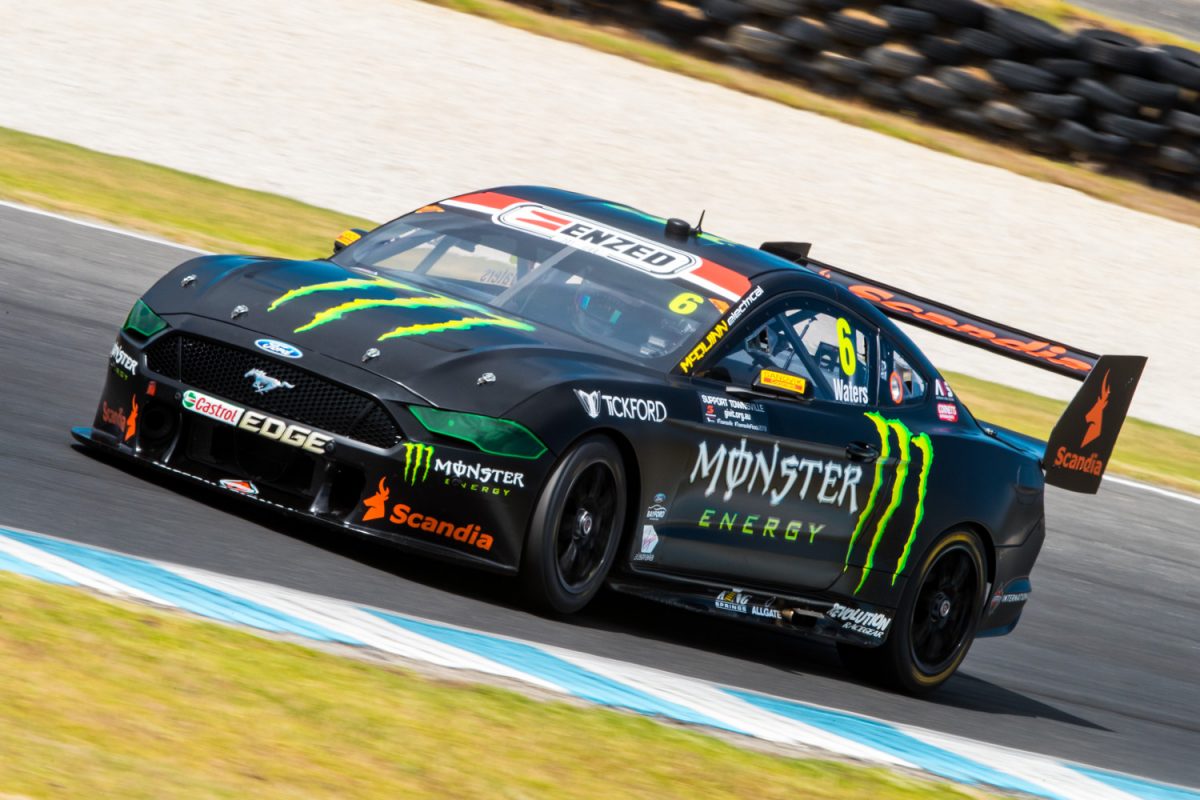 Tickford Racing boss Tim Edwards has warned not to read too much into the times set by the Ford Mustang despite a clean sweep of the top three spots at the pre-season test.

The blue oval’s new Supercar put on an impressive display on its official debut with all six Mustangs inside the top 10 at the Phillip Island hit out.

Will Davison was fifth for Milwaukee Racing as reigning champion Scott McLaughlin claimed eighth in front of Tickford’s new signing Lee Holdsworth, who rounded out the top 10.

The Fords were 0.2s faster than the quickest Holden of David Reynolds.

While the Mustang appeared to dominate the times, Edwards is not getting carried away by the fast start the car has made, citing that many in the paddock are yet to show their true colours.

“The (times are) irrelevant. There are some teams over there that were deliberately not actually putting in times,” Edwards told Speedcafe.com.

“We don’t know what they can do because they didn’t actually show their true colours.

“There’s no evidence from today that the Mustang has any advantage over the Holdens, particularly when hardly any Holden teams did a genuine time.

“Even though all four of our cars were in the top 10, none of the drivers are happy with the car, so we know what we’ve got some work to do on.”

Edwards was however impressed by the smooth nature of the car’s debut given the teams had been working right up until the test day to prepare the new machines.

“My thoughts are that I’m pleased at how well the cars ran,” Edwards added.

“The fact that they ran mechanically so well, and obviously bodywork-wise, so well, I think that’s a real pat on the back to the guys and girls that have been working their arses off for the last couple of months.

“It would have been disappointing to come here and you’re parked up for a couple of hours because such and such as fallen off the car or whatever, so for me that is the biggest tick.

“It was a big day because not only were we trying to understand the aerodynamics difference with the Mustang.

“Obviously we were trying to mechanically understand the car better because obviously we no longer have twin springs, so that’s been a big challenge on its own trying to understand how to tune the car because we’ve lost some of our tuning tools, and that’s the same for all 24 cars.”

While happy to end the test on top, Waters agrees with Edwards that it is too early to understand where the Mustang sits in the pecking order.

“You always like to be quickest but it’s a first test day of the year and I feel like the others will still have a fair bit to show through the year and we’ve still got a bit more to find as well,” Waters told Speedcafe.com.

“It (the Mustang) does some things well and some things bad, and I think the things it does good are really good, but I think if we fix those things that are just not quite there yet, I think we’ll be really quick.

“But for me, the stability is quite good; we’ll see how we go.

“It’s always nice to be quickest, and that gives you a little bit of confidence going into Adelaide.”

The Mustang is not expected to turn any laps until Supercars’ Superloop Adelaide 500 season opener from February 28-March 3.