Dutton not surprised by Mustang pace

Dutton not surprised by Mustang pace 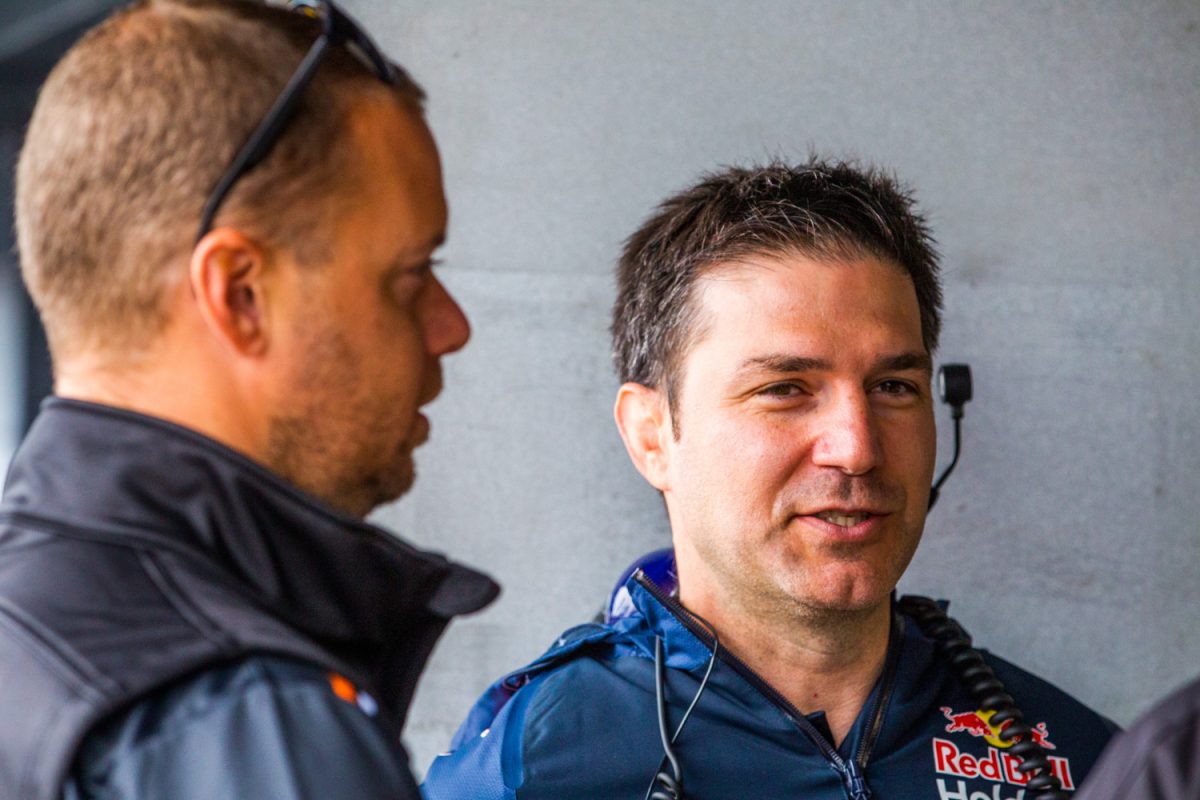 Triple Eight team manager Mark Dutton is not surprised by the pace which Ford teams showed on the debut of the Mustang in Supercars’ pre-season test.

Mustangs swept the top three on the timesheets at Phillip Island, headed by Tickford Racing’s Cameron Waters with a 1:30.7265s, and all six finished the day inside the top 10.

Shell V-Power Racing Team’s Fabian Coulthard was barely a tenth slower while David Reynolds was fastest of the Holden drivers at 0.2s off the pace.

Tickford boss Tim Edwards claimed that the times were “irrelevant” in light of teams’ varying approaches to the day, and that none of his drivers were actually happy with their cars.

Dutton, whose team homologated the ZB Commodore which was introduced to the Virgin Australia Supercars Championship 12 months ago, said that the speed out of the Fords was to be expected.

“We thought they would (be fast), no surprise there,” he told Speedcafe.com.

“You have quality teams and it’s the latest Supercar to be made, so it’s no surprise it’s quick.

“Being the latest, we all learn from each other and see people’s strengths and weaknesses, so definitely I’m not surprised.

“Good to see some Holdens still up there so we know that we can be up there too.”

While the Red Bull Holden Racing Team cars of Shane van Gisbergen and Jamie Whincup were 14th and 19th respectively at the end of the day, Dutton was heartened by the showing of Erebus Motorsport.

David Reynolds held the fastest lap for around five hours in the #9 Penrite Racing Commodore, throughout which time team-mate Anton De Pasquale sat third, before they were toppled by Coulthard just inside the final 90 minutes.

The other three faster laps than Reynolds’ best of 1:30.9532s, including another for Coulthard, all came in the final 10 minutes and Tickford confirmed that Waters’ was set on a green tyre.

By that time, Erebus had packed up and left having continued to breach the Phillip Island Grand Prix Circuit’s noise limit.

When asked if he was concerned about parity, an issue which often arises with the advent of a new model, Dutton pointed to Triple Eight’s and Erebus’ contrasting performances in dismissing the issue.

“There were the Erebus boys up there, so we know you can be quick, quicker than we were, in the same car, so there’s no reason for us to be calling out for anything like that (parity) until we’re on top of our car.

“When we’re maximising our car and we’re getting dusted, if that is to happen, then something’s wrong.

The opening two races of the season take place at the Superloop Adelaide 500 on February 28-March 3.