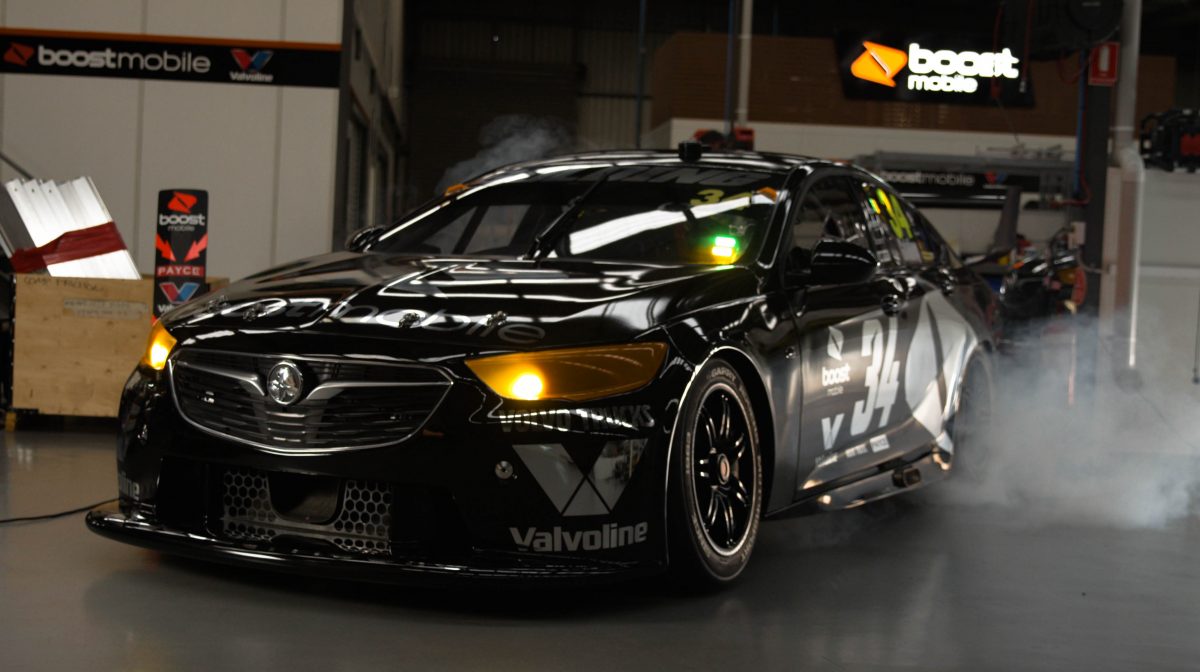 The Melbourne squad has unveiled a sleek black and chrome look on its ZB Commodores for new signing Richie Stanaway and young gun James Golding.

Both cars will display the entry number on the door of the cars harking back to designs from the past.

“2019 is going to be an exciting year for Boost Mobile Racing, and we are committed to elevating the team and drivers while evolving the brand throughout the year,” said Boost Mobile founder, Peter Adderton.

“With all the livery releases coming from other teams this week we will be waiting until Adelaide to officially launch our season livery, but have taken a leaf out of MotoGP by revealing a test day-specific design of simple black and chrome.”

GRM is expected to release its full racing livery at the annual Superloop Adelaide 500 Supercars opener on February 27.