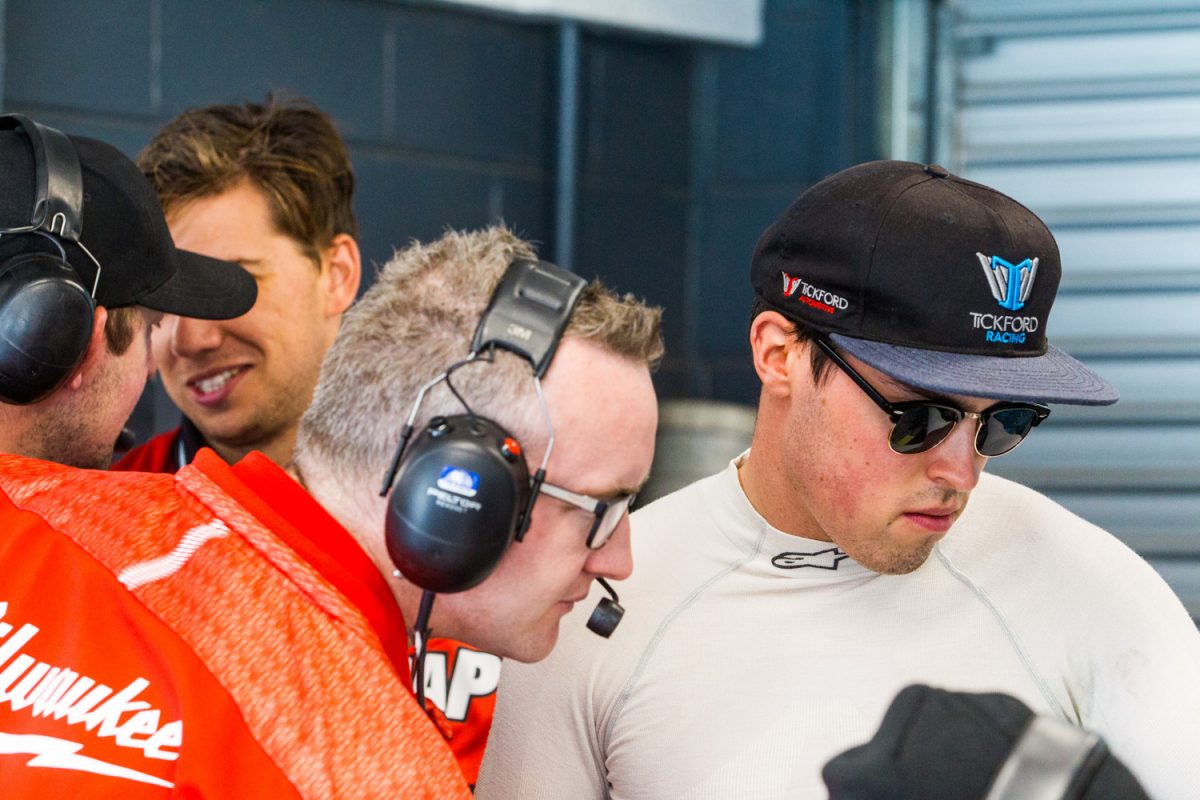 Randle is expected to drive Lee Holdsworth’s #5 Ford Mustang with the young gun among the likely candidates for a Pirtek Enduro Cup drive at the operation.

Tickford has already locked in James Moffat to partner Chaz Mostert and Michael Caruso to join Cam Waters, with both logging laps at the test.

The seat alongside Holdsworth remains up for grabs along with the drive at Milwaukee Racing.

Today’s opportunity for Randle will be his first time behind the wheel of a main game Tickford Supercar.

“Obviously Tom’s been with us for 12 months now, we’re sort of working out his program for the next year at the moment,” Tickford boss Tim Edwards told Speedcafe.com.

“We know he’s doing Super2 and so we’ve sort of putting the program together at the moment. So we have opportunity to give him some laps in the car.

“(It’s) no different to where we started with Chaz all those years ago.

“It’s all about, it’s not just driving the Super2 car, it’s being part of the team from pre-briefs to debriefs to everything else that goes on.”

“The whole thing is a learning curve for him and the more we can blood him, so to speak, the better prepared he’ll be when he finally makes the step to the main series.”

Edwards has confirmed that alongside a possible enduro program, Randle is being considered for a potential Supercars wildcard outing this year.

“So we’re just working through all that at the moment.

“What we do know is he’s doing Super2 again and we’re going to have a red hot crack at the championship and then the other things we’ll announce in due course once we make our plans.”