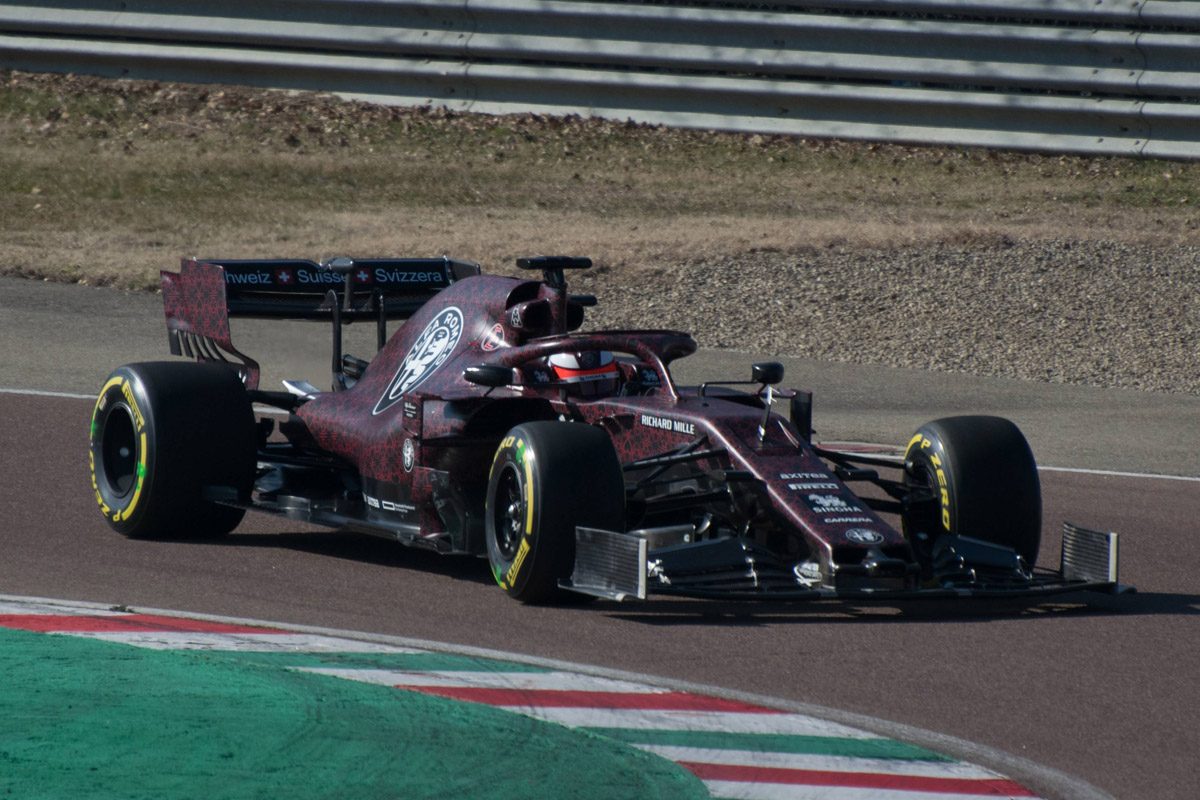 Alfa Romeo has given its 2019 Formula 1 contender its maiden outing in Fiorano in Italy ahead of its official release on Monday.

The team is scheduled to reveal its car on the morning before the opening pre-season test in Barcelona.

As a result the car is yet to publicly have a name, or confirmation of who was behind the wheel.

Kimi Raikkonen has gone full circle in his F1 career, rejoining the team with which he made his debut in 2001.

He’ll be joined by Ferrari Driver Academy member Antonio Giovinazzi at the squad that was previously known as Sauber.

It’s expected the final livery will be somewhat different to the pseudo-camouflage design carried in Fiorano.