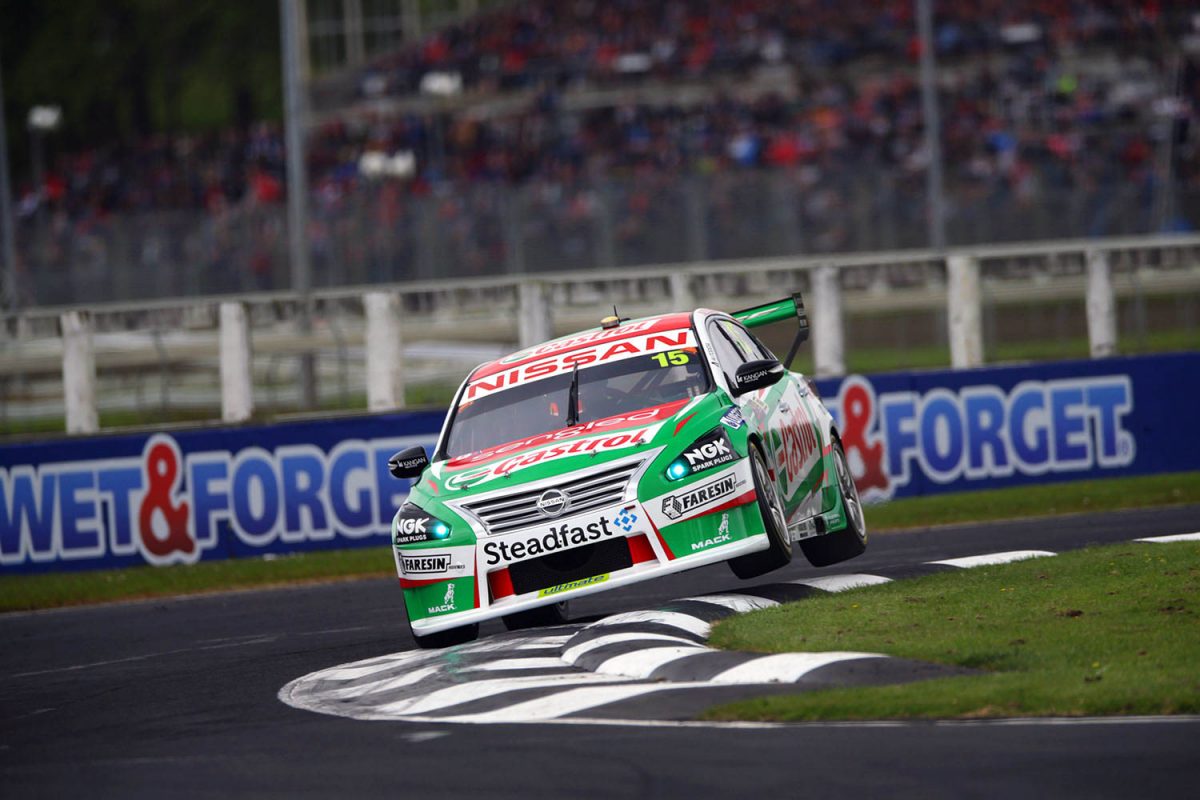 Supercars will run with linear springs in 2019 pic: Ross Gibb

Supercars teams will have an opportunity to test a new control ECU and run on linear springs at the Phillip Island pre-season test as the category begins to address cost concerns.

The championship has confirmed that a new ECU will be mandatory from the Superloop Adelaide 500 later this month which is the latest in a line of technical changes aimed to reduce cost and labour for teams.

As revealed by Speedcafe.com last week, Jamie Whincup tested the component during his shakedown at Queensland Raceway where he reported some initial gremlins with the device.

The introduction of a new ECU follows on from a deal to use a more durable Xtrac transaxle and the decision to ban the complex twin spring dampers.

Speedcafe.com understands that the ECU is not compulsory for the pre-season test.

“There’s a lot of initiatives underway and I have to be conscious of speaking in my role with the race team as opposed to the role I play on the (Supercars) Commission,” said Story.

“But there’s a lot of initiatives that have taken place to try and alleviate some of the labour that the teams are impacted by, and that’s one of them.

“It’s all about trying to ensure there’s closeness in competition and some teams aren’t leaning their engines out too much and those sorts of things.

“It’ll be interesting to see how that plays out.

“We’re pretty confident with that as well, it’s been quite a technical challenge for the category in bringing in those changes and I think that’s been quite telling in terms of the off-season break, how much work has gone into that, but we’ll see how it plays out.

“It’ll be interesting, but I don’t necessarily think it’ll shake the order up too much.”

The test will also offer teams an opportunity to adjust to running on linear springs following the move to ban the twin spring dampers.

Reigning champion Scott McLaughlin believes the rule change will prove to be a ‘leveller’ for the Supercars paddock.

“The twin spring/linear stuff is a big thing. It’s a big, in some ways, a leveller,” said McLaughlin.

“The twin spring was expensive to run and develop.

“I can understand why they’ve done it. Definitely for smaller teams, one-car teams, it’ll help. It’ll be interesting.

“For me that’s probably the biggest eye-opener (of the rule changes). That’s that I’m going to have to get used to as a driver, because traditionally I did love a twin-spring feeling in the car.

“But, we did run (linear) in the past and it worked better as well. It’s just a matter of getting used to it.”

Story agrees with his driver and expects the rule change to shake up the order.

“I think it’s going to be interesting, but it’s the same for everyone,” Story added.

“I think Erebus will come out of the box really strong, I think they’ve quite famously run linear and won Bathurst with it a couple of years ago and damn near won the thing last year with a similar sort of set-up.

“I think it will shake the pecking order up a little bit. It certainly requires a bit less labour on mechanics pressing springs and getting things ready between sessions.

“It’ll be interesting to see how that plays out, but again it’s the same for everyone. We look forward to the challenge and we’ll make that work for us.”