Supercars in dialogue with IndyCar over Gold Coast race bid

Supercars in dialogue with IndyCar over Gold Coast race bid 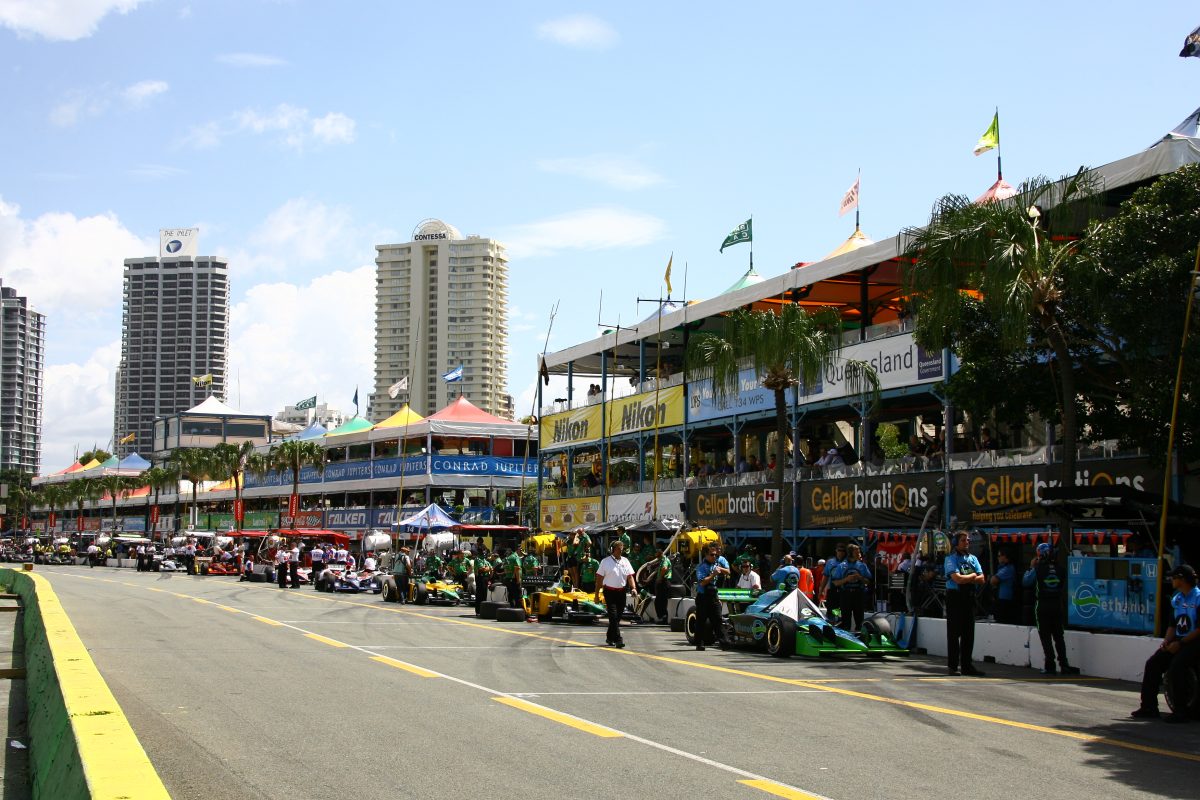 Supercars is willing to work with IndyCar to establish a race on the Gold Coast as options continue to be evaluated between the two parties over the coming weeks.

Sean Seamer, the boss of Australia’s premier series met with both IndyCar and NASCAR officials in the US to discuss future tie-ups with the categories at the Gold Coast in December.

IndyCar has been the most active in pursuing a race on the Gold Coast after its boss Mark Miles visited the city to discuss a possible race with Queensland Premier Annastacia Palaszczuk in November.

The American open wheel series is keen to host a race on the Gold Coast as soon as February 2020 as it looks to recapture previous glories when IndyCar/Champ Car raced at the venue from 1991-2008.

A IndyCar comeback however presents several challenges with the old IndyCar circuit no longer feasible and the current Supercars layout thought to be too short.

Hosting a race in February is also thought to be an issue due to the cost and infrastructure required to build the circuit and timeframe to construct the venue.

The Gold Coast’s storm season during that period is a factor that needs to be considered alongside its proximity to the Australian Formula 1 Grand Prix.

Supercars currently owns the infrastructure, pit buildings and barriers and is well versed in building the venue for its annual race in October.

Seamer believes the plan is not entirely unfeasible and expects ideas to be discussed during the next six weeks.

However he feels it would be best if IndyCar and Supercars work together on the project.

“I had a chat to the guys at Indy around Gold Coast and what the potential options might be there as well, so it was a good trip,” said Seamer when asked about his trip to America by Speedcafe.com.

“From an Indy point of view, the options and opportunities for how that might work probably are still going to take another six weeks to work through details on that.

“The biggest challenge that we have with trying to do something with IndyCar; one is the track, the other is the time, and they have been pushing to run in February because they don’t want to end their season outside of America.

“They don’t really want to do an exhibition race, so if anything, they’d like to make it the first event of the year, and run in February.

“As we all know, February is pretty hot and wet on the Gold Coast, so that’s a bit of a challenge.

“The track would need to be changed in order to add more passing opportunities for them, but it’s not entirely unfeasible to do it. It’s just a question of time and money.

“The other challenge of time is the build, so unless it was at the end of February, you wouldn’t be able to get the track built outside of school holidays.

“Nobody wants to be building a race track in school holidays on the Gold Coast; that’s a very easy way to upset a lot of people. So, there’s a few things. There’s a few bits to be worked through.”

While IndyCar’s plans to race on the Gold Coast have taken centre stage in recent months, plans for a tie-up with NASCAR at the event remain on hold.

Supercars announced at last year’s Gold Coast 600 that it was in preliminary discussions with NASCAR to host an exhibition race at the street circuit venue in the future.

Seamer says that developments are unlikely to eventuate until Supercars works through its move to a potential summer series calendar and NASCAR concludes its schedule changes.

“Until all of those things are washed out, whether some of their drivers come out, some of their cars come out or nothing happens at all, it won’t be decided until we’ve both gone through our calendar work that we want to do.”

However, Seamer admitted that the meetings with NASCAR were positive and was impressed by the category’s facilities, namely Daytona.

“I mean, those guys got a $500 million dollar stadium over there, that can fit 220,000 people in one day, and I was a little bit jealous of the facilities, to be sure.