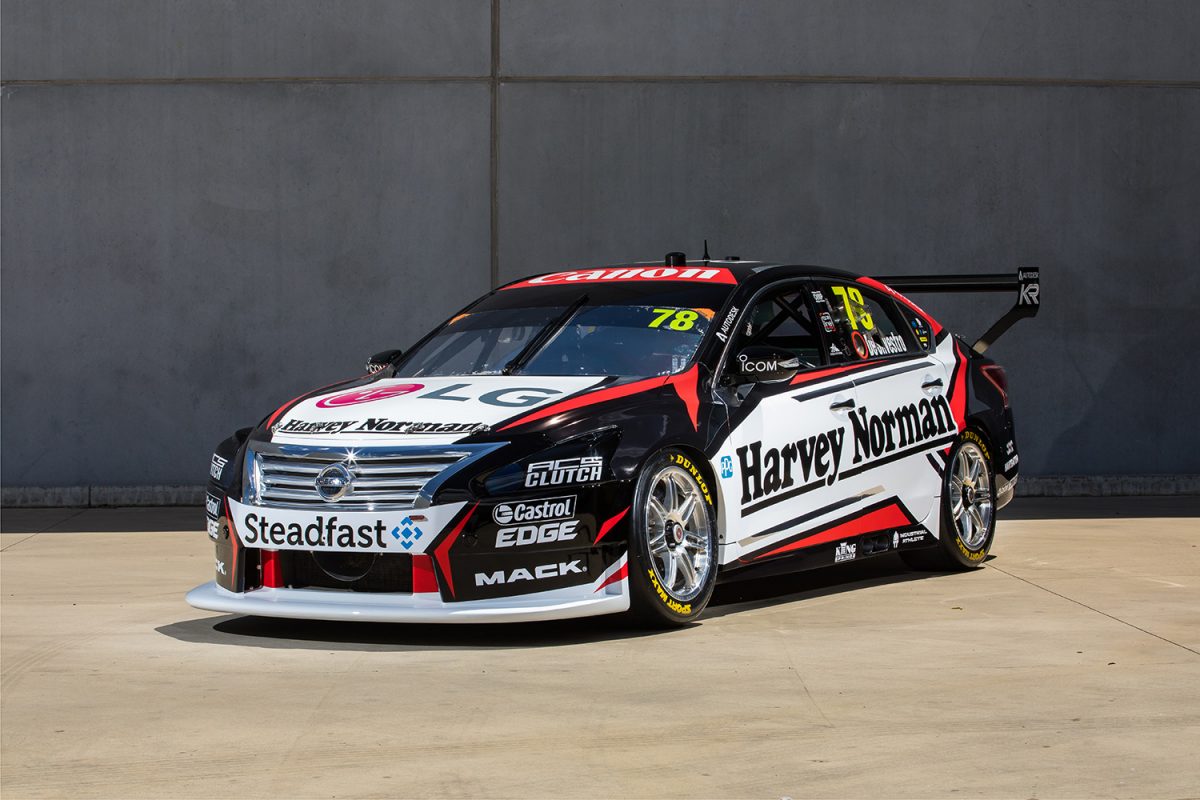 De Silvestro will continue to race in a black, white, and red machine, although the shades on the flanks of Car #78 have been reversed relative to last year’s livery.

The 30-year-old Swiss driver embarks on her third full season in the Virgin Australia Supercars Championship after a busy off-season.

She cut laps in a Venturi Formula E car in Saudi Arabia as part of her new simulator/test role with the Monaco-based outfit.

“I don’t think I’ve ever felt as prepared for a season as I have for this one,” she remarked.

“After Newcastle, I did some Formula E testing in Saudi Arabia, and then competed in my first 24 Hour endurance race at Daytona.

“I certainly feel race fit and ready for my third season in Supercars.

“The Team Harvey Norman car looks great, as always, and I’m really looking forward to getting back on board at the Phillip Island test.”

De Silvestro finished 2018 in 23rd in the standings but bagged a career-best 10th position in the penultimate race of the season.

She, Rick Kelly, and Andre Heimgartner, are the incumbents at Kelly Racing, which starts a new era without factory support from Nissan, after it eventually locked in the latter for another year.

It has also been confirmed that Garry Jacobson will line up for the team in his maiden full-time tilt at the Supercars Championship, taking the seat previously occupied by Michael Caruso.

The new season is being launched today ahead of a test day at Phillip Island tomorrow.