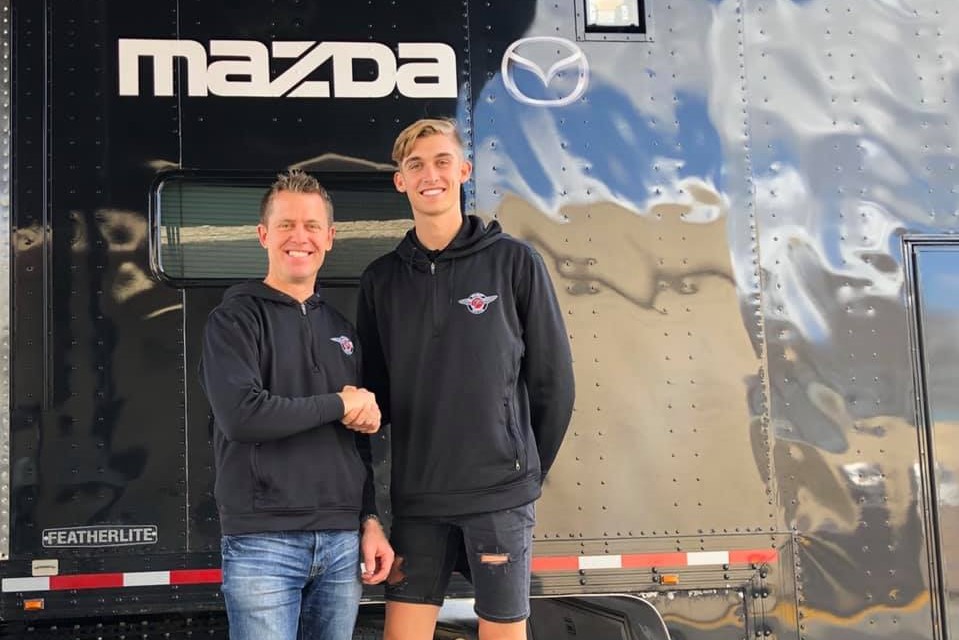 The United States-born, formerly Australian-based Kiwi claimed last year’s Formula Ford title and went on to win the Mazda Road to Indy Shootout, granting him a scholarship to race in USF2000 in 2019.

He has since signed on to compete with the team which has won the last two USF2000 titles.

“I am extremely happy to be joining a top Road to Indy team such as Pabst Racing,” said McElrea.

“I am really looking forward to putting the massive effort from the team and myself from the off season to use, and I will do my very best.

“Without the amazing support from Mazda Motorsports and my personal sponsors, Doric NZ and Miles Advisory Partners, I would not be here, so I cannot thank them enough for giving me this amazing opportunity.”

The 19-year-old had already tested with Pabst earlier last year at the Chris Griffis Memorial Open Test, and the team is pleased to have him back.

“This announcement has been in the making for quite some time and we couldn’t be more excited to have a talent such as Hunter as part of our team,” said team owner Augie Pabst.

“Mazda Motorsports has been a huge part of open-wheel racing for many years and we couldn’t be more honoured to put this effort on the racetrack for 2019.”

McElrea was a standout in Australian Formula Ford last year and while USF2000 is the United States’ equivalent, there is some adjustment that he will have to make.

“The main difference from the Formula Ford I was driving last year is having a slick tyre and aerodynamics,” he noted.

“This obviously means a lot more overall grip which I really like.

“Living in the US this year is also a new adventure which I am enjoying a lot.”

The USF2000 field is set to test at Homestead-Miami Speedway on March 2-3, before the first two races of the season in St Petersburg on March 8-10.