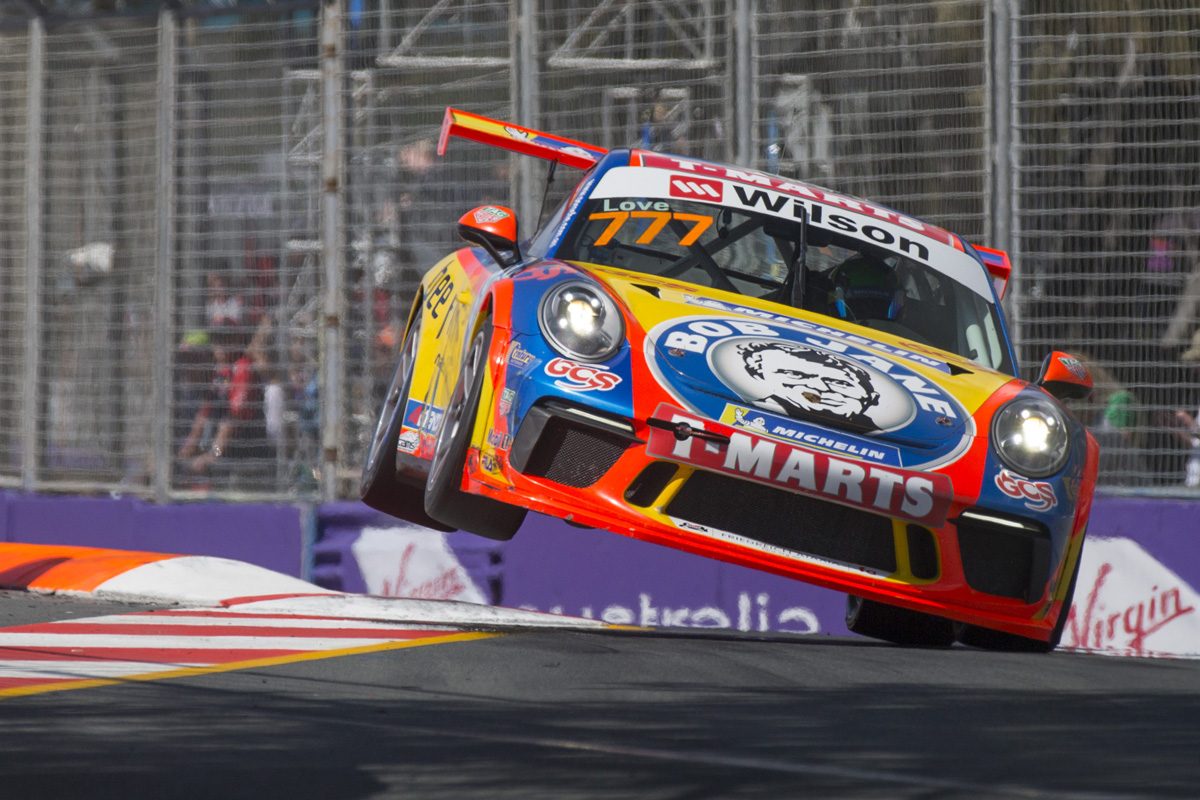 Porsche Cars Australia has made changes to the Porsche Michelin Junior Programme Australia for the coming season that will see more young drivers rewarded.

Previously drivers had to be nominated as a Michelin Junior in order to receive benefits in the way of reduced race fees and free tyres.

For this year all drivers who meet the new criteria across either Porsche Payce Carrera Cup Australia or Porsche Michelin GT3 Cup Challenge will be eligible for $300,000 worth of benefits.

The round-winning Michelin Junior in either series will receive free entry into the next event, while the top three juniors each weekend will receive a set of tyres.

Also set to be introduced is the Michelin Super Round, where the round-winning junior at the Rolex Formula 1 Grand Prix will receive a trip to the Formula E event in Berlin in May.

The nomination for the coveted Porsche Motorsport Junior Programme Shootout, which was last year won by eventual Carrera Cup Australia winner Jaxon Evans, will go to the highest-ranked Michelin Junior at the time.

Furthermore, the ultimate Michelin Junior winner from Carrera Cup will receive a trip to Germany in December to attend the 2019 Porsche Motorsport Night of Champions in Weissach, while all eligible drivers will be invited to take part in a driver training course in March.

They can also have not previously attended the Porsche Motorsport Junior Programme Shootout, and must commit to the full season.

“Locally, we’re immensely proud to have had these two incredible talents rise through our system and we hope that this programme gives the current cast of Michelin Juniors the best possible chance to follow in Matt’s and Jaxon’s footsteps.

“Such a comprehensive driver development programme wouldn’t be possible without the support of Michelin Australia, who sees the potential in current Australian-based Porsche drivers and the importance to providing a programme through which young drivers can realise their racing dreams.”

“Michelin is proud to once again support the Junior Programme in 2019,” said Tulsidas.

“The local partnership we have built with Porsche provides the Australian motorsport community with the most successful driver development program currently available and we look forward to continuing this support into 2019.

“Michelin’s ultimate goal for this programme is to help fast-track young and talented drivers from the region to the highest level of international motorsport.

“This year, we have made some improvements to the programme to benefit every Michelin Junior looking to grow on and off the track, including the exciting Michelin Super Round concept to include some added incentive at the Carrera Cup round at Albert Park.”

Round 1 of Carrera Cup takes place at the Superloop Adelaide 500 on February 28-March 3 while GT3 Cup Challenge opens at Symmons Plains when it will support Supercars for the first time on April 5-7.