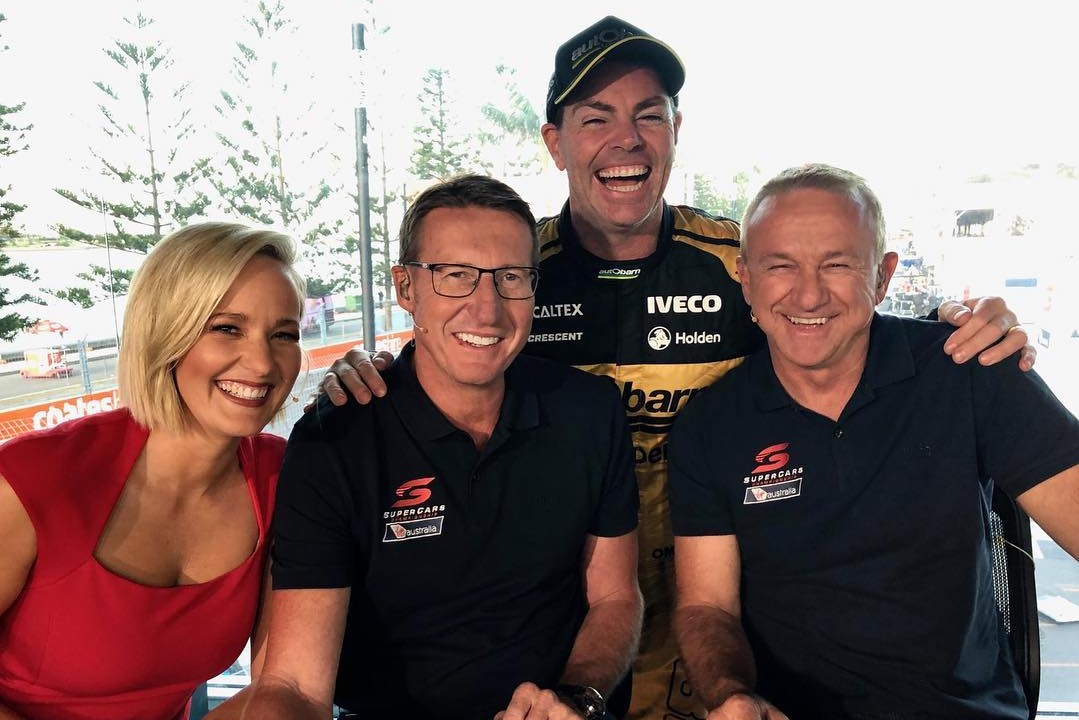 With the news that Russell Ingall will be dropped from Fox Sports’ Supercars team, Speedcafe.com wants to know who your favourite pundit is in this week’s Pirtek Poll.

Ingall will no longer be a part of Fox Sports’ presentation with Craig Lowndes, whose move into television was announced along with his retirement last July, to take over the position which ‘The Enforcer’ had held.

Fans have reacted with anger to Speedcafe.com’s report about Ingall’s axing, which continued with the subsequent confirmation of Lowndes’ role on the telecasts, despite the immense popularity which the latter has enjoyed for over two decades.

It is that widespread recognition which Fox Sports is presumably hoping to tap in to, with Lowndes’ appeal cutting across the highly partisan Supercars fanbase and also through the general public.

Ingall, while admired by more dedicated Supercars fans for the no holds barred analysis which differentiated him from a number of his peers, is a less marketable name to offer to casual viewers.

Speedcafe.com wants to know who you think is the best Supercars television pundit.

For the purpose of the exercise, the shortlist includes former drivers who work or have previously worked as pit reporters and/or support category commentators and could therefore potentially fill a commentary box or studio role.

A mainstay of commentary since 2003, and a presence intermittently for years prior, Neil Crompton’s smooth delivery has seen him assume the play-by-play role in the booth on a permanent basis.

While his commentary is greatly respected, Crompton also has an underrated aptitude for interviewing drivers and team members, including when let loose for a grid or pit walk.

Ingall took quickly to his new life as a television pundit in 2015 and, consistent with his driving days, spoke without fear or favour.

His honesty cost him a place on Inside Supercars, which was produced in-house by Supercars Media, in 2016, but the fans relished his to-the-point style in an environment where others are prone to sugar coating their words.

Andrew Jones is a surprise find since he announced he would be stepping away from driving in Super2, but has turned out to be a well-spoken commentator and pit reporter.

While usually only heard on broadcast during Friday practice as far as the Virgin Australia Supercars Championship is concerned, Jones has at times been ahead of the TV pit reporters when working on the big screen feed.

Mark Larkham became a cult figure in the Seven days from 2008 and was a popular addition to the world feed last year, having been relegated to a part-time position on Ten in 2015.

Larkham is perhaps closest to Ingall’s blunt style but also has arguably the greatest ability to break down complex technical topics for viewers, and does so in a madcap manner which is entertaining in its own right.

Unlike the rest, he has seen the sport as not just a driver or even owner-driver, but a dedicated team owner in his post-driving days.

The Kiwi legend has worked as a pit reporter and Super2 expert commentator since the start of the current rights deal, having seemingly been groomed in the latter position in 2014.

While his touchscreen/tech centre role has mostly been usurped by Crompton (pre-race) or Larkham, Greg Murphy’s commentary has improved noticeably in recent seasons.

As one of the greatest drivers in Supercars history, Mark Skaife is obviously a knowledgeable contributor and furthermore brings experience as a team owner.

There is no doubting Skaife’s infectious passion, it often leads him to stray into hyperbole, and the astute technical observations are not as common as in his early years in commentary.

Who is your favourite Supercars television pundit? Cast your vote in this week’s Pirtek Poll.