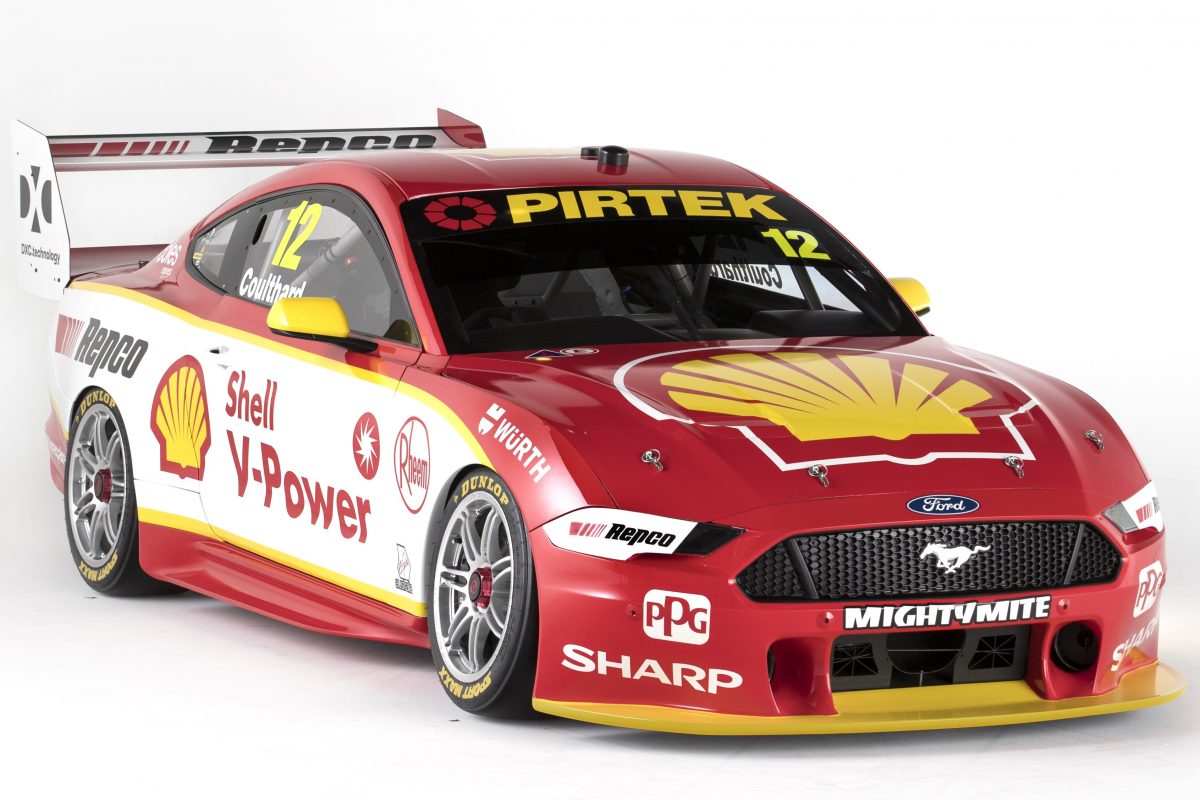 Shell V-Power Racing managing director Ryan Story has admitted that the look of the Ford Mustang Supercar is polarising following its 2019 season launch.

The Queensland squad took the covers off its Mustangs during a special launch event in Melbourne attended by Story, drivers Scott McLaughlin and Fabian Coulthard, and the team’s legendary co-owner Dick Johnson.

Following its initial reveal that saw the Mustang displayed in a blue camouflage livery in November, the car has divided opinion among fans given its differing look compared to the road going version.

Teams had urged the public to wait for a livery before casting judgement on the look of the car.

Ford Performance’s official launch of the car last week quelled some of the original negativity although opinions remain mixed.

Today saw a true test for the car with the launch of the popular Shell liveried Mustangs.

Speaking to media after the unveil, Story said it was always going to be challenging in the aesthetics department given the coupe had to fit on Supercars’ control chassis. 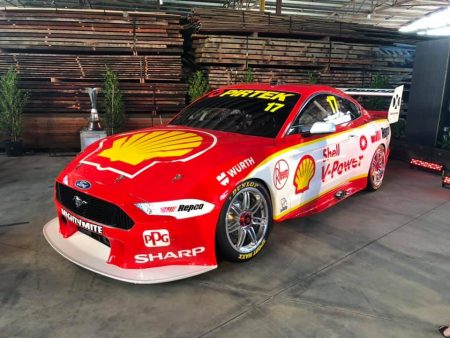 “I think it was always going to be a little bit polarising, just in terms of the decisions that we had to make to ensure that we met the rules of Supercars and effectively fitting the Mustang onto the control chassis,” said Story.

“It was always going to be challenging.

“I think there’s some things in hindsight with the camo livery, it did almost too good of a job of hiding some elements of the car, but it certainly made for a great unveil today, and Ford’s soft release last week was pretty exciting for people to see the car for real for the first time.

“We certainly kept a few things up our sleeve, which is good.”

Story admits it was a tricky balancing act in ensuring the car stayed true to the Mustang’s looks while also achieving maximum performance when the design was conceived.

“We’ve talked about our relationship with Ford in terms of developing this car and the role Ford Performance played, but it’s also important to understand and appreciate the role that the Ford Asia-Pacific Design Studio played in terms of the aesthetics of the car and ensuring we keep the Mustang DNA in there,” he added.

“That was a big part of the project for us, Todd Willing (designer) and his team were significant contributors to the Mustang Supercar project

“The primary player in the development of the car was Ford Performance, so the hint is probably in the name.

“I think some of the mixed reaction has been interesting, but we take it in our stride.

“I think the car in its warpaint looks the goods and I think Brian Novak (motorsport supervisor) from Ford Performance said it best, there are no ugly cars in victory lane.”

Reigning champion McLaughlin agrees that the car looks far better now in its warpaint while acknowledging the social media commentary on the some of the car’s features.

“It’s exciting. For me, it’s nice to see it with the proper colours on it.

“I think it looks a lot better than with the camouflage and all that sort of stuff.

“I’m just excited to get on with it. It means we’re getting closer to Round 1 and driving the car for the first time.

“I love it. The rear wing is a bit talking point between a lot of people, but once I’ve seen it with the stickers on it it looks really cool. I think it looks tough.”

Having driven the final version of the car last week the 25-year-old admits it doesn’t feel that from inside the cockpit.

“You can’t even notice it. The only thing you notice is there’s no scoop anymore.

“But if I was thrown in the car blindfolded, at the start when we were testing, the only reason I’d know is the mirrors. The mirrors are the only giveaway.

“Apart from that, sitting in the car the surrounds are all very similar.”

Meanwhile, team-mate Coulthard believes the outfit has ticked the box in the looks department.

“I think from when everybody saw it for the first time with the blue camouflage livery it disguised the shape of the car probably too good,” said Coulthard.

“I think now that is has our Shell V-Power livery on it you can see the shape of the car and the lines on it, I think it looks awesome. Half the battle is looking good and we have ticked that box.”

The new look Shell Mustangs will hit the track for the first on Thursday at the Phillip Island pre-season test.