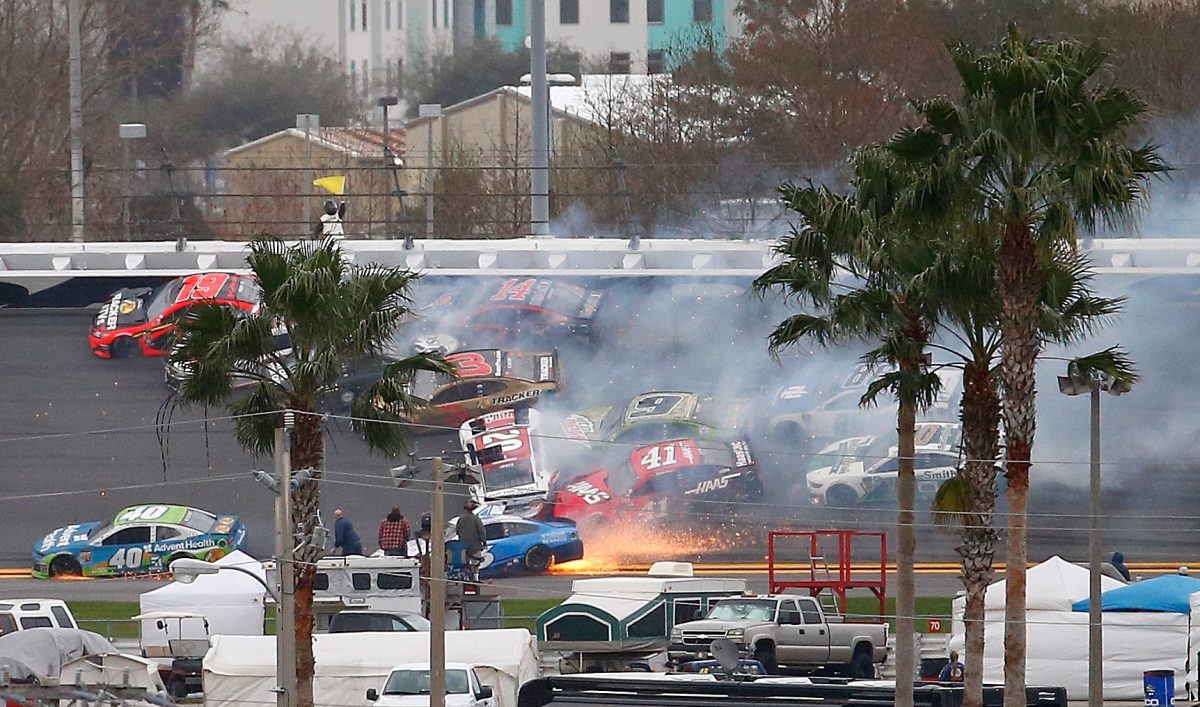 Jimmie Johnson clinched a rain-shortened NASCAR Daytona Clash after causing a wreck which eliminated most of the field.

As the pack rounded Turn 2 on Lap 55, Johnson had a big run on leader Paul Menard and pulled alongside on the back straight.

Menard moved down the track slightly and the pair made contact, turning the #21 Wood Brothers Racing Ford around in front of the pack as Johnson continued on.

With Johnson out front and the race red flagged for a third time shortly after the incident for rain, the #48 Hendrick Motorsports Chevrolet was declared the winner.

Hendrick Motorsports dominated qualifying for the Daytona 500 earlier in the day, with William Byron (#24 Chevrolet) taking pole position for next week’s curtain raiser and Bowman to start alongside.

The Daytona 500 takes place on Sunday (local time) after Thursday’s Duels, which will set the rest of the starting grid.