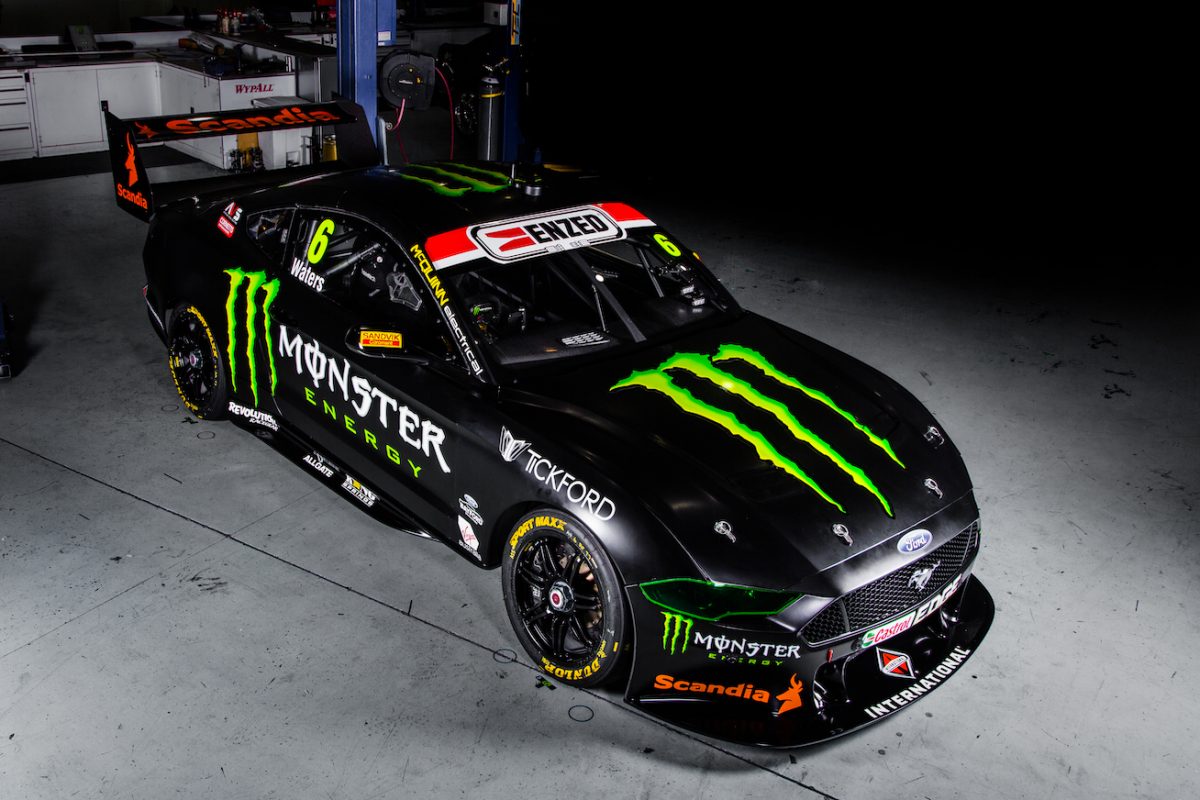 Tickford Racing has unveiled the Monster Energy Ford Mustang that Cameron Waters will campaign in the 2019 Virgin Australia Supercars Championship.

The Melbourne squad is the first to reveal the all-new Mustang Supercar in a full racing livery.

A renewed deal with naming rights sponsor Monster Energy sees the familiar black and lime green colours associated with the energy drink return on the car.

Waters is gearing up for his fourth full-time Supercars campaign after a disappointing 2018 that saw the 24-year-old finish 16th in the standings.

“Obviously Monster Energy has been on my car since my rookie year, so I’m pumped to have them back on board for 2019,” said Waters.

“They’re the perfect brand for what we do and they’ve been a great brand to represent, especially with the Mustang coming online this year.

“We’re entering a new era of the sport, what with the Mustang being the first two-door car and just the history behind Mustang, so it’ll be cool to have Monster be a part of it.

“Everyone’s wanted to see the Mustang Supercar in a race livery, and it’s safe to say it looks fantastic in Monster Energy colours.

“It’ll still be the best looking car on track. I can’t wait to fire it up, and hopefully celebrate some big results in it in 2019.”

The car will hit the track for the first time on Thursday at the Phillip Island pre-season test.

It is expected that newly signed co-driver Michael Caruso will join Waters for laps in the Mustang. 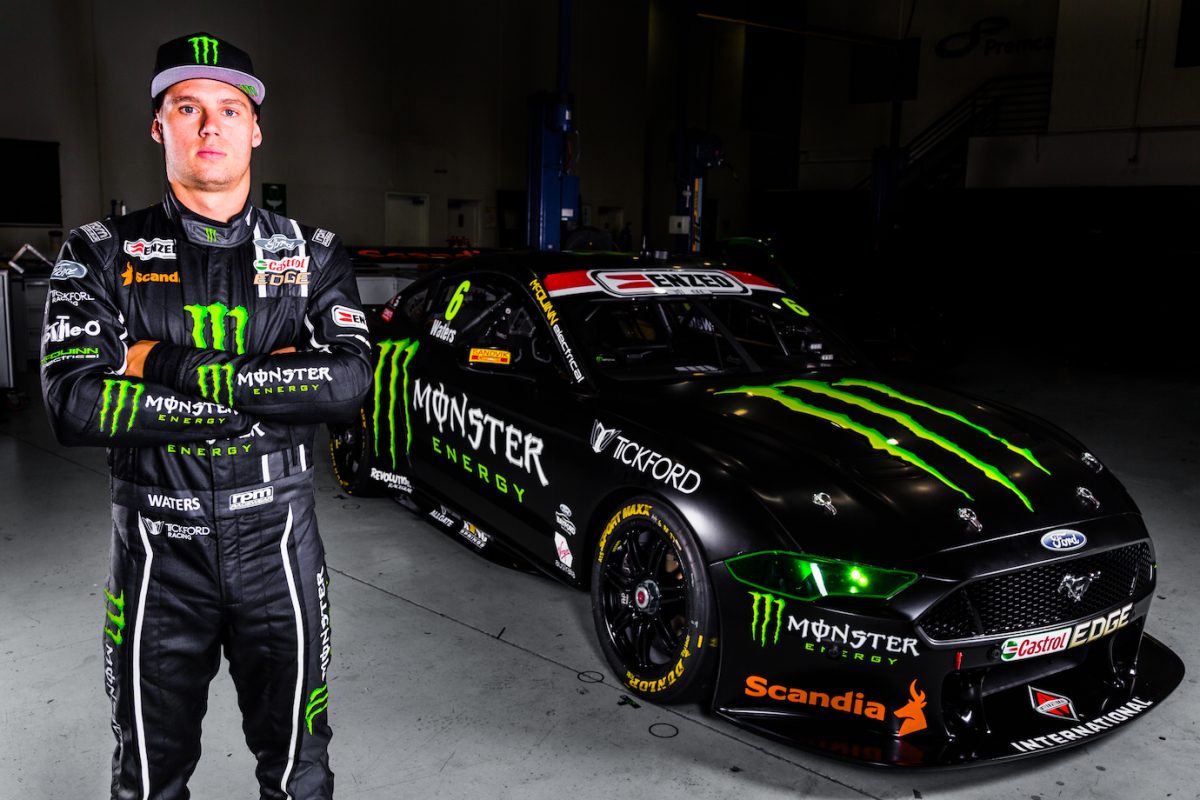