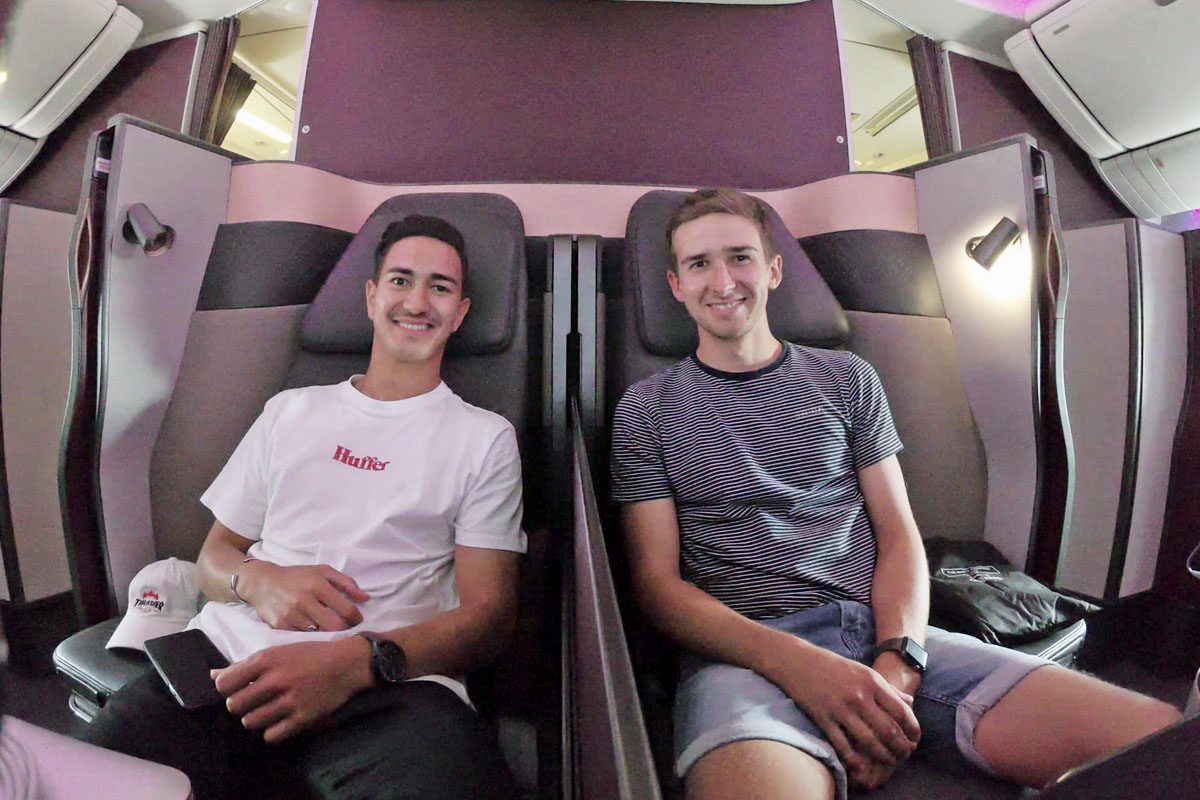 Speedcafe.com recently sat down with Jaxon Evans and Matt Campbell to talk about life as a Porsche Junior Driver, and their expectations heading into the 2019 season.

SPEEDCAFE.COM: Jaxon, you’re heading to Europe and will share a house with Matt, who has been through what you’re about to experience. Does it feel like Matt is a big brother in some respects?

JAXON EVANS: I think to have Matt two years ahead in the whole scale of everything is sort of like that big brother role for me, but I probably won’t let him call me that! It’s someone that I can ask questions, and have a clear understanding on what is on the cards for the future on what I need to really do to keep progressing within the Porsche Motorsport family. And yes, someone that is hopefully going to make my life a little bit easier than for himself when he went over. Obviously he had no one with him, and even just to have someone I can speak English with and understand, and maybe miss home together with, it will be a positive for me.

SPEEDCAFE.COM: So what sort of lessons are you learning at the moment?

EVANS:  Yeah, it’s the simple things of I guess, cooking, cleaning, washing. I started sort of trying to do that. I’ve been pretty lucky at home, I have a supportive family, so I’d say they’ve done that for me. Obviously being away from people that you may hang out with quite often would be a little bit difficult for me I think.

SPEEDCAFE.COM: You’ve been over there for a couple of years, you’ve got your feet under the table there now. What’s it like at home? What’s the atmosphere like?

MATT CAMPBELL: Two years by myself, but now with Jaxon coming over, it will be nice and refreshing, something new for myself. I’ve really enjoyed my time, but to have someone else there with me, most of the time during the week would be a nice change for the future.

SPEEDCAFE.COM: What’s it like looking at guys like Mark Webber and Earl Bamber and what they’ve done, and with Porsche, and relating that back to your own experience?

Campbell: Porsche as a manufacturer, as a racing driver, that’s where you really want to be. Porsche hold on to their drivers, you look at Timo Bernard, or even Pat Long, they’ve basically been there for their entire career, ever since they were 18, 19. And now they’re still there and they’re in their late 30s or early 40s. I think from outside of things, it’s a really good thing for the future, because if you do a good job, Porsche will hold on to you. And I think that’s key I suppose for international and GT racing. If you can have a long career like that, it’s absolutely perfect. And even after you finish your professional racing career, Porsche will also try and help you after that stage of your life is finished. So I think it’s very exciting, and a good thing for ourselves going into the future.

EVANS: I think the series is called the Supercup for a reason, and it’s obviously very competitive, races on some pretty amazing tracks alongside Formula 1 calendar. So that’s something that will be a completely new experience for me. New tracks, and the likes of the second round being in Monaco is something maybe I thought I’d go watch there first before I drove a race car around the circuit, but something that I’m really looking forward to. So don’t feel like I’ve jumped in the deep end, but I know that the competition again will be a step harder than what it is here in Australia but I think having two years in Carrera Cup here has really prepared me for going over there.

SPEEDCAFE.COM: What do you think the hardest thing about this year is going to be?

EVANS: It’s probably something that I haven’t spoken to Matt about, but me personally thinking about what’s happening, especially in the immediate future.  I think it will be moving away from home, not having what you would call a safety net, in not so much racing but life outside of the race car. But it’s something that I’m looking forward to. I think once I’m in the car, and I’m at the race track, and everything will sort of feel natural again. And yes, I would say the moving away side of things.

SPEEDCAFE.COM: Matt, winding the clock back a couple of years you were in Jaxon’s position. What was the hardest thing for you looking back now?

CAMPBELL: It’s really hard to pinpoint one but I suppose when I was leaving Australia I didn’t really know what to expect, and it was very hard to know what was coming for me, because I had no experience overseas. I left Australia with a bag and a boarding pass, I didn’t know where I was going to live, or anything like that. It all worked out to be very good in the end.  But you know, it’s hard to know what’s going to be coming in the future, and for sure this was something that I didn’t necessarily struggle with, but I didn’t know at the time when I first went over. Once you get your feet on the ground there, it all sorts of starts to make sense. But for sure, the first month or two it’s challenging times but I think it’s the same for everyone who takes a similar journey and want to make the trip to Europe. I think it’s a big part of going over there. You just have to do what you do, and go over and try and make it.

SPEEDCAFE.COM: The programs you’ve both got ahead of you this year, some busy programs for the pair of you. What are the goals? What’s going to be a pass mark for you in your own head in terms of what you achieve in 2019?

CAMPBELL: I’m doing multiple championships this year, in multiple different cars. So just trying to do the best job in each of those but we’ve got a lot to think about as well with brand new GT3 R also. So lots happening this year. A lot more testing going on as well, so very busy behind the scenes. So very exciting, and mainly looking forward to it, because you never know how things are going to pan out with international GT racing. Manufacturers and everything like that.

EVANS: For me, the Supercup is probably the most competitive Porsche series, or one-make series, in the world. I certainly look forward to the challenge of racing against some of the best Cup Car drivers in the world, and learning some of these iconic circuits. Getting in the car more often, maybe learning some different driving techniques for different track conditions and everything. But yeah, it’s all something that I’m really looking forward to.

SPEEDCAFE.COM: Putting you on the spot, are race wins realistic?

EVANS: Yeah, I think realistic for sure. If you’re not going over there with the confidence in yourself to do well, then it’s never going to happen. So I have to keep a positive mindset, but at the same time be realistic about my goals. I think from my experience here in the Cup Car in Australia, it’s something that I’ll take over there. Obviously I have to work on to be at the front, but it’s certainly something I’m not going to shy away from.