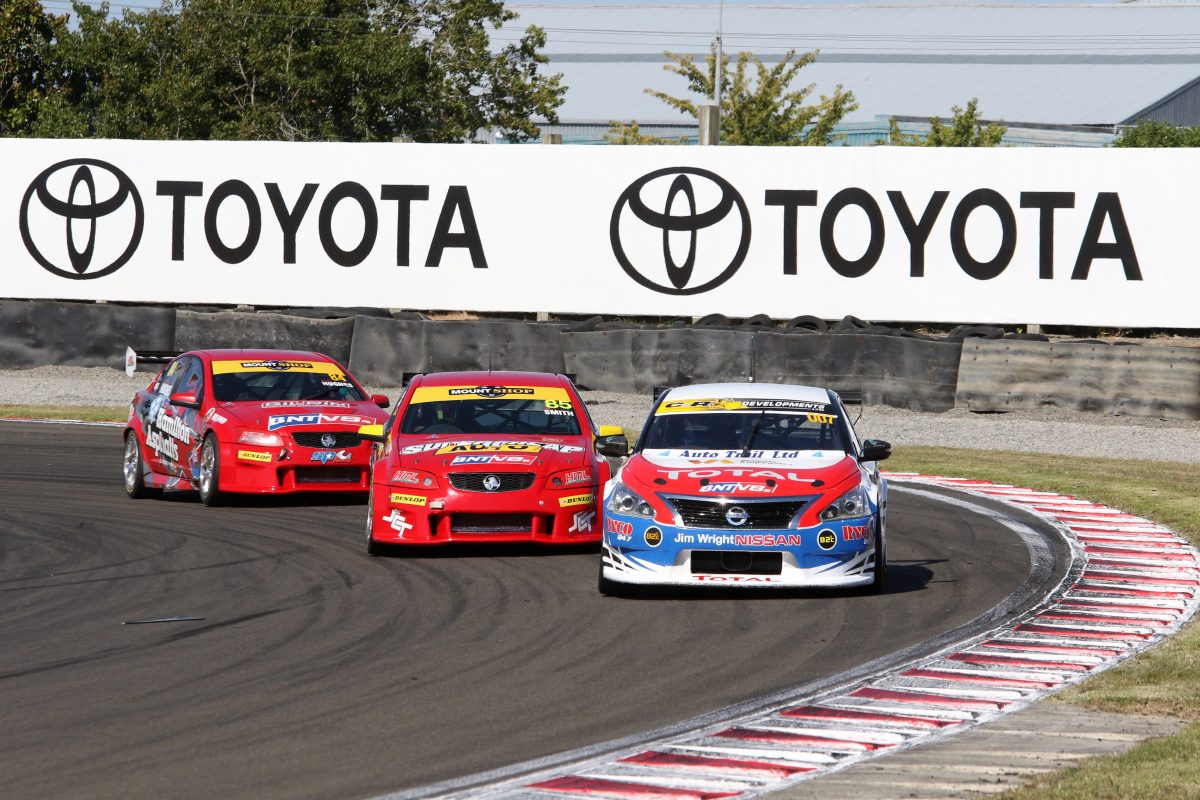 Nick Ross has withstood high pressure from Jack Smith to win Race 1 of Round 5 of the BNT V8s Championship at Manfeild Circuit Chris Amon.

Just over three tenths of a second separated the title protagonists at the chequered flag as Ross capitalised on Smith’s poor start from pole position.

The Australian made a hash of his launch and was passed by Ross and then Brenton Grove on his outside, while the next four briefly went four-wide.

Smith recovered one position when he got down the inside of Grove at Turn 1 on Lap 2 as the latter got crossed up and briefly onto the grass, resulting in Lance Hughes also going by.

The Super2 driver showed the nose of his #85 Hamilton Motorsports Commodore several times, he and Ross even going side-by-side through Turn 1 at the start of Lap 8.

Ross regularly mid-tracked the Nissan under brakes and managed to deny the series leader, while Hughes tailed both of them to finish only another three tenths back in the #84 Hamilton Motorsports Commodore.

“That was awesome, a cool race,” said Ross.

“We still don’t quite have the pace that Jack has, but it’s a lot better than at Teretonga.

“We can actually get bit of a gap every now and then, but then the tyres go off and we have to re-set.

Grove ended up sixth, Lathrope seventh, and Chelsea Herbert eighth after a spin at the end of Lap 1.

Herbert had been running fifth when she sprayed her #62 Camry off the track at Turn 7 but just saved it from hitting the tyre wall.

The penultimate round of the 2018/19 season concludes with two more races tomorrow in Feilding.