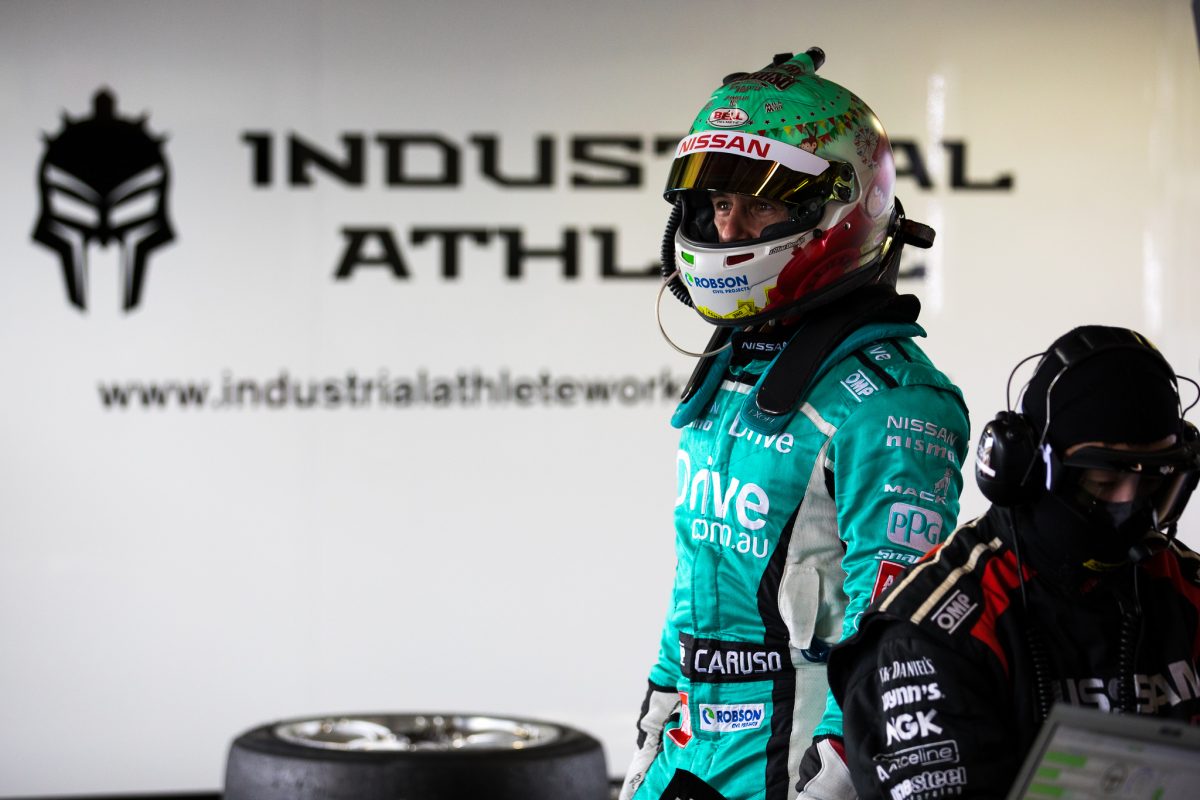 Michael Caruso is determined to make a full-time Supercars comeback next year after missing out on a drive for the 2019 campaign.

The two-time race winner has been left on the sidelines this season after losing his drive at Kelly Racing, ending an 11-year consecutive run as a full-time driver in Australia’s premier series.

Caruso’s seat at the Braeside outfit is to be taken by Garry Jacobson who will be officially announced by the team next week.

Following last week’s confirmation of his fate, the 35-year-old has landed a plum co-drive at Tickford Racing alongside Cameron Waters.

The drive arrived after missing out on a enduro seat at Triple Eight to Garth Tander following his shock departure from Garry Rogers Motorsport.

While looking forward to the Pirtek Enduro Cup, Caruso is adamant that his full-time Supercars career is not over and this year is purely a sabbatical.

“I want to be back in Supercars full-time,” Caruso, who has 346 starts to his name, told Speedcafe.com.

“I think the response from the race fans, and everyone to be completely honest has been phenomenal.

“It’s pretty humbling to get that type of response where everyone’s been sending me messages hoping that this is just a sidestep to getting back in full-time.

“I have belief in my ability to drive in the main series. So as we’re all aware, I just need to work on now putting a package together to put myself in a position to be there full-time next year.”

Having missed out on a full-time drive this year, Caruso is well aware how tough the climate is for teams and drivers to secure the finances to race in Supercars.

“I think it’s just tough for everyone,” he added

“Whether you’re a driver or a team owner, there’s no doubt the climate in motor racing, whether people like to face it or not, it’s not at its peak at this stage.

“But that’s where, as a sport, we all need to work towards adding the right ingredients to make that progression, because ultimately we’ve seen a few of the teams, or at least two licenses handed back.

“That’s never encouraging, but it’s the reality of running a car which does cost money.

“As I said before, it’s just going to come down to trying to put a package together with somebody or some people and trying to put myself in a position to be full-time next year.”

With only an enduro drive locked away for this year, Caruso has already fielded calls regarding his availability this season as he looks to add to his 2019 plans.

“At this stage, that’s (Pirtek Enduro Cup drive) all I’ve locked in,” he said.

“I mean, a few people have contacted me to see what my availability’s like, but it’s pretty early stages on anything else to be completely honest.

“In saying that, there’s only a few weeks until the season actually kicks off anyhow.”

Caruso is set to return to the Supercars paddock next week to drive Waters’ #6 Monster Energy Ford Mustang at the Phillip Island pre-season test on Thursday.