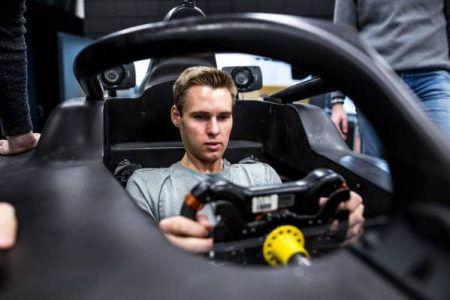 Aaron Seton has missed out on becoming a BMW Motorsport Junior driver after coming up short in the final stage of the shootout in Germany.

Seton was one of 20 candidates from across the globe selected to participate in the program, which saw him head to Europe at the expense of a start in last weekend’s Liqui-Moly Bathurst 12 Hour.

The 20-year-old was then selected to progress through to the final four, alongside Ben Tuck, Benjamin Lessennes, and eventual winner Erik Johansson.

Had he been successful, Seton would have picked up a factory drive with the Bavarian marque in the Italian GT Championship.

“I gave the 2019 BMW Motorsport Junior Shootout everything I had but unfortunately I just came up short,” Seton wrote on his Facebook page.

“I feel so privileged to have got the opportunity from BMW to come to Germany, all the way from Australia and be in the eyes of such an amazing motor company.

“I have grown so much as a person and a driver because of it. I’d also like to say congratulations to the winner Erik Johansson, you did an awesome job man and it was a pleasure to meet you. Good luck in the 2019 Italian GT Championship!

“To my family, sponsors and everyone who has been behind me throughout this journey, thank you!”