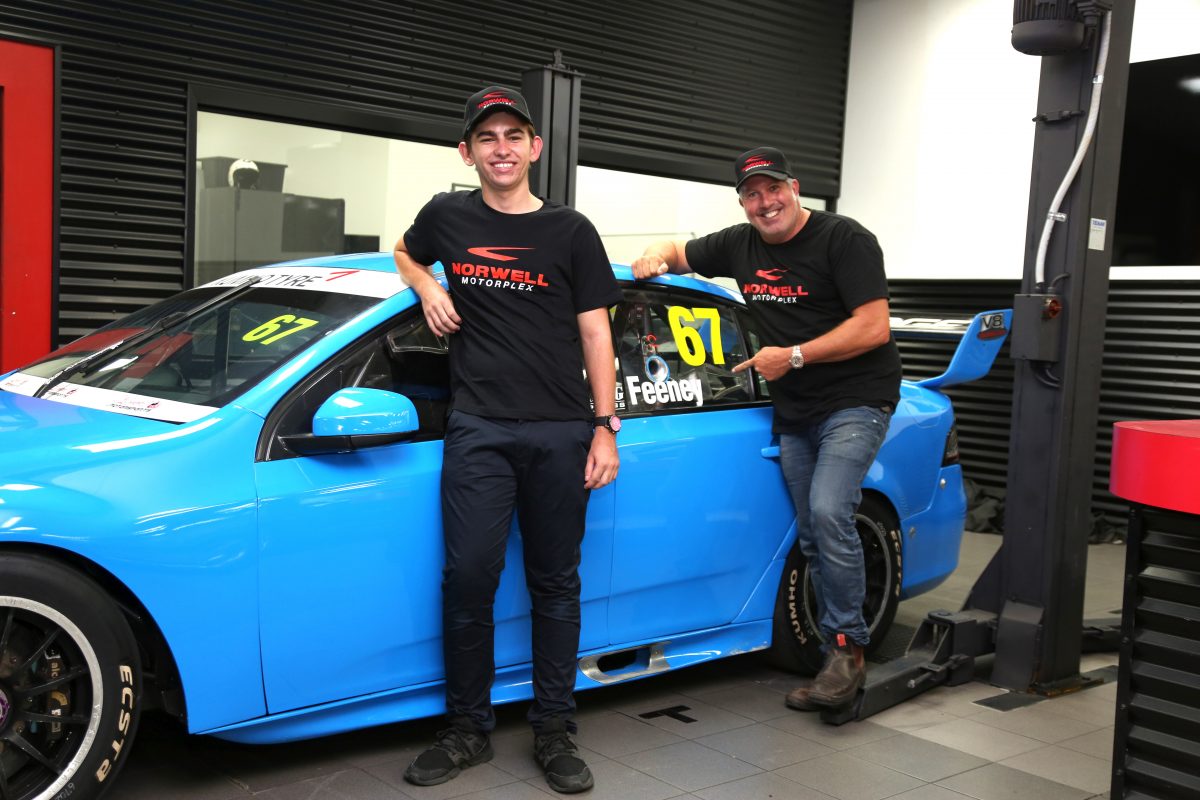 Feeney, a national karting champion, will embark on just his second year of circuit racing in an FG Falcon Supercar run out of PMM’s Norwell Motorplex base.

The Gold Coaster competed in the Toyota 86 Racing Series last year, his first of two race wins making him the youngest to do so in the category.

His move into Super3 comes in the first year that the series has run under the moniker as it officially becomes the third tier of Supercars.

“It is exciting that after just one season in circuit racing that we can move straight into the Kumho Tyre Super3 Series,” said Feeney.

“Paul has presented a very good opportunity for us to be part of, coupled with the additional interest in the Series this year moving into the Supercars ladder.

“I’ve already been working with Paul on driver training throughout last year with the Toyota 86 Racing Series and with the resources available at the Norwell Motorplex, it will give me an awesome platform to move forward in my racing career.

“Thankfully, I’ll start the season with some idea of what to expect having driven some evaluation laps in one of Paul’s cars, as well as a full days’ running with Brad Jones Racing at Winton at the end of last year.

“The work Paul has been doing with Anton De Pasquale and other young drivers over the past few years speaks volumes for what he is building on and allowing us to be part of.”

De Pasquale drove for PMM in Super2 for two years before his step to the Virgin Australia Supercars Championship last year, during which time he also made a one-off start in Super3 at Queensland Raceway in 2017.

Morris hopes to help Feeney also progress up the ladder.

“I’m looking to find the next big star in Australian motorsport and while there are many drivers out there looking to make their way forward, there are very few that have the ability to apply the theoretical applications delivered to them to their on-track driving,” said ‘The Dude’.

“Broc, I can see, has that ability. He has a natural feel behind the wheel, he doesn’t have too many bad habits and when we identify any that he does, we arm him with the tools to change it – he listens – and then he goes about correcting what we’ve identified.

“We aim to give young kids the right environment to learn in the right way and that is what we’re developing for Broc.

“He’s very similar to Anton (De Pasquale) in this sense, who is one of the most exciting talents I’ve ever had through the Norwell Motorplex.”

Melburnian Nic Carroll has also moved from Toyota 86 to Super3 this year, in the 2018 series-winning MW Motorsport Falcon.

The series starts at the WD-40 Phillip Island SuperSprint on April 12-14.