Hartley’s F1 axing a ‘kick in the nuts’ says Webber

Hartley’s F1 axing a ‘kick in the nuts’ says Webber 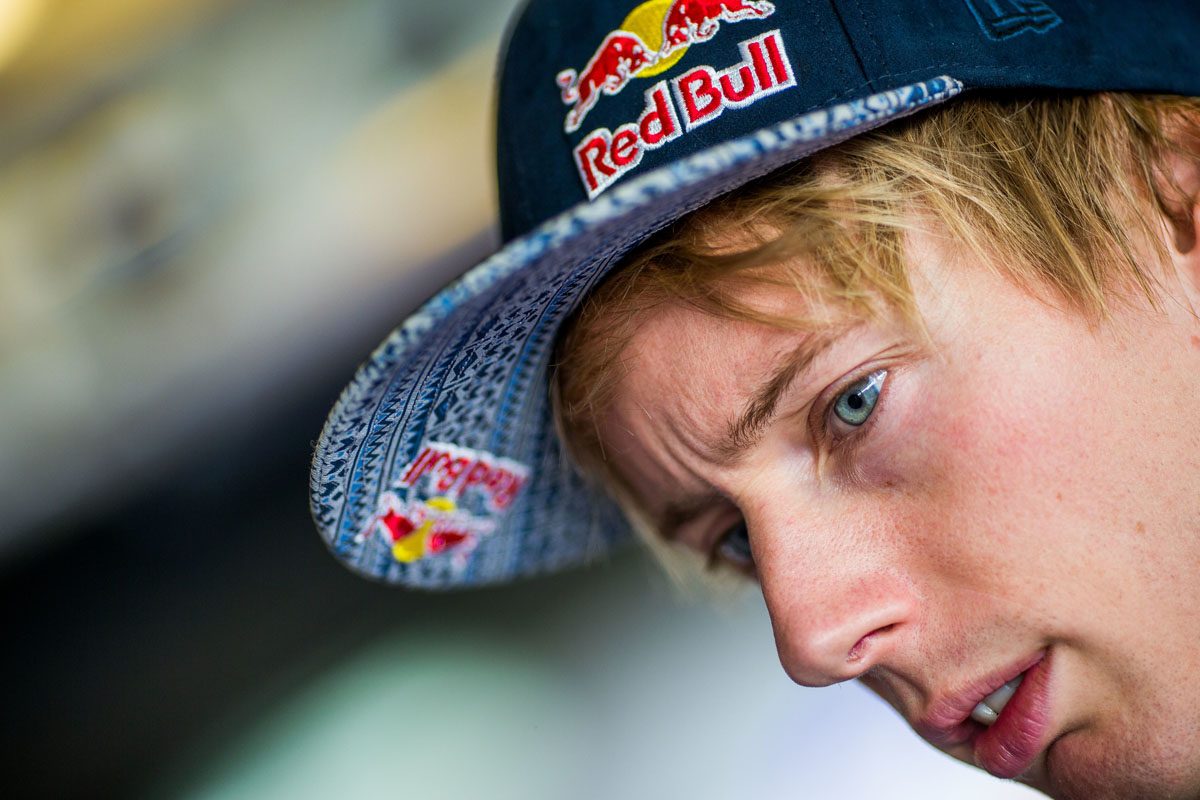 Grand Prix winner Mark Webber has described the axing of Brendon Hartley from the Toro Rosso Formula 1 squad as a ‘kick in the nuts’ for the New Zealander.

Hartley made his F1 debut in late 2017 with Toro Rosso before enduring a tough 2018 season that saw rumours surrounding his future begin to swirl just five races into the campaign.

The team ultimately took the decision to replace the 29-year-old in favour of Alexander Albon, news delivered to Hartley moments after the season-ending Abu Dhabi Grand Prix.

Webber, who worked with Channel 4 and was in Abu Dhabi as part of his television role, was a team-mate of Hartley’s at Porsche in the World Endurance Championship and crossed paths with the Kiwi shortly after the news was delivered.

“That was a fluke, we literally just came across each other,” Webber said when asked by Speedcafe.com.

“I knew he had just had the meeting but he asked me if I had a minute and then we went up and had the chat.

“Obviously, it was never nice for a driver to know that it’s over, so I could just be as reassuring as I could that.

“He gave it a red hot crack, did what he could do and obviously Red Bull were of the opinion that they wanted to change it up for Albon this year.

“So it was a pretty short and frank discussion.

“Now he’s in the next phase of (his career), when most guys have their F1 career shorter than they would like and they’ve got to re-pivot and go into that next phase of their career, which he’s doing now,” Webber added.

Though a tough call, Webber says that’s simply the nature of the sport.

“Time is a challenge in Formula 1; you have to be doing the lap times, all the time,” Webber explained.

“I think there were times where he felt that it was coming at him a bit quick maybe but in Formula 1 you haven’t got two or three years to get your eye in.

“He’s had a couple of chances, and for whatever reason Red Bull gave him that second chance which was amazing, and ultimately it’ll slowly wash out with him; there might have been things that he could have done better, but wow, he did have a bloody rough run of certain things, a bit of reliability here, the odd shunt here and there.

“People just look at the scoreboard and at the end of the day you’ve got to put it down where it counts and (team-mate Pierre) Gasly got key points in certain times.

“I just think Brendon felt that he would have liked to have been a bit more… the environment in the team was certainly pretty challenging from the off and I think that was a bit of a shock to him.”

In recent days Hartley has announced a varied program for 2019 that will see him make two cameo appearances in the World Endurance Championship.

That followed news that he’d signed as a simulator driver for Ferrari, while he’s taken to social media stating that he’ll play a part with Porsche in developing its Formula E entry.

A few announcements over the last days. I will be racing the next two rounds of the WEC with @SMP_Racing, I will be assisting Ferrari on their F1 world championship campaign as a sim driver, and I’m still together with Porsche and part of FE development. Calendar is filling up😀 pic.twitter.com/smbzWjgpFp