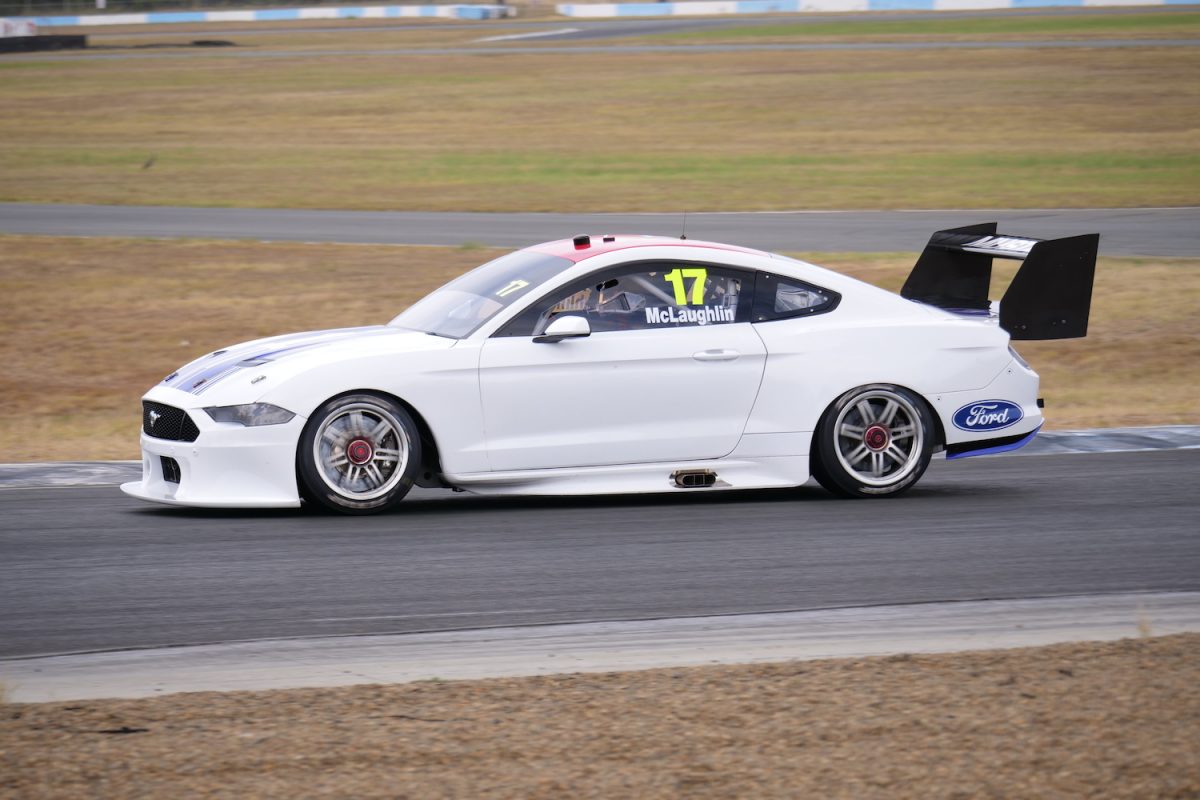 The reigning Supercars champion completed a permitted 60km shakedown of a brand new chassis constructed by DJR Team Penske for this season.

Despite a series of rain showers that initially delayed running, McLaughlin was able to complete the shakedown without issue, declaring the car ‘very nice to drive’. 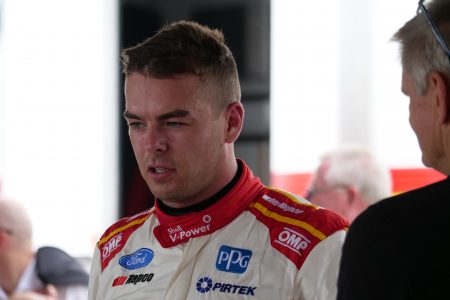 The car ran in a plain white and blue livery with a red Shell roof as the team prepares to unveil its 2019 livery at a launch in Melbourne on Monday.

Team-mate Fabian Coulthard was among the onlookers at the Ipswich circuit.

“It was great to finally get behind the wheel of my brand new Mustang for the 2019 season,” said McLaughlin.

“It was only a shakedown, so we didn’t get to do a lot of laps, and the weather wasn’t particularly kind to us with a bit of rain, but the car ran well and feels very nice to drive.

“It will now head back to the workshop and get stickered up in the awesome Shell V-Power colours before we head to Phillip Island for more testing next Thursday.

“It’s very exciting to be a part of bringing the Mustang into the sport, and I think this is going to be a great season for the sport.”

McLaughlin also carried out a brake pad test on behalf of Supercars.

The team shared the track with Triple Eight’s Jamie Whincup, who was also shaking down a new chassis, and the squad’s Super2 VF Commodores for Kurt Kostecki and Brenton Grove.

McLaughlin will return to the wheel of the Mustang next Thursday in the pre-season test at Phillip Island.