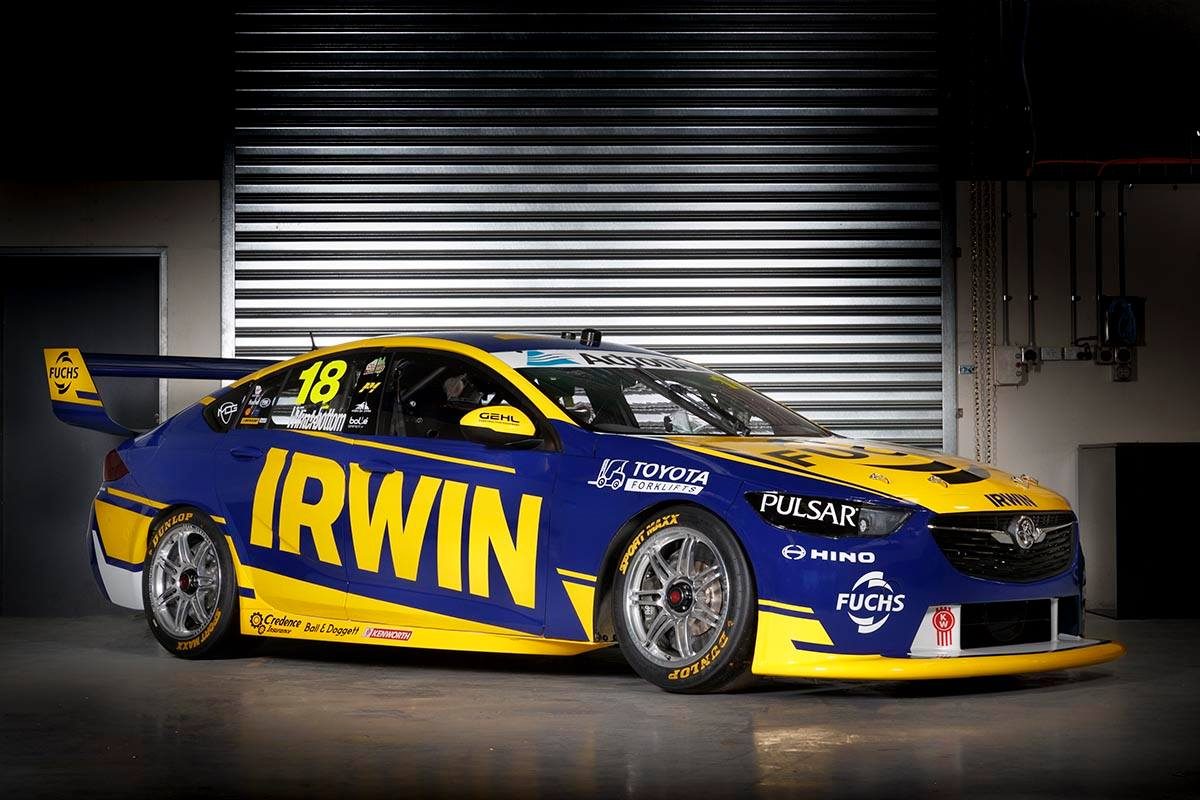 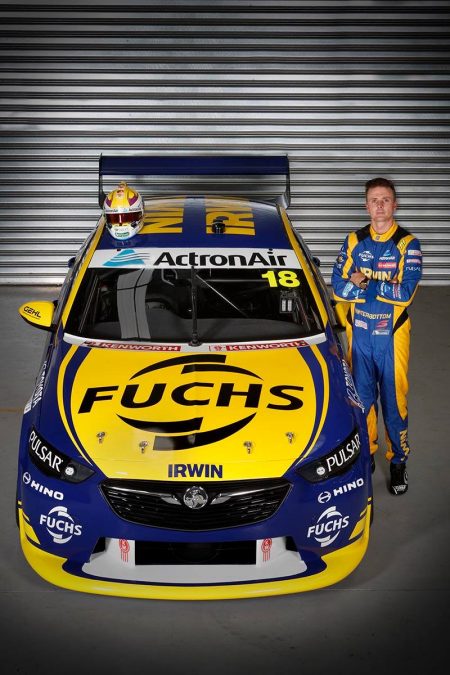 Winterbottom takes the reins of the prototype ZB which has been acquired from Triple Eight Race Engineering for his first season in a Holden and broke cover in its new livery at Team 18’s Mount Waverley workshop.

The car, which was used for homologation and raced once last year by Jamie Whincup in Pukekohe, is now adorned in Irwin’s trademark blue and yellow tones.

The main departure from past Irwin liveries is the reverse of colours to make for a predominantly yellow bonnet.

“I love the livery! It’s great to see a good-looking car full of great sponsors that has a lot of credibility on it with national and global companies,” said Winterbottom.

“To see Irwin back in the sport and on the doors is really cool and having some blue on the car is a nice transition for me, to be in a Holden for the first time it kind of makes it feel a bit closer to home.”

Team owner Charlie Schwerkolt added, “Our new livery is bold and bright, it really stands out.

“The car is really clean and its striking appearance should standout exceptionally well on TV.

“There have been plenty of guesses around our new livery prior to the launch, none quite captured what we have achieved.

“There is nothing complicated about the car and I think it will be one of the sharpest cars in pit lane.”

“The reveal is another exciting announcement as we start to get to the business end of February and there is no doubt that the Irwin Racing livery won’t get mistaken on track which is great for all of Charlie’s partners,” said Richards.

“It’s now time to get Frosty and the Irwin team on track and get some laps under their belt before the championship kicks off in Adelaide.

“I can’t wait to be there alongside them the whole time.”

Winterbottom cut his first laps in the car during a handover from Triple Eight last month, when it ran in largely bare panels or those featuring the Red Bull livery base.

Under a new agreement with Triple Eight, Team 18 will now be a full customer rather than run as a largely independent operation.

Team 18’s old car, originally built as a VF by Triple Eight, has gone the other way to be used as the Banyo team’s spare in 2019.

Winterbottom will hit the track again at Phillip Island for the Supercars pre-season test day on February 14. 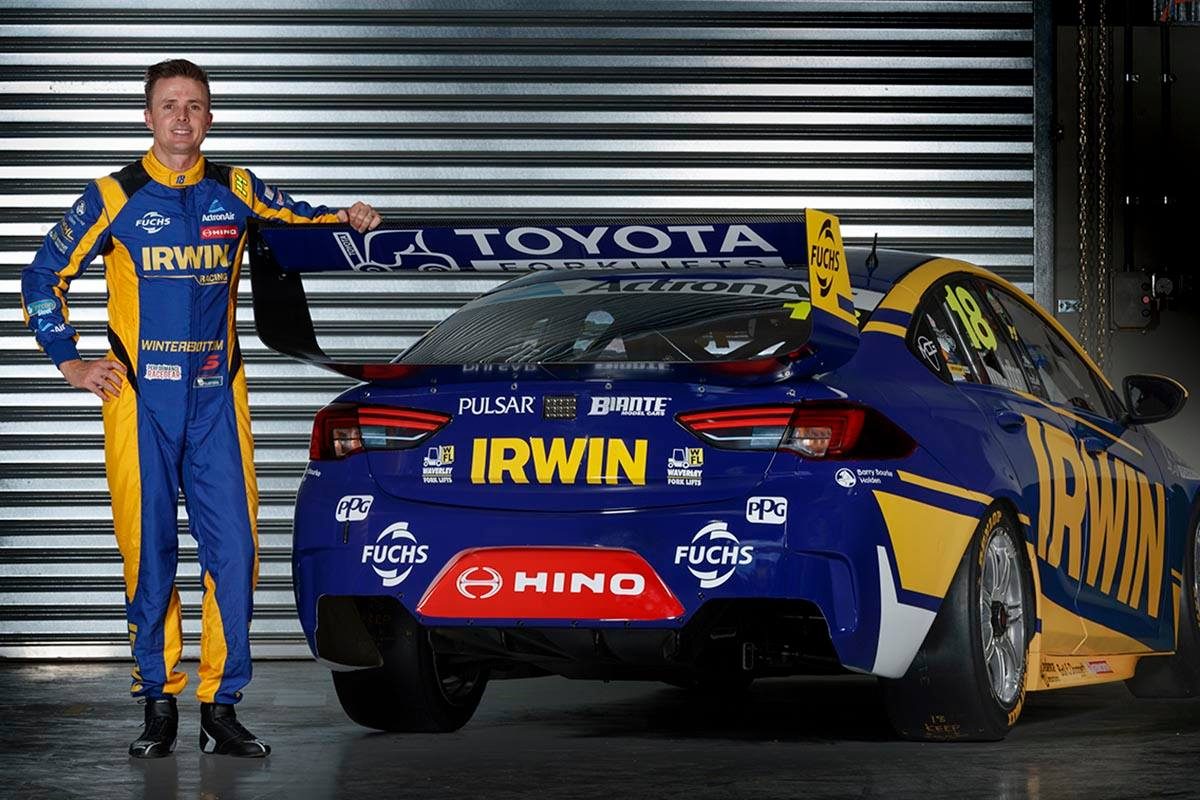 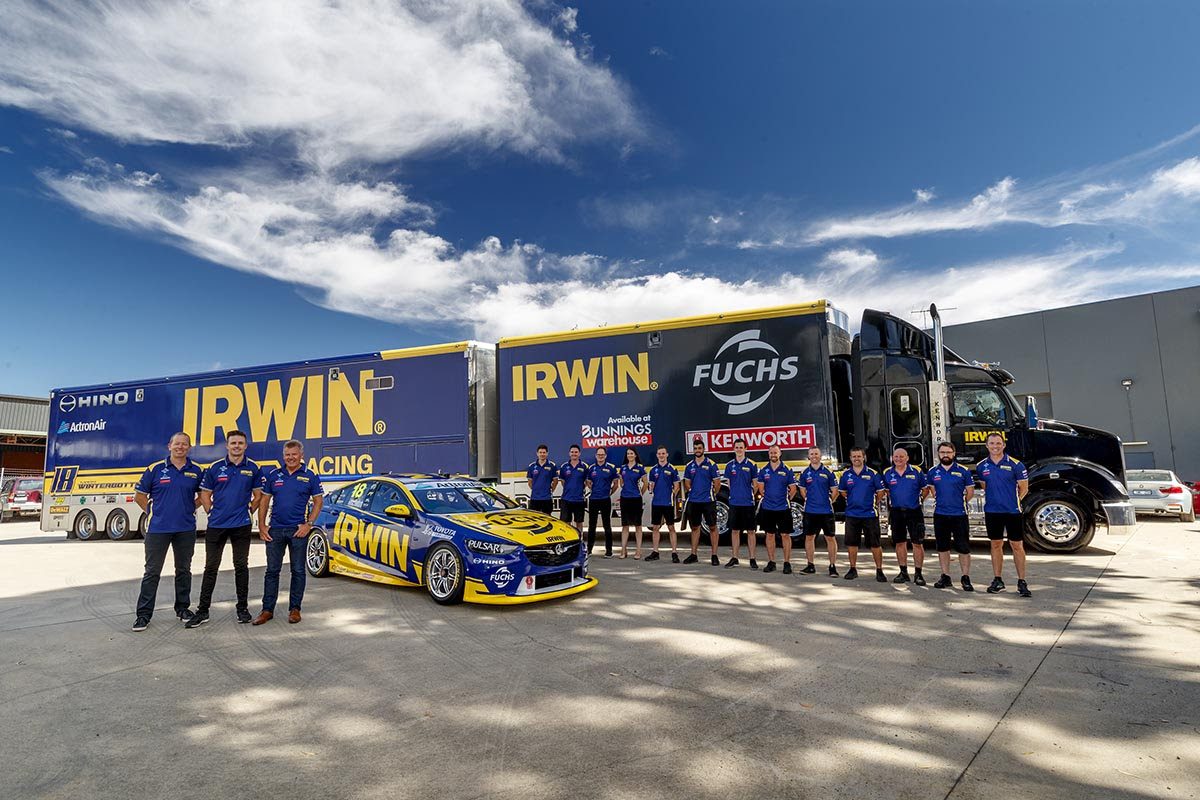