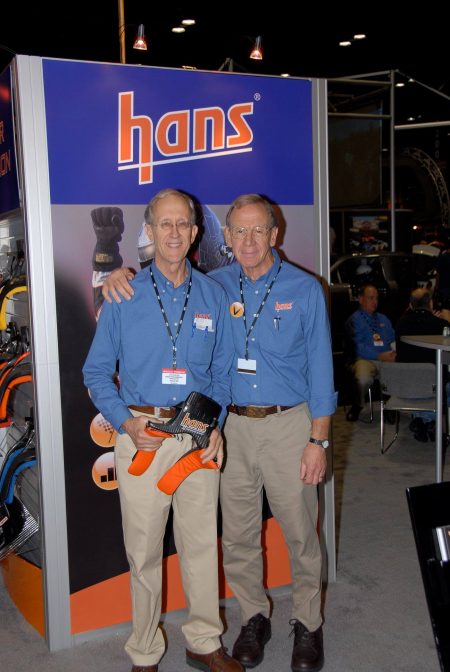 Dr Robert Hubbard, who co-invented the HANS device, has died at the age of 75 years.

Hubbard was a professor of biomechanical engineering at Michigan State University, and created the HANS device with brother-in-law and sportscar racer Jim Downing in the 1980s.

They patented the HANS device in 1985, having been spurred into action by the death of Downing’s friend Patrick Jacquemart in a testing crash in 1981.

Downing himself raced with a prototype version in IMSA at Daytona in November 1986, but the bulky nature of the early incarnations of HANS stymied its take-up.

Having initially received funding from the state of Michigan, Hubbard and Downing were financially supported in their endeavour by General Motors and the Ford Motor Company.

The design of the HANS device serves to significantly reduce the risk of basilar skull fractures by preventing a whip of the head in the event of a sudden stop.

The helmet is attached to the base of the device by way of tethers, while the arms of the HANS are held by the seat belts on the driver’s chest.

CAMS made frontal head restraints such as HANS mandatory in all international and national circuit races, road events, and off road events in 2014.

Speaking at the time as CAMS Driver Development manager, Karl Reindler attributed the HANS device to him surviving his massive start line shunt at Barbagallo Raceway in 2011.

“I walked away from that accident with some burns but had I not had my Frontal Head Restraint on, who knows what the result could have been?”