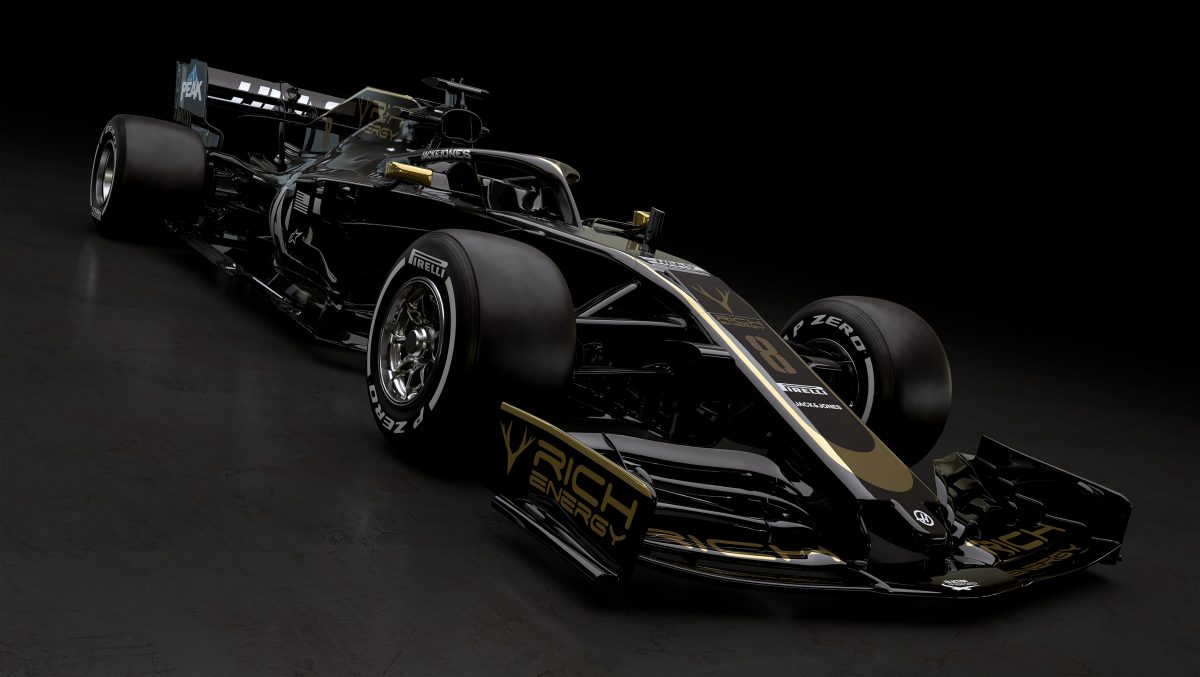 The new Haas VF-19 in its Rich Energy livery

Haas has shown off an all-new black-and-gold scheme on the VF-19 with which it will contest the 2019 Formula 1 championship.

The American team takes on the new commercial identity of Rich Energy Haas F1 Team this year due to the addition of title sponsorship from the British energy drink.

As the first car launch of the year, the VF-19 also represents a real-world look at the impact of new aerodynamic regulation designed to promote overtaking.

“This is the time of the season when you hope you’ve got designs right and you can be competitive straight away,” said team owner Gene Haas.

“The new car looks distinctive, not only in terms of its colour scheme, but also with the new regulations in play.

“Hopefully those design changes brought in for 2019 will improve the racing on-track, and more importantly give us a shot at making more of an impact at each Grand Prix.”

Haas will continue with Romain Grosjean and Kevin Magnussen as drivers after finishing a best ever fifth in the constructors’ championship in 2018, its third season in F1.

The livery was unveiled on a VF-18 at London’s Royal Automotive Club with images of the new-specification car released online.

The VF-19 will be seen in the flesh for the first time on Day 1 of pre-season testing in Barcelona on February 18, while the next launch is currently due to be that of Scuderia Toro Rosso on February 11. 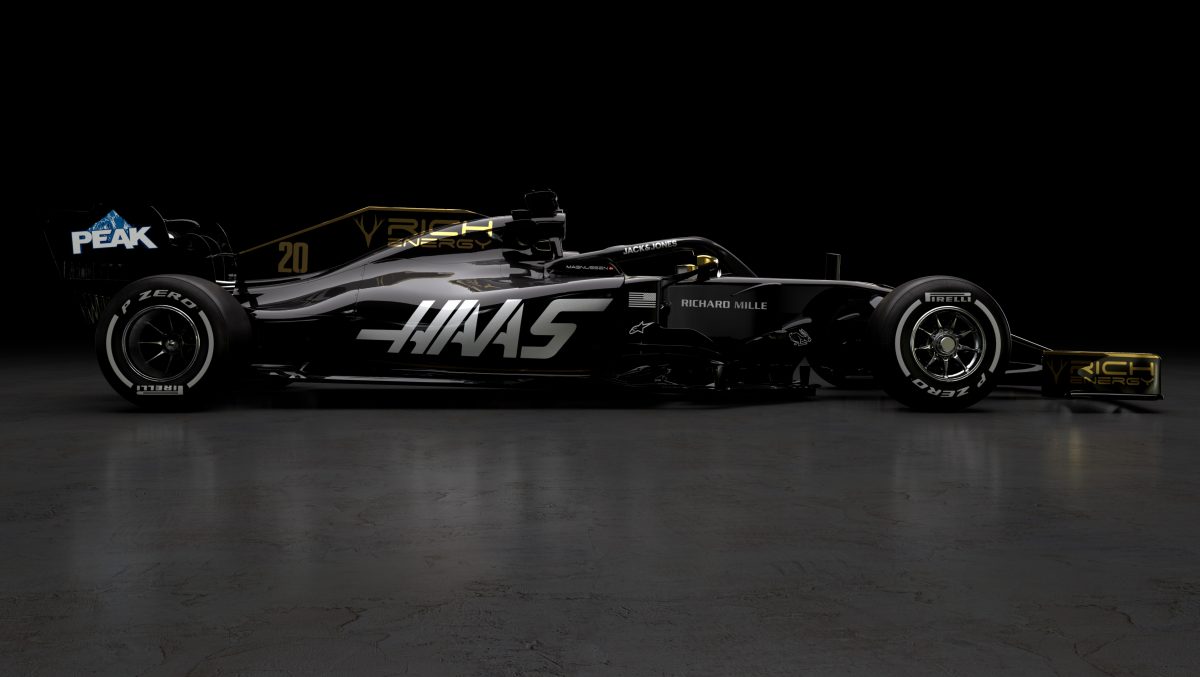 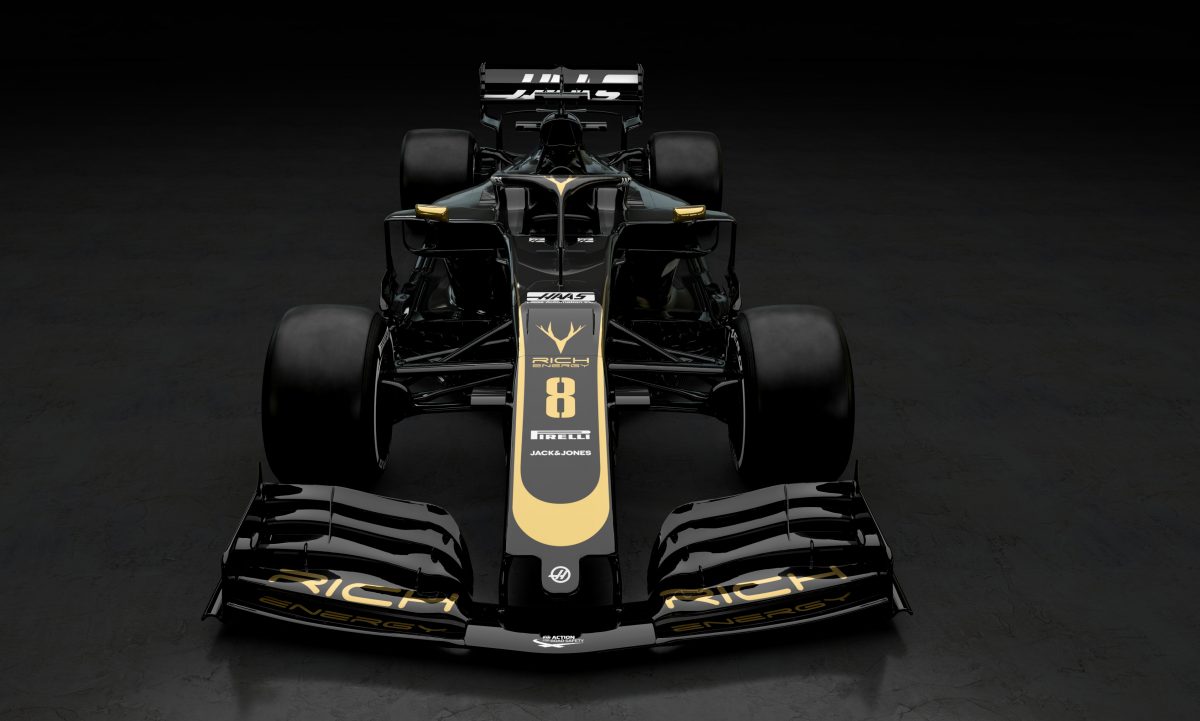 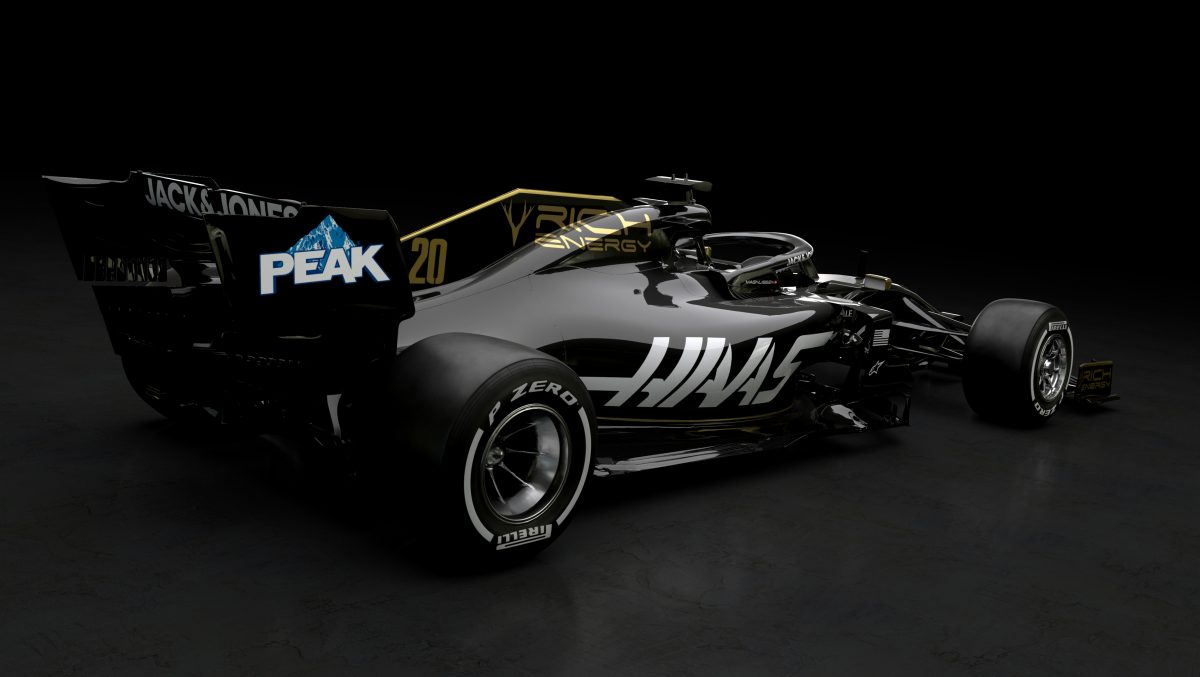