Kelly Racing has unveiled the Castrol Racing Nissan Altima that Rick Kelly will drive in the 2019 Virgin Australia Supercars Championship.

The former Nissan factory team has inked a new multi-year naming rights deal with the oil giant which celebrates its centenary in Australia this year.

It also displays the new look Kelly Racing logo which has been created to replace the Nissan Motorsport moniker following the manufacturer’s decision to end its factory Supercars program.

Team co-owner Rick Kelly will be eager to build on a strong 2018 campaign that saw him score a memorable win at Winton on the way to eighth in the championship standings.

“Castrol is one of the world’s most recognised brands in motoring, so to have their support over a multi-year deal is very exciting for us,” said Kelly.

“Last year, we really enjoyed working with them, and it was very rewarding to give them a race win and a number of podiums over the season.

“We love the look of the #15 car for this year. The livery on last year’s car was very popular amongst all fans, and we feel that everyone will be impressed with the look of our car.

“It’s also great to have the support of BP Ultimate. Both Castrol and BP are two iconic brands, and we are excited to represent them on and off the track.”

Castrol marketing manager Ben Rose added: “Castrol are proud supporters of all forms of motorsports, from grassroots Karting, Formula 4, Supercars to Formula One,

“It’s a great fit for Castrol as innovators in our industry and the Kelly Racing team’s developmental spirit.

“What they’ve been able to achieve with the Altima in the last 12 months alone, they’ve come into their own last year and it was great to be part of that journey.”

Kelly Racing is set to run four Altimas this year with Kelly to be joined by Simona De Silvestro while the remaining two seats are yet to be announced.

It is understood Garry Jacobson and Andre Heimgartner are the favourites to secure the drives.

The updated Castrol Racing Nissan will make its debut at Supercars’ pre-season test at Phillip Island on February 14. 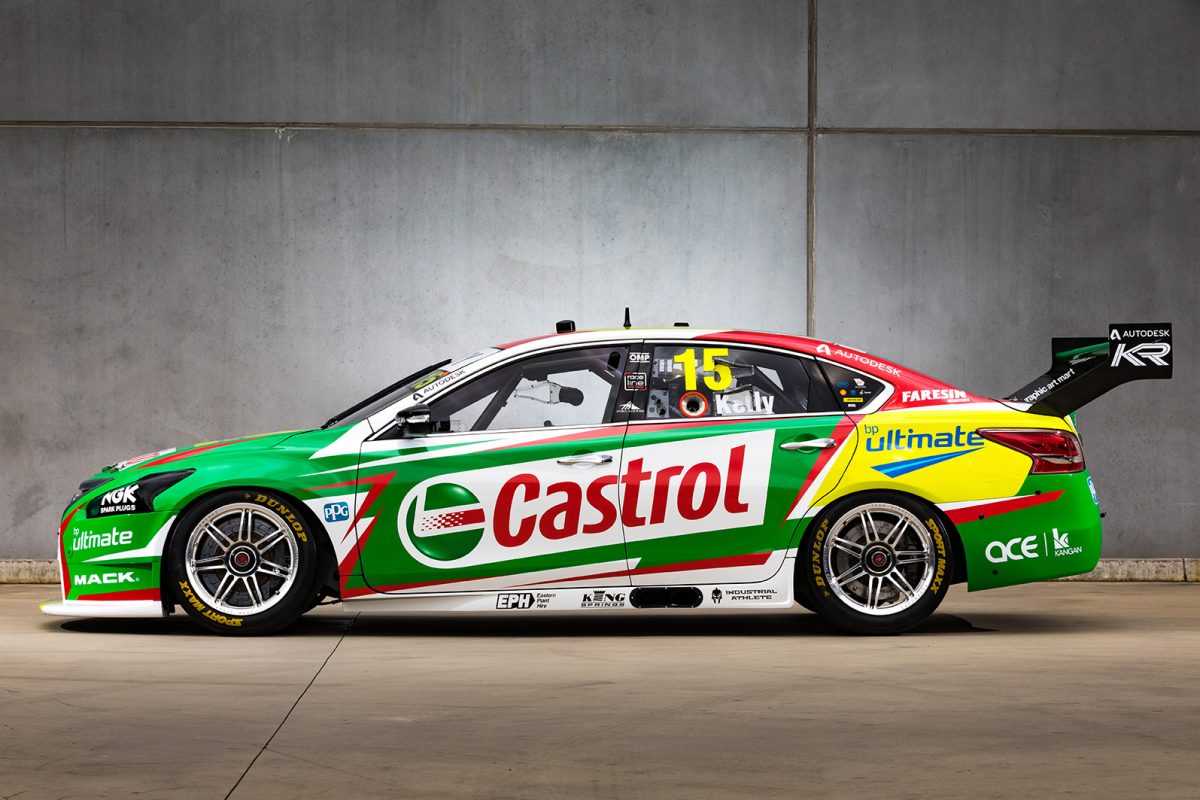