Andre Heimgartner and Garry Jacobson are set to be confirmed in the remaining drives at Kelly Racing next week.

The Braeside operation is the only team yet to finalise its line-up for the 2019 season with only Rick Kelly and Simona De Silvestro officially locked in by the squad.

Speedcafe.com can confirm that Heimgartner will return to the team for a second season while former Super2 series winner Jacobson will step up to fill the other seat vacated by Michael Caruso.

It is expected Kelly Racing will announce the pair next week prior to Supercars’ season launch in Melbourne which will complete the championship grid. 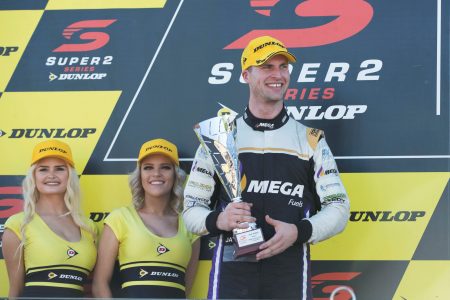 Heimgartner joined the squad last year and went on to finish 17th in the standings, ending the year with three consecutive top 10 finishes to be the second highest placed Nissan.

The Kiwi had been heavily involved in the silly season having been linked to Tickford before Lee Holdsworth took up the drive.

Meanwhile, Jacobson will step up to a full-time main game seat for the first time after six years in the second tier Dunlop Super2 Series.

The 26-year-old has impressed in the Pirtek Enduro Cup when he lined up for Tickford Racing in 2017 before joining Rick Kelly at Kelly Racing last season.

Jacobson will become the second rookie on the grid this year alongside Macauley Jones who will pilot the #21 Brad Jones Racing run Cooldrive entry.