Johnson: Mustang one of the best Supercars

Johnson: Mustang one of the best Supercars 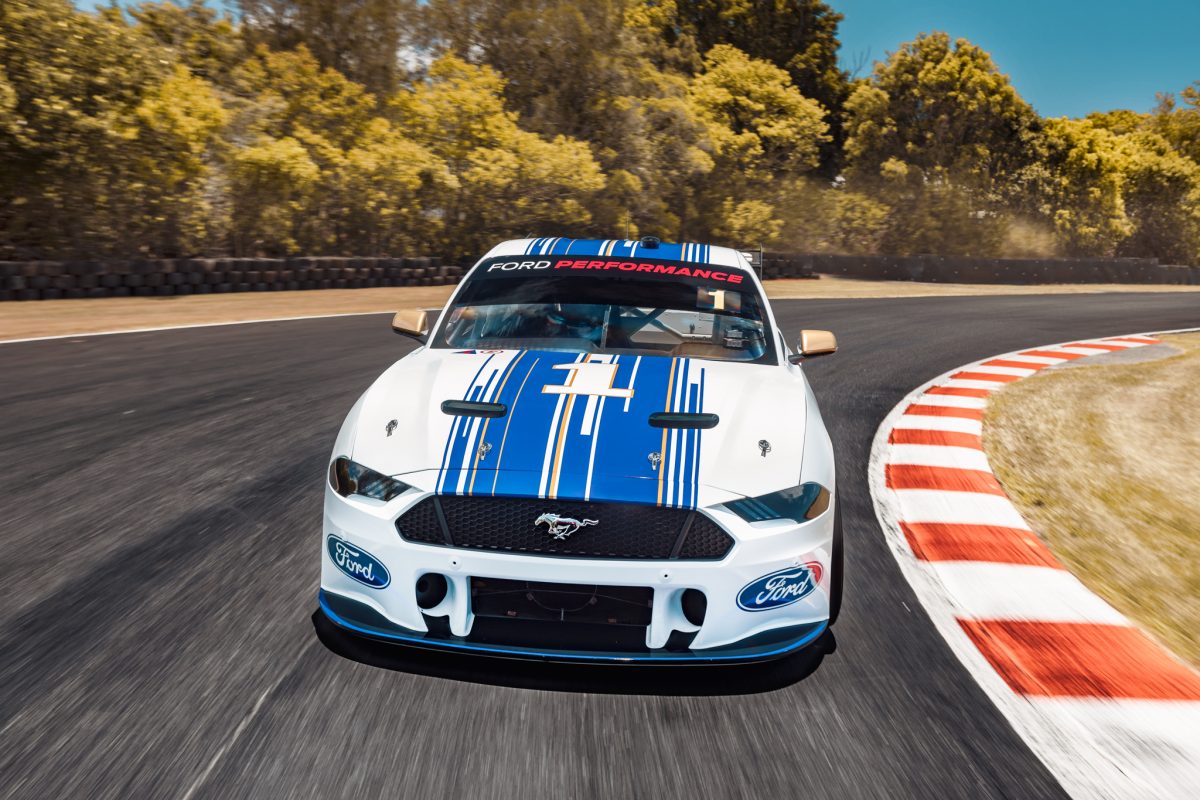 Australian touring car legend Dick Johnson has hailed the Ford Mustang as one of the best Supercars the category has seen following its official launch.

Ford Australia has now released the first images and vision of the Mustang without the camouflage livery it had used when it was first unveiled last year prior to homologation testing.

Following its initial reveal in November, the Mustang has divided opinion among fans given its look compared to the road going version.

Teams had urged the public to wait for a livery before casting judgement on the car.

Now displayed in a sleek Ford Performance livery, the car’s true shape has been revealed.

Three-time Bathurst 1000 winner Johnson has backed the look of the Mustang, which this year replaces the Falcon FGX.

“In my eyes, the new Mustang is one of the best Supercars we’ve ever seen,” said Johnson.

“Not only does it look good but it is very fast.

“Now in its full livery and with the Shell livery and the Ford livery it really looks a spectacular car and it is something the fans have waited for, for a long time.

Comments received on Speedcafe.com’s social media platforms reacting to today’s unveil continue to be divided regarding the Mustang’s looks.

However, many believe the car looks much better now the camouflage livery has been removed.

The Mustang Supercar was revealed emblazoned with the #1 to pay tribute to Scott McLaughlin’s championship triumph last year.

It has already been confirmed that McLaughlin will continue to run the famous #17 which is synonymous with Johnson.

“It’s a great honour, from my point of view, that Scotty has decided to run the number 17,” added Johnson.

“He could have chosen the number one, but he chose 17, and that makes me very proud.”

Shell V-Power Racing is set to reveal its 2019 livery on Monday.

Meanwhile, all six DJR Team Penske and Tickford-run Mustangs will be in action at the Phillip Island pre-season test on February 14.

CLICK HERE for a gallery featuring more images of the Mustang.