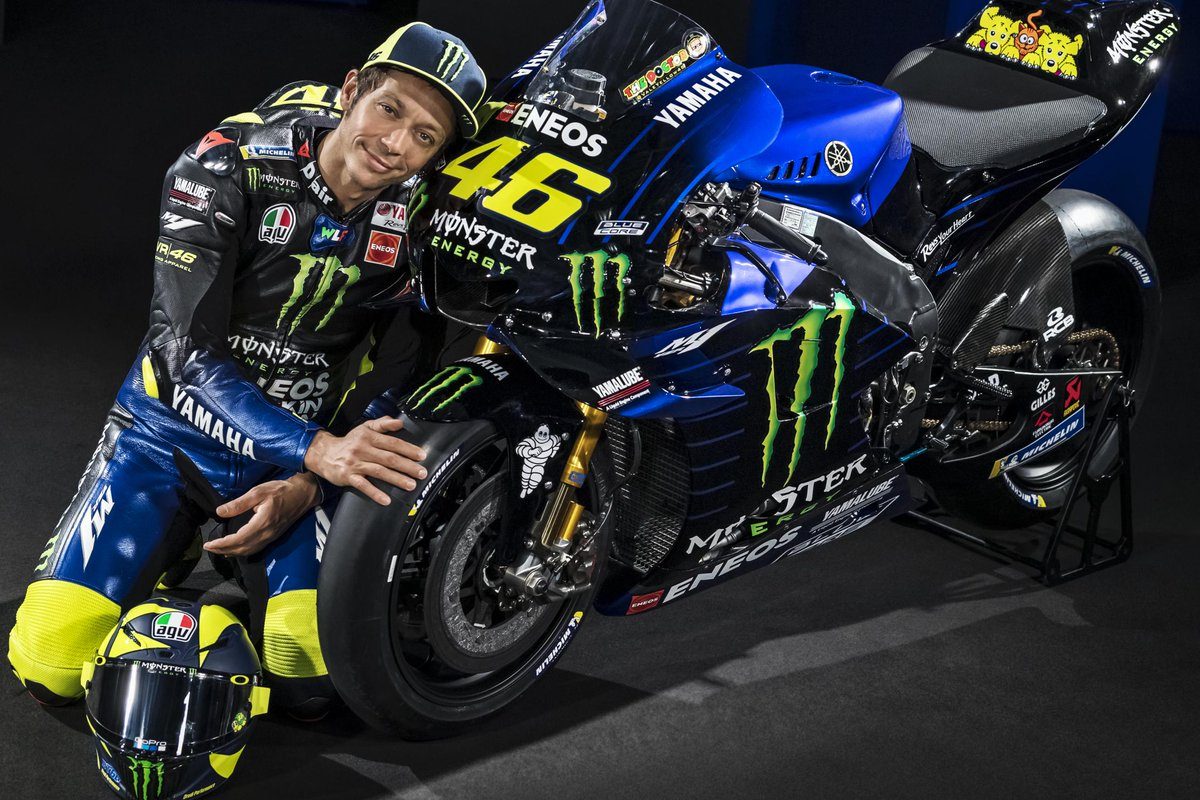 Valentino Rossi with his new-look M1

Yamaha Factory Racing has shown off its new-look Monster-backed YZR-M1s for the 2019 MotoGP season.

The energy drink brand has moved its naming rights back from now ex-Yamaha satellite team Tech3 to the factory outfit under a multi-year agreement.

“I like very much (the livery),” said Rossi, who already counted Monster Energy as a personal backer.

“Yamaha is always blue, and the blue of the Yamaha is beautiful, but I like the black of Monster because (the combination matches) the colour of my soccer team, Inter (Milan), so I feel comfortable.”

Rossi continues with #46 this year while Viñales switches from #25 to #12.

They finished 2018 in third and fourth in the standings, respectively, with Viñales scoring Yamaha’s sole race win at Phillip Island. 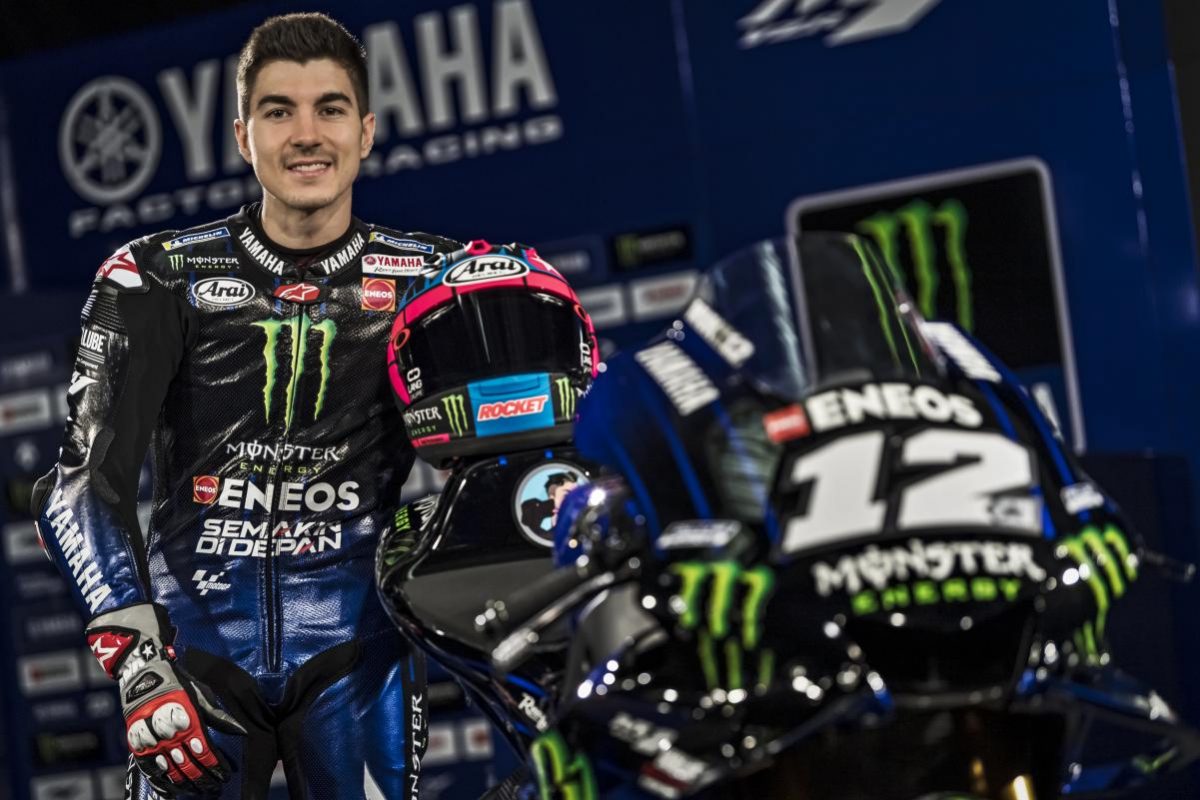 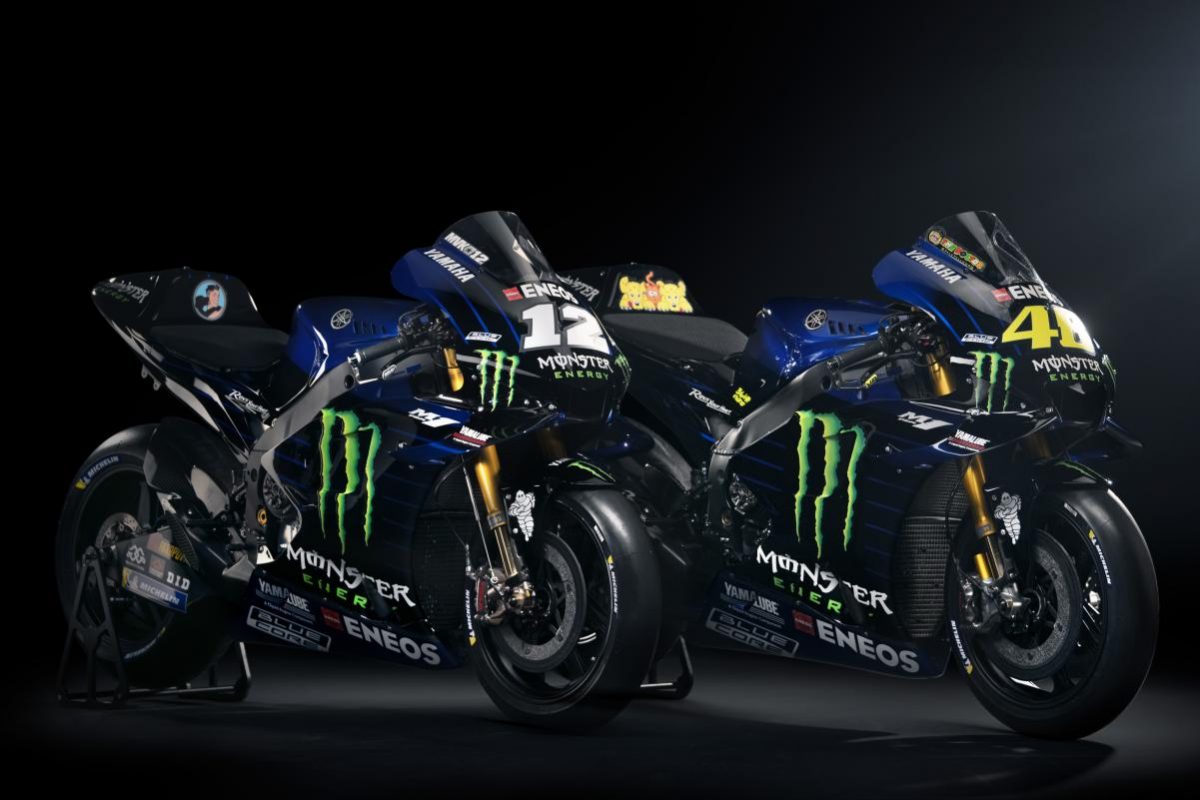