Soucek: I destroyed a win for Bentley

Soucek: I destroyed a win for Bentley 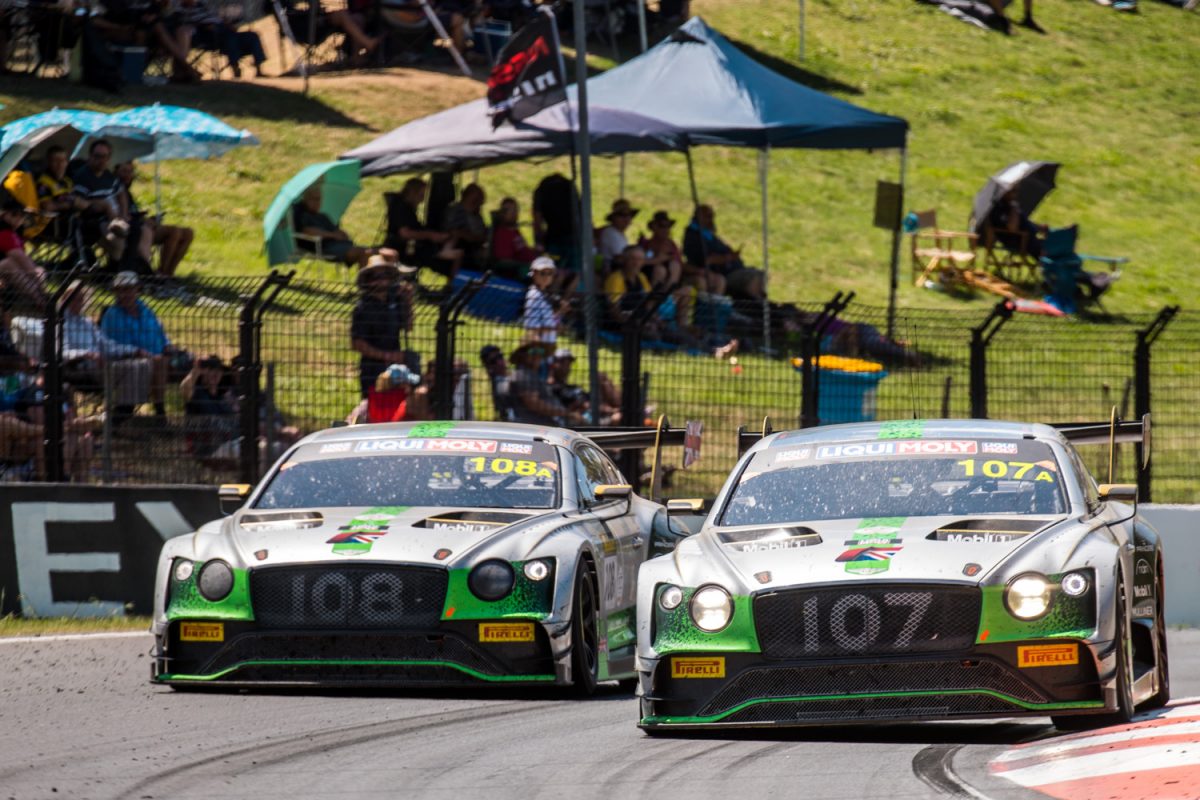 A gutted Andy Soucek believes he destroyed any chance of a victory for Bentley at the Liqui-Moly Bathurst 12 Hour with his accidental kill switch mishap.

The #108 Bentley Team M-Sport driver came to a halt on two different occasions during Sunday’s race when exiting pit lane, with it later being revealed that he mistakenly pressed the kill switch located on the steering wheel.

While the first instance was in the opening quarter of the race under Safety Car, the second was more consequential as the Spaniard rolled out of pit lane at the conclusion of the final stop.

Looking like he was going to rejoin the field in third, the Gen II Continental GT3 came to a complete stop for more than 40-seconds, eventually filing back into seventh and taking the chequered flag sixth.

In a heartfelt early morning Tweet, Soucek took the blame for the costly error and apologised to the team.

“Can’t sleep, I keep thinking about our race and how I managed to destroy a win for our team,” it read.

“I’m gutted, disappointed and frustrated and have no words to describe how bad I feel.

“My mistakes have cost us a dreamed victory and I can only apologise to all my team members. Sorry.”

Speedcafe.com understands that Bentley were among a number of teams who had problems with their driver cooling systems throughout the 12 hour encounter.

Soucek’s unfortunate mishap continues Bentley’s run of bad luck at the Bathurst 12 Hour, with the British manufacturer still yet to win at Mount Panorama.

Bentley had been leading in the dying stages of the 2015 race but had the victory snatched from them by Katsumasa Chiyo in a Nissan on the final restart.

Last year was less forgiving, with one of the entries caught up in an incident at the Elbow and the other losing several laps with a gearbox issue until a puncture at The Chase forced it to retire.

While Soucek took the chequered flag sixth on Sunday in the #108 which he shared with Vincent Abril and Maxime Soulet, the sister #107 car of Jordan Pepper, Jules Gounon and Steven Kane finished up eighth outright, one lap down.

Can’t sleep, I keep thinking about our race and how I managed to destroy a win for our team. I’m gutted, disappointed and frustrated and have no words to describe how bad i feel. My mistakes have cost us a dreamed victory and I can only apologize to all my team members. Sorry