Runner-up Dennis describes Campbell pass as ‘on the limit’

Runner-up Dennis describes Campbell pass as ‘on the limit’ 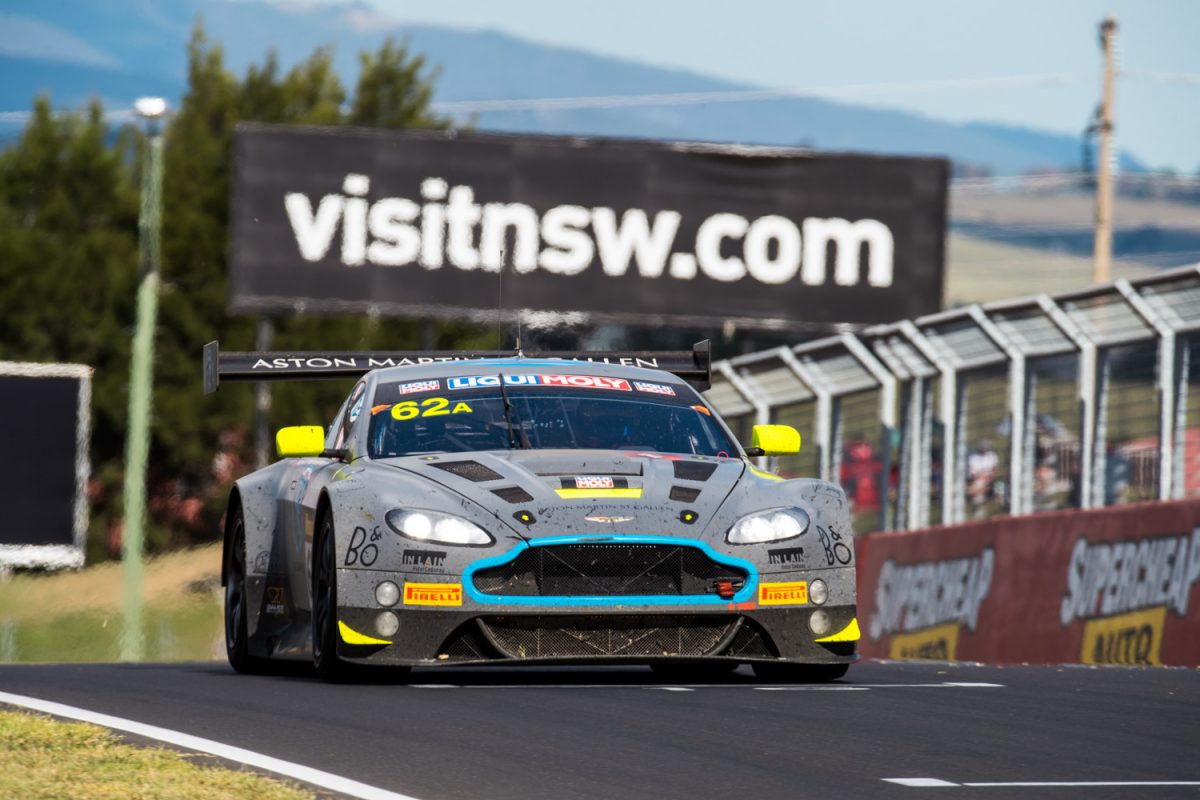 Campbell was the highest placed of those on fresh tyres when the race restarted with just over 20 minutes remaining and, having faced a challenge to get by Raffaele Marciello for second position, was breathing down Dennis’ neck within six laps.

He chose to send the Earl Bamber Motorsport Porsche down the inside of the Aston Martin at Forrest’s Elbow on the next lap, and the touch towards the back end of Dennis’ car put the Brit slightly wide and made a gap big enough for Campbell to drive through.

There was still a nervous moment when Dennis looked to have a run on the 911 down Conrod Straight but a slower moving Pro-Am car in the form of the Objective McLaren forced the R-Motorsport driver to tuck back in behind the Australian, which effectively ended the battle for the lead.

Campbell built his lead to almost 3.5s in the five laps which remained while Dennis brought Car #62 home in second position after third-placed Marciello, who looked a threat of also running down the Aston, had to deal with intense pressure from Shane van Gisbergen.

The runner-up was not completely pleased with Campbell’s move which, unlike that put on Chaz Mostert, was apparently not investigated.

“He wouldn’t have got past if he didn’t hit me, but what can I say?” said Dennis when the issue was put to him post-race.

“I’ll leave that down to the officials, but it was tight, he didn’t have much room left to the wall, I didn’t have anywhere else to go, we made contact which pushed me wide and then he got through but whatever happens, happens.”

The 23-year-old was a first-timer at Mount Panorama along with co-drivers Marvin Kirchhöfer and Matthieu Vaxiviere, while Swiss team R-Motorsport was also embarking on its maiden tilt at Bathurst in the GT3 class.

They had already made headlines when they briefly held the Allan Simonsen Pole Trophy courtesy of Dennis’ impressive 2:02.4946s in the Pirelli Top 10 Shootout, only to be stripped of the honour for a rev limit breach.

If not either of the Porsches, then R-Motorsport would arguably have been worthy winners in light of the pace they displayed across the day, a point which Dennis made despite the disappointment of ultimately missing out on standing atop the podium.

“I sort of got a bit annoyed when the Safety Car came out, I knew we’d go up against it then as we were also on old tyres and I was managing quite a few things in the car,” he recalled.

“I could see Raffaele also struggling, so he was sort of my buffer and I was sort of pulling away quite comfortably from him on the first two, three laps, and then I saw the Porsche coming like a rocket.

“I believe it had fresh tyres and over the mountain section we were obviously struggling a bit on the older tyres and he did a good move, it was on the limit from both of us, but he got it done, and then there was nothing I could do to get the position back; my tyres were finished, my brakes were finished, and I just had to get it home.

“But nevertheless, if someone said you’re going to make the podium (in) a rookie team, our first time here for us three, I would have been happy.

“Obviously to lose it the way we have is hard to take but it’s been an incredible job by the whole team and I have to thank them and my team-mates. We’ve done a good job.”