Matt Campbell, Dennis Olsen, and Dirk Werner might have won the 2019 Liqui-Moly Bathurst 12 Hour for Porsche, but there were a number of meritorious performances through the field.

Speedcafe.com wants to know which driver you think performed the best in the once-around-the-clock marathon, in this week’s Pirtek Poll.

View the shortlist below then cast your vote. 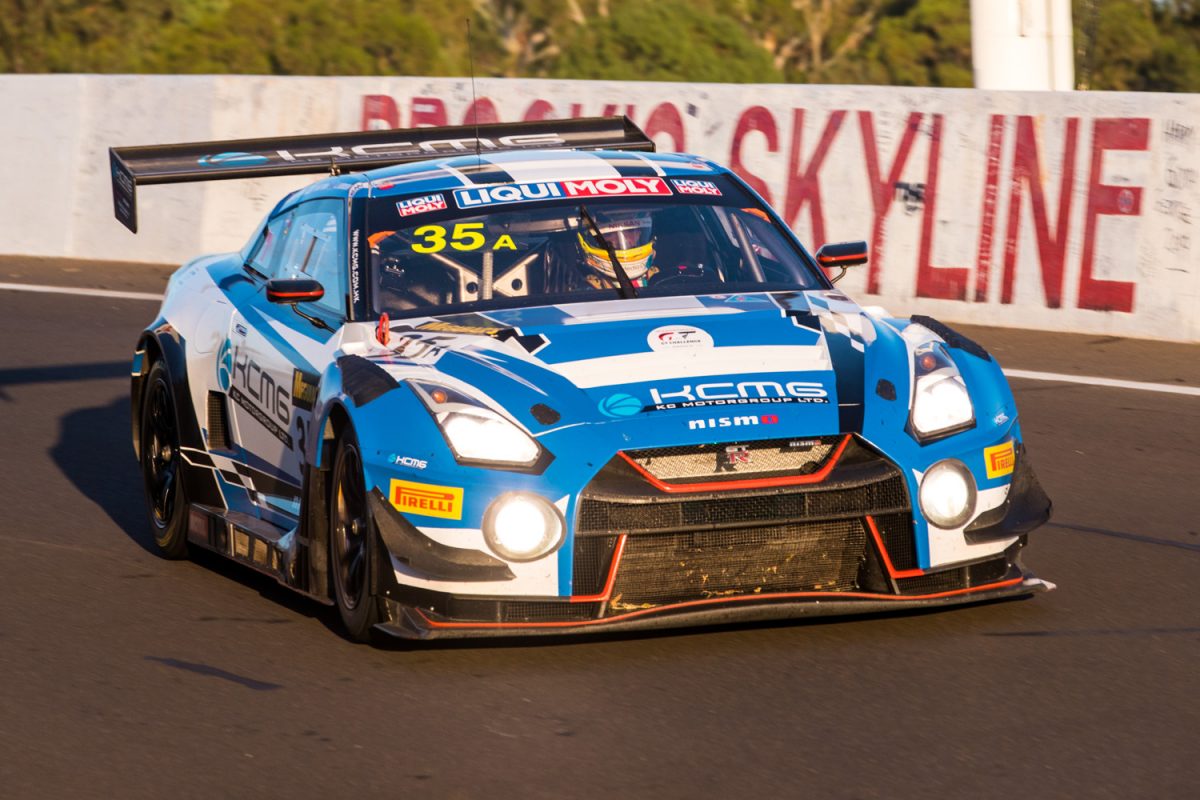 An electrical problem might have taken KCMG’s #35 Nissan out of contention, but it had become something of a dark horse in the third and fourth hours of the race thanks to a strong showing from Tsugio Matsuda.

The two-time Super GT champion dragged strong pace out of the now ageing GT-R, the highlight of which was a daring pass for the lead on Lap 106 when he was squeezed right to the edge of the race track by Augusto Farfus as they crested Mountain Straight. 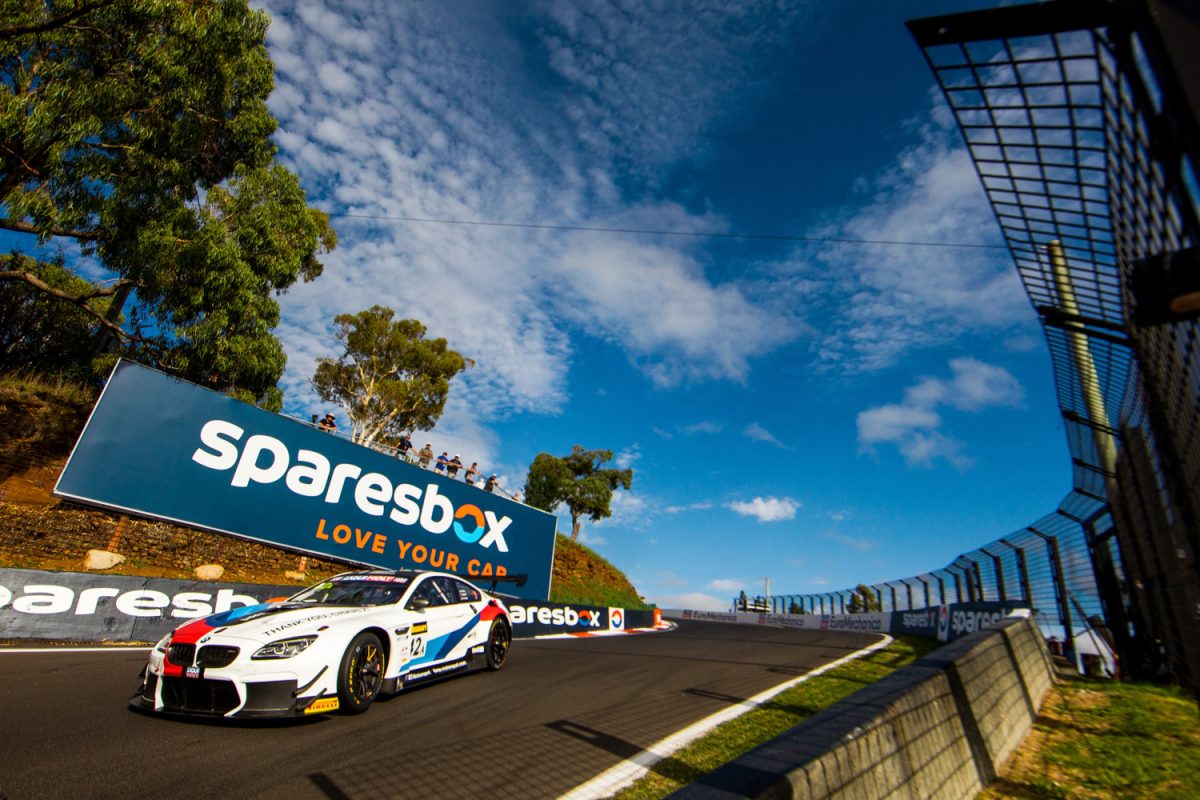 His efforts helped lay a platform for the #42 M6 to spend long periods in the lead during the morning, although they appeared to lack pace as the day wore on and Mostert took the chequered flag in fifth position.

Schnitzer’s other two drivers are both arguably worthy of consideration but Augusto Farfus also gets a nod in this shortlist due to the time he spent at the head of the field.

Not only did the Brazilian lead the race, he fought incredibly hard to do so in the wake of attacks from Maxime Soulet in one of the Bentleys, when he was clearly outdone for horsepower. 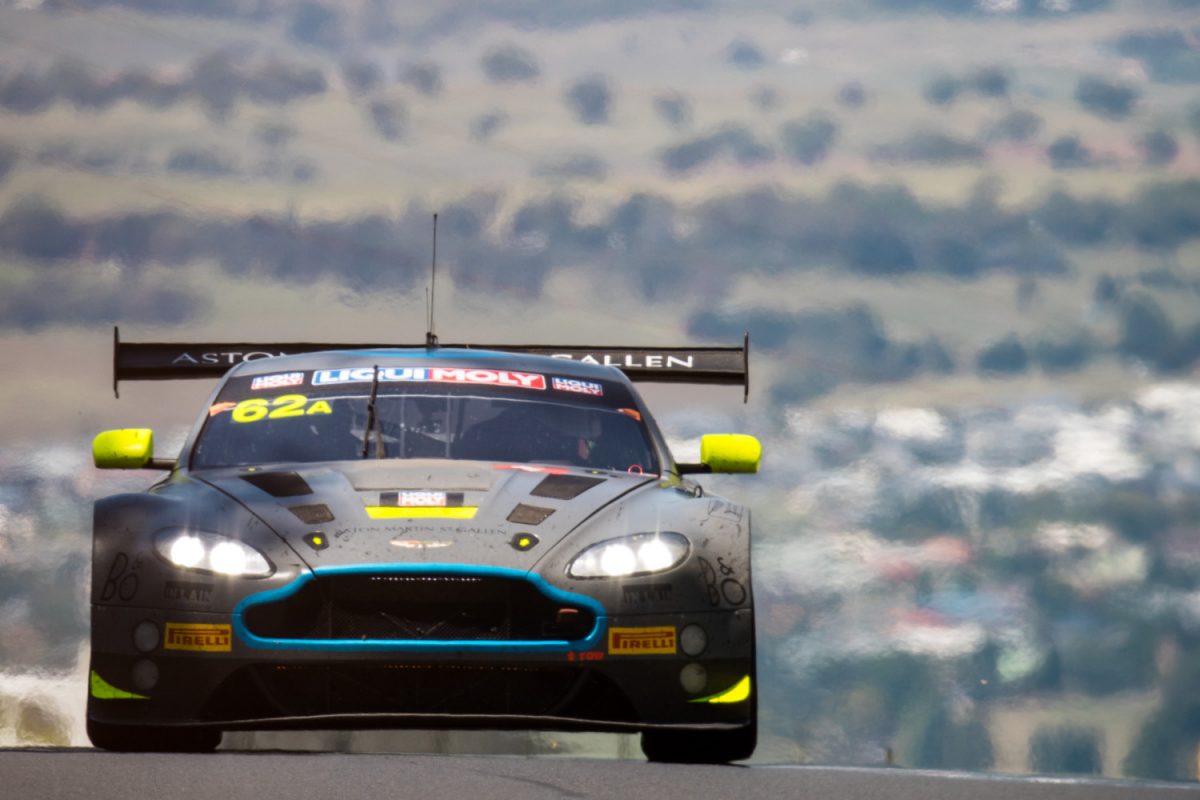 Jake Dennis was fastest in the Pirelli Top 10 Shootout although the honour of pole was later taken away from him due to a rev limiter breach in the Pro class Aston Martin.

The Briton didn’t put a foot wrong during the race and did all he could to try and stave off Matt Campbell in the final laps, ultimately delivering a second placing for R-Motorsport in the last race for the V12 Vantage as a current-specification car. 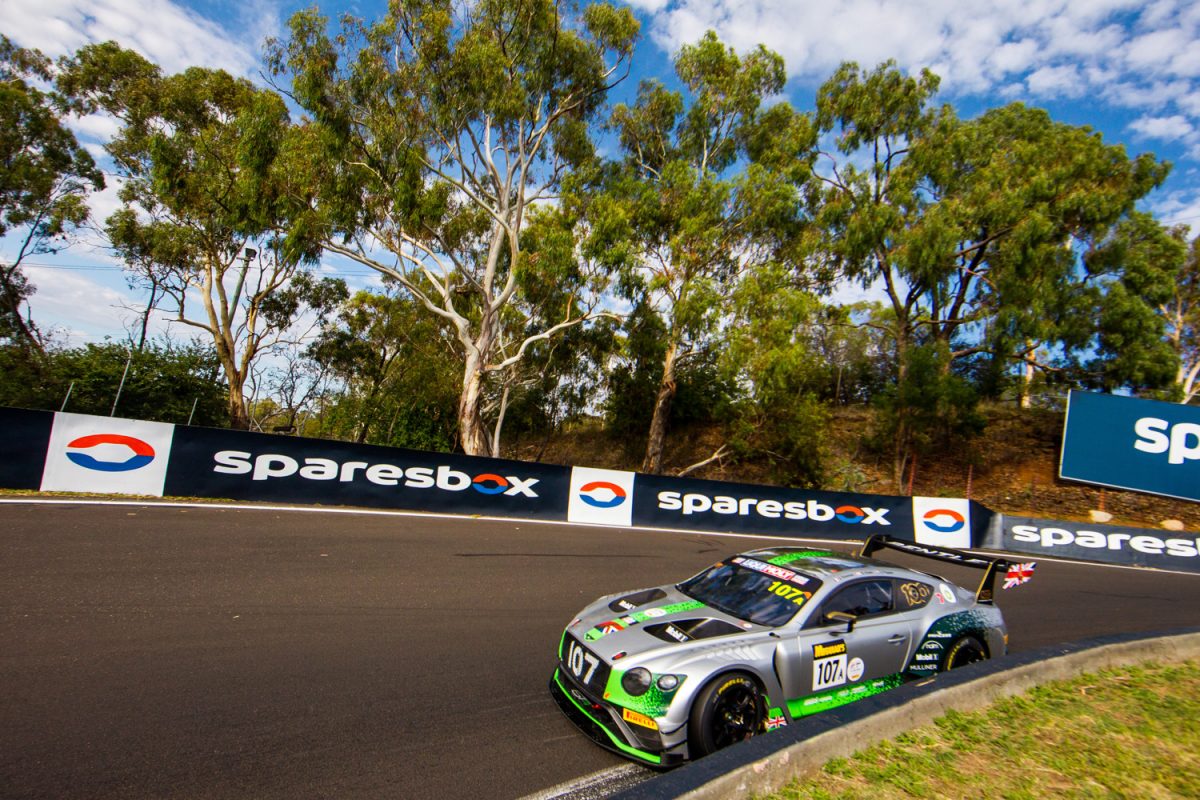 Bentley Team M-Sport might have left Bathurst with virtually nothing to show for their efforts, but they were certainly good for entertainment value with their big and powerful second-generation Continentals.

Steven Kane was one of the pace-setters in the first hour of the race and was quick when he was in the car for subsequent stints, as well as causing Maximilian Buhk a real hassle during the second hour before passing the GruppeM Mercedes-AMG shortly after. Maxime Soulet drove the Bentley which did finish on the lead lap, although that was actually a disappointing result after Andy Soucek’s kill switch disaster at their final pit stop.

Soulet flew somewhat under the radar but did put in a strong performance late in the afternoon which gave Car #108 a fighting chance at a podium which ultimately slipped through their fingers. 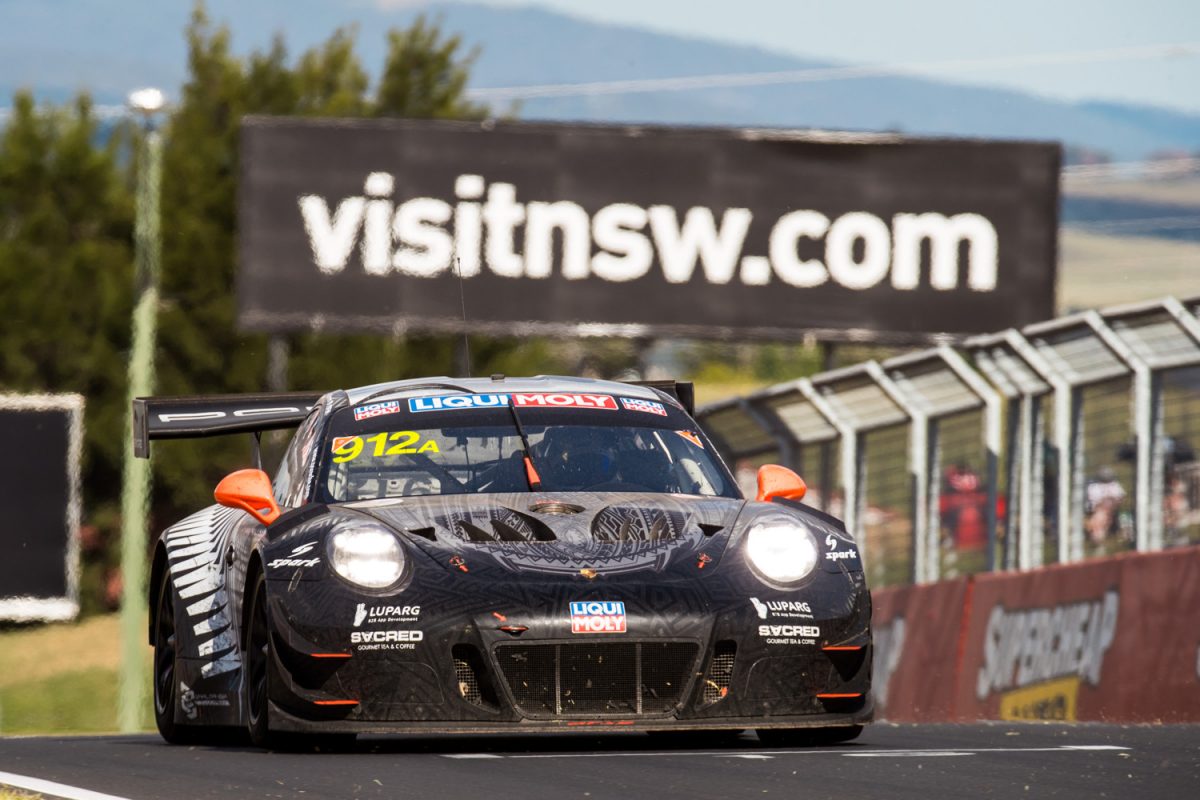 Campbell pulled off arguably the biggest victory of his burgeoning career after an aggressive final stint in the #912 Porsche.

The young Queenslander found himself fourth when those around him gambled on fuel only in their final pit stops but forced his way past Mostert just before the last Safety Car.

He was all over Raffaele Marciello after the restart but it took a huge lunge at Hell Corner to make the pass, before Campbell squeezed down the inside of Dennis at Forrest’s Elbow to make the final lead change of the day. 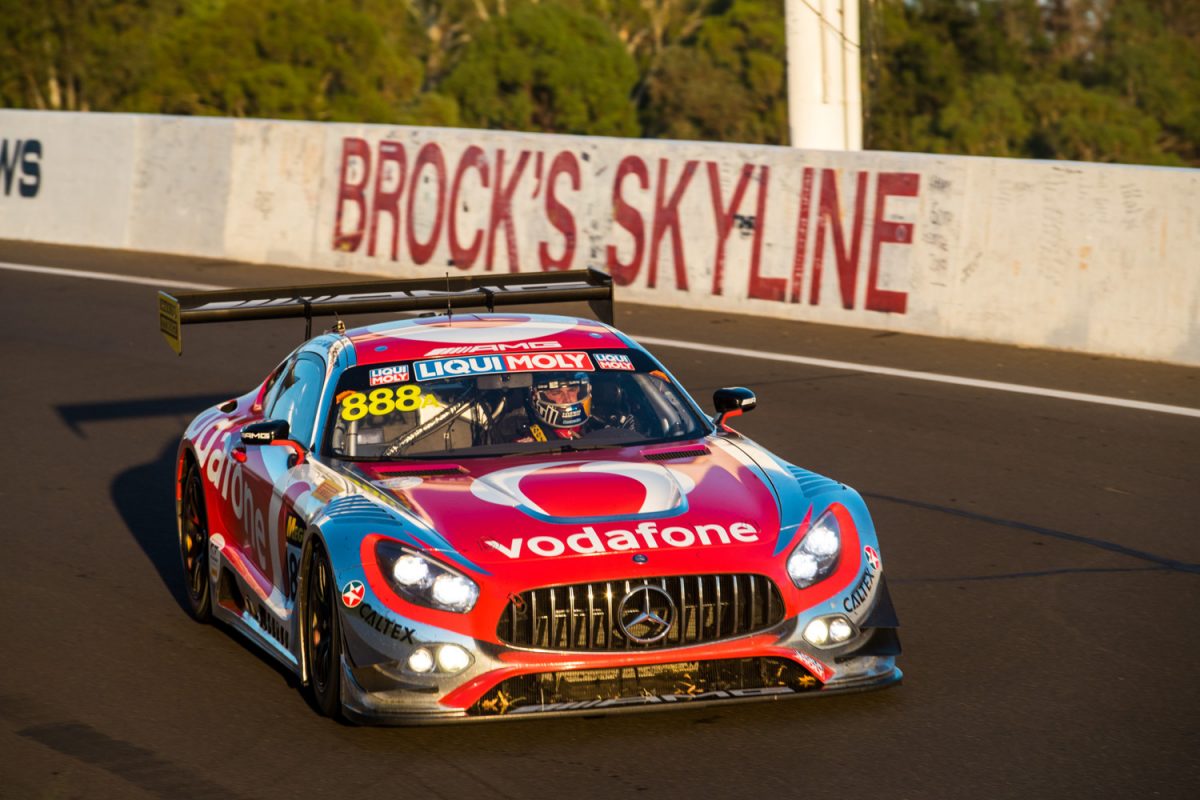 Triple Eight never quite got a hold of the Scott Taylor Motorsport Mercedes-AMG all weekend, even struggling with brake problems as they grafted their way through the race.

It was a credit, then, to Shane van Gisbergen that he was able to make the minor placings such an awesome contest in the 20-minute sprint to the finish.

The Kiwi nearly ended up in the wall as he and Marciello negotiated traffic at The Dipper.

A brake problem saw van Gisbergen resort to using both feet to brake to create enough pressure to pull the car up.

The physical exertion and rising temperatures in the cabin saw him collapse next to the Vodafone machine with leg cramps as soon as he got back to the paddock. 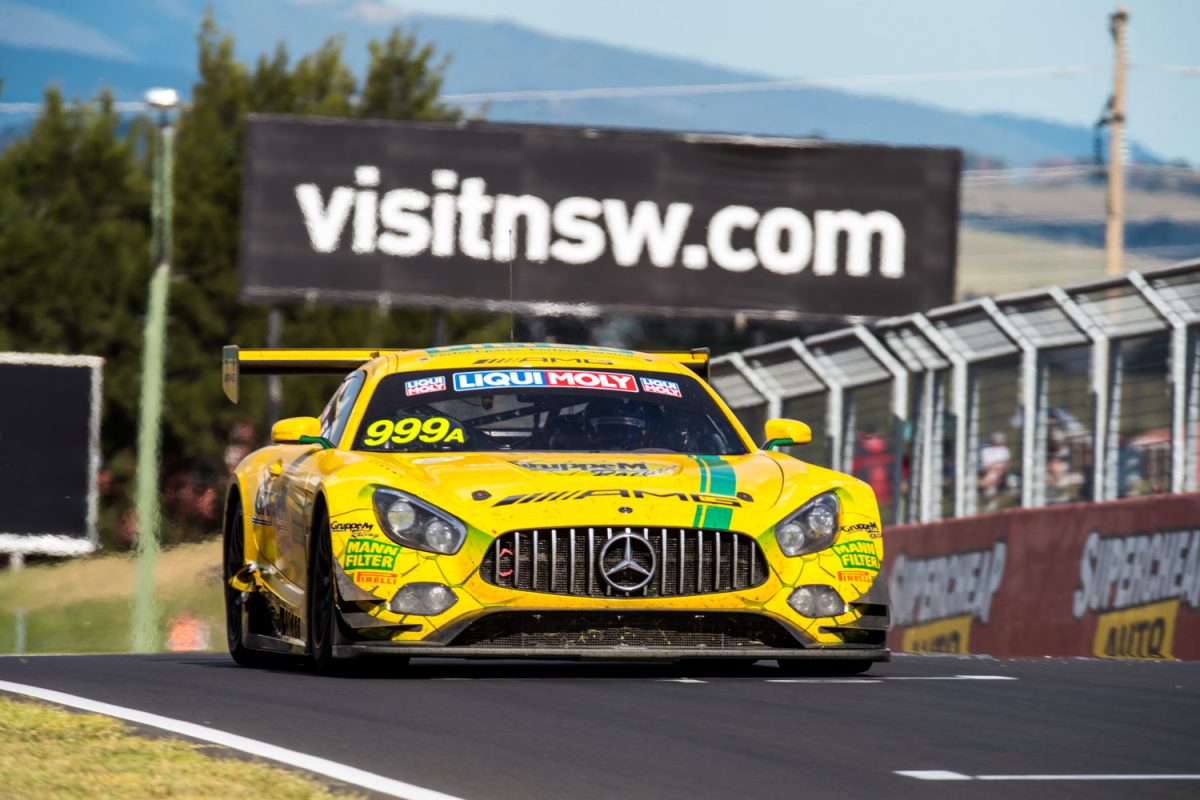 Marciello clocked the only legitimate ‘two’ in the shootout before GruppeM chose to save him for as long as they could on Sunday.

The Italian was only called on as the race passed its halfway mark and helped to lift the #999 Mercedes-AMG during his first stint before incurring a drive-through for a Safety Car breach.

He was back in the car for the final 62 laps and gave GruppeM a fighting chance at salvaging second position before crossing the finish line in third, two tenths ahead of a charging van Gisbergen.

Who was your best performer? Cast your vote in this week’s Pirtek Poll.