Marciello feels win ‘stolen’ from GruppeM due to penalties

Marciello feels win ‘stolen’ from GruppeM due to penalties 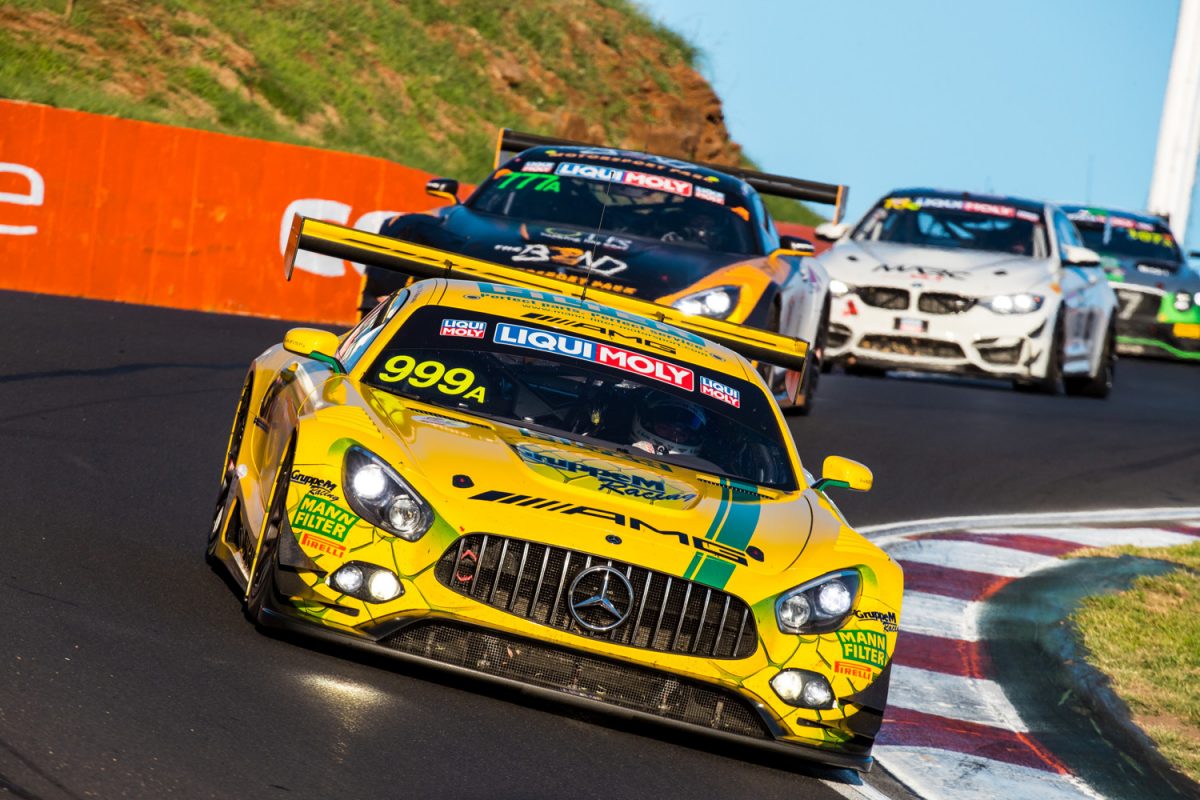 Raffaele Marciello maintains that GruppeM Racing had victory in the Liqui-Moly Bathurst 12 Hour ‘stolen’ from it as a result of two drive-through penalties for Safety Car protocol breaches.

The bright yellow #999 Mercedes-AMG GT was twice called to trundle through pit lane in addition to the nine pit stops for which it took service, before finishing third at 7.6s behind the winning #912 Porsche 911 GT3 R.

GruppeM’s first transgression was Maximilian Buhk’s weaving after the Safety Car lights had been extinguished at the time of the fifth restart, just after the five-and-a-half hour mark.

The second was for passing under yellow flag when the Safety Car was called for a seventh time just prior to seven-and-a-half hours, when Marciello was behind the wheel.

Triple Eight was also black flagged after Jamie Whincup passed the Safety Car during the fourth all-circuit yellow, but team principal Roland Dane was able to have that penalty overturned when he convinced officials to review footage which showed that the Safety Car had greens lights on as #888 went by.

Marciello referenced that incident when speaking on television after stepping out of the car during seventh Safety Car period, and again post-race.

While Whincup, like the Italian, had also passed race cars on the track, Marciello claimed that yellow flags were not being displayed when he made his move.

“I mean, we did two good stints with our (tyre) set so at the end I had nothing more but I think today we got stolen from a victory because we had two drive-throughs that were not drive-throughs,” he declared after the race.

“I don’t know, maybe here the rules are different compared to Europe or we see racing in a different way, but what’s clearly strange (is that) they say our passes (were) under yellow flag but the yellow flag came behind me.

“888 had a drive-through and they removed it and we were not able to speak with the stewards like they did.

“I mean, something strange happened today.

“No bullshit, we came here for a win and we finished only P3 so we cannot be happy with a P3.”

Maximilian Goetz served Car #999’s latter drive-through at the end of Lap 198, 15 minutes into a green flag period which lasted almost four hours before a stricken X-Bow bottled up the field for the final dash to the chequered flag.

GruppeM had been sixth at the time, behind the two EBM Porsches and the #18 KCMG Nissan which split them, as well as the struggling Triple Eight Mercedes-AMG and the SunEnergy1 Mercedes-AMG which would retire with a damaged radiator.

Goetz resumed ninth after the drive-through, last of those on the lead lap, having also ceded track position to the #62 R-Motorsport Aston Martin, the Schnitzer BMW, and the #108 M-Sport Bentley, the latter of which would soon also be in the lane for a Safety Car breach.

Car #999 jumped the BMW through the pit stops cycle which took place from Lap 250 but could only temporarily get back ahead of the Aston Martin during the preceding pit stops cycle.

R-Motorsport went on to finish second after Jake Dennis couldn’t hold off Matt Campbell in the dying stages, after the Brit had emerged from the Swiss squad’s final pit stop around nine seconds up on Marciello.

While Marciello stalled leaving his pit box at GruppeM’s last pit stop, it was not enough to account for that gap and the #999 Mercedes-AMG may well have been leading the race at the final restart had it not lost track position with its second drive-through.

The first penalty had seen them drop from third to 10th, and came due to a breach which catches out a number of European-based drivers who often compete in races where the weaving rule does not apply.