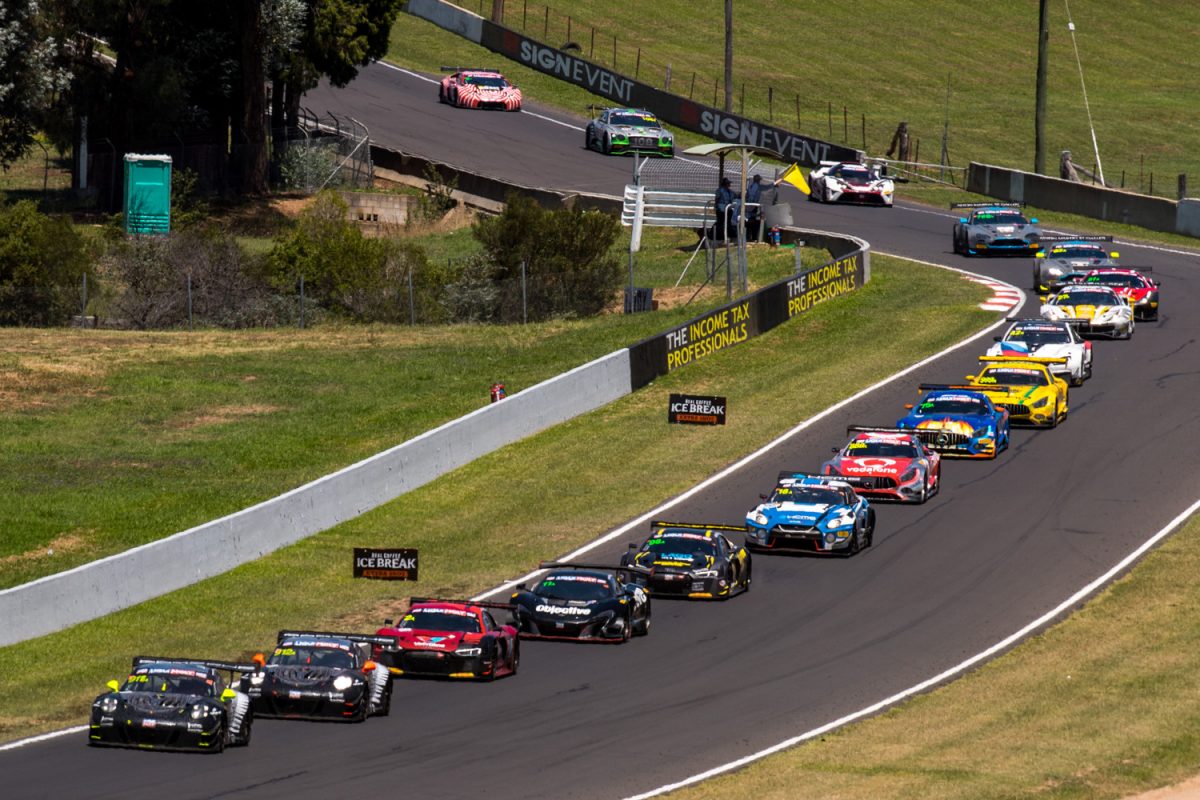 The FIA is reviewing the homologation date for new GT3 machinery

The FIA is reviewing a request to move the homologation date of new GT3 cars from March to October to allow manufacturers to race their latest machinery at future Bathurst 12 Hour races.

Currently the homologation process for new models takes place after the Bathurst 12 Hour, which means the event must run cars to the previous year’s regulations.

It effectively makes the race the final event of the previous season, despite being in the new calendar year.

However, SRO’s technical boss Claude Surmont has confirmed there is a push to shift the homologation date in an attempt to make new cars eligible for the early season races.

“There has been a request to the FIA to try to get those homologations sooner,” Surmont told Speedcafe.com.

“So last week the FIA Technical Working Group meeting in Geneva has handled that request.

“They’re looking in the calendars how they can work because it’s moving a process that normally you have to send everything in by the month of March.”

The revised process would see the homologation date shift to October, allowing time prior to the start of the new season’s events to gather Balance of Performance data.

Balance of Performance is separate to a car’s homologation with the SRO, led by Surmont, testing every car to ensure it fits within an envelope of performance.

The process takes eight months, meaning manufacturers would have to submit their paperwork for a new model in this month in order to be ready for an October deadline.

“We’re talking about a document of 200 pages, with a lot of technical detail,” Surmont explained.

“It’s a long and detailed process, so you cannot say here they take almost eight months, you cannot reduce it to four months so you have to move everything forwards to try to come to have a final homologation by October.

“If I have enough data and I say the homologations are finalised in October we would already test the cars in September.

“If there’s a race somewhere in October, normally I am strong enough I think to be able to accept that car and to have it competing with the rest in a good environment under the BoP.”

That timeline makes it unlikely and move to the homologation date would be in place for 2020.

Instead it’s more probable that the 2021 Bathurst 12 Hour would be the first in which ‘current spec’ cars, rather than the previous year’s cars, would likely be eligible.

BMW Motorsport boss Jens Marquardt, who attended last weekend’s Bathurst 12 Hour, told Speedcafe.com that the marque would be in favour of a move but understands the challenges in forming BoP for new cars.

“For sure we would be interested in a move like that but I don’t know where discussions in that respect are at,” Marquardt told Speedcafe.com.

“It is obviously something where I can understand if you are a promoter that you want to have a well balanced field.

“Having cars being new and only homologated in October and then there being a proper race without having the proper BoP is definitely a challenge.

“I think this is what really needs to be discussed and how that cane be handled.”

The push has come not only from manufacturers but also promoters, with events like Bathurst keen to have the latest spec machinery on track for early season events.

“I’m very happy that the FIA is looking into it to try to move it, and because for lots of GT3, for IMSA, for here, even for Dubai, for the promoters it would be nice to be able to start the beginning of the year with all the new cars,” Surmont reasoned.

“I don’t know what the outcome is, so in that case they can say, ‘look, we can finalise the homologations by October’, and we can also have the car, re-test the car, and the car can do one of the last races of one of the SRO Championships or championships using SRO BoP, then we could allow the next year those cars to join.”