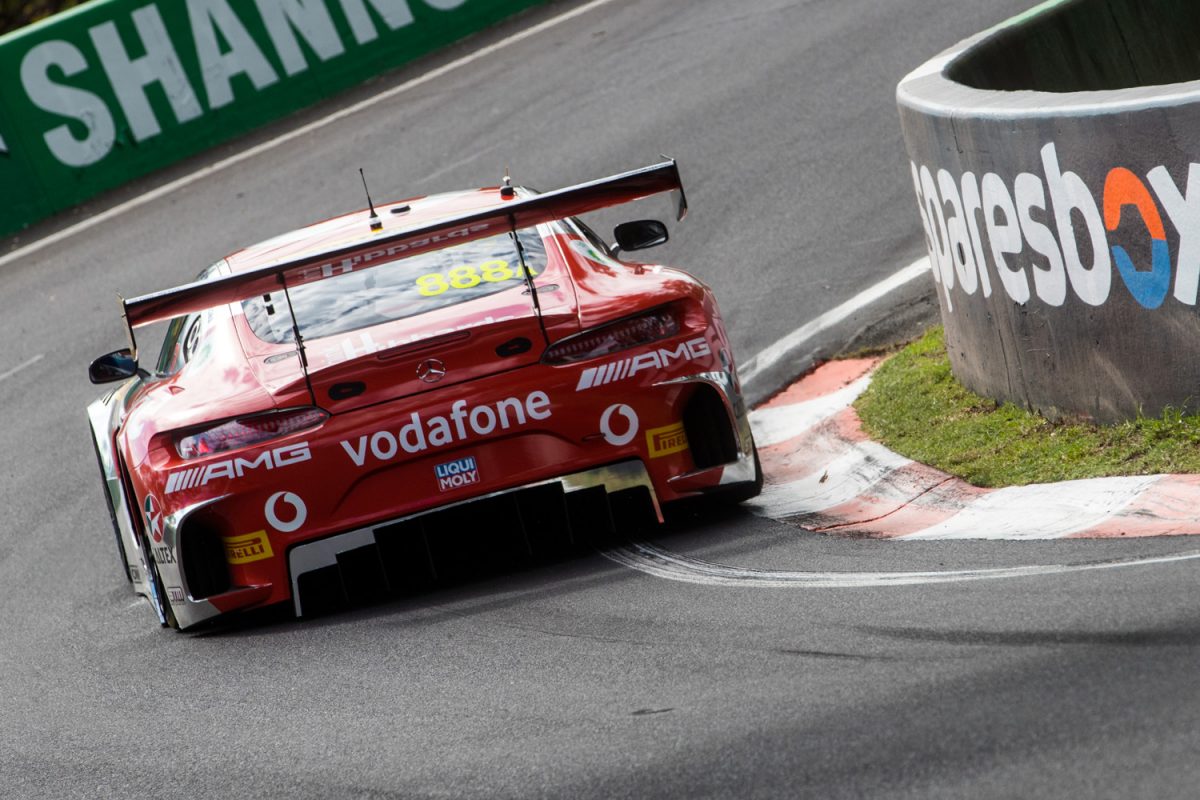 The 888 Team Vodafone Mercedes-AMG GT3 squad has escaped penalty when officials reversed a decision which had handed a drive through to Jamie Whincup for a restart infringement.

Officials initially showed the black flag to Whincup when the seven-time Supercars champion passed the Safety Car while heading up Mountain Straight.

The incident occurred under the fourth Safety Car for debris on Conrod Straight, and would have seen the 888 entry slip precariously close to dropping off the lead lap.

However, team boss Roland Dane immediately argued the decision with officials, claiming Whincup was waved through by the Safety Car.

“We don’t think there is a penalty. He passed the Safety Car when it had the green lights on,” Dane explained when the penalty was initially dished out.

“Two other cars chose not to. They just hung back and hung back so the stewards are having another look at it.

“The Safety Car driver told them what took place. Hopefully they do the right thing.”

Upon review officials elected to rescind the drive through penalty, leaving Whincup to continue in 11th place.

“Once they’d had a look at it they realised what had happened.”

Earlier, team manager Mark Dutton admitted the team was struggling with braking issues, with Craig Lowndes revealing there was nothing the team could do and it would simply have to live with the issue.

“We’re pushing the brake pedal as hard as we can. The ABS lights are all coming but the retardation of the car is not quite as nice as we’d like it,” Lowndes said.

Dutton added: “We’ve got some decent car speed but really the brakes are not working for us as we’d like.”