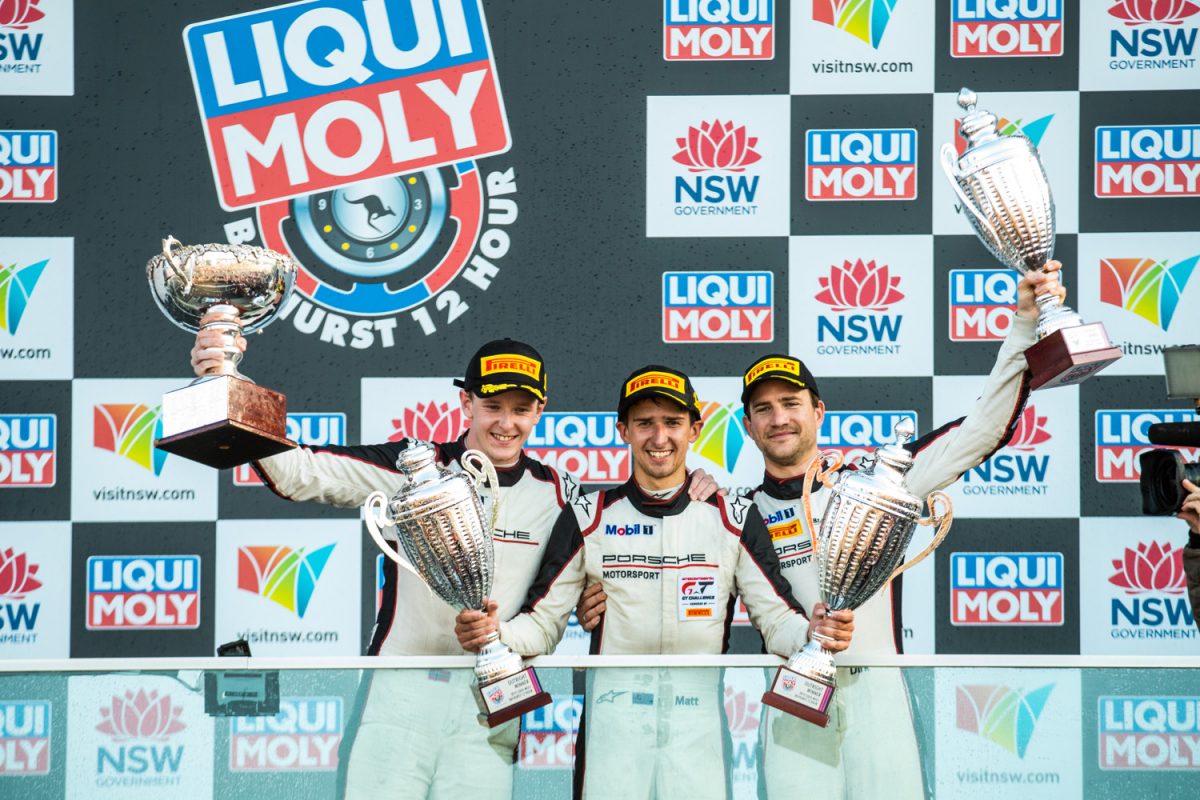 Matt Campbell and co-drivers Dennis Olsen and Dirk Werner will keep victory in the Liqui-Moly Bathurst 12 Hour after officials elected to take no further action on the late-race pass on Chaz Mostert.

Campbell made a strong move on Mostert’s BMW, seizing the apex at the Chase as the pair made door to door contact.

It sent the BMW Team Schnitzer M6 GT3 into the grass while the Earl Bamber Motorsport Porsche scampered up the road to an eventual race win.

Officials noted at the time that they would investigate the incident post-race, though upon doing so deemed no action was taken.

“From my perspective I mean I got a good exit out of the Elbow,” Campbell told Speedcafe.com.

“His car was very quick,in a straight line and I tried to get as much tow as possible.

“We had a bit of contact but at the end of the day I was at the apex far enough down and he also turned it.

“From my side it could have been a little bit cleaner for sure but it got a job done and we needed to do it then and there.”

Mostert recovered to end the race in fourth while Campbell put another hard move on Aston Martin’s Jake Dennis to seize the race lead, taking the win by 3.4 seconds.