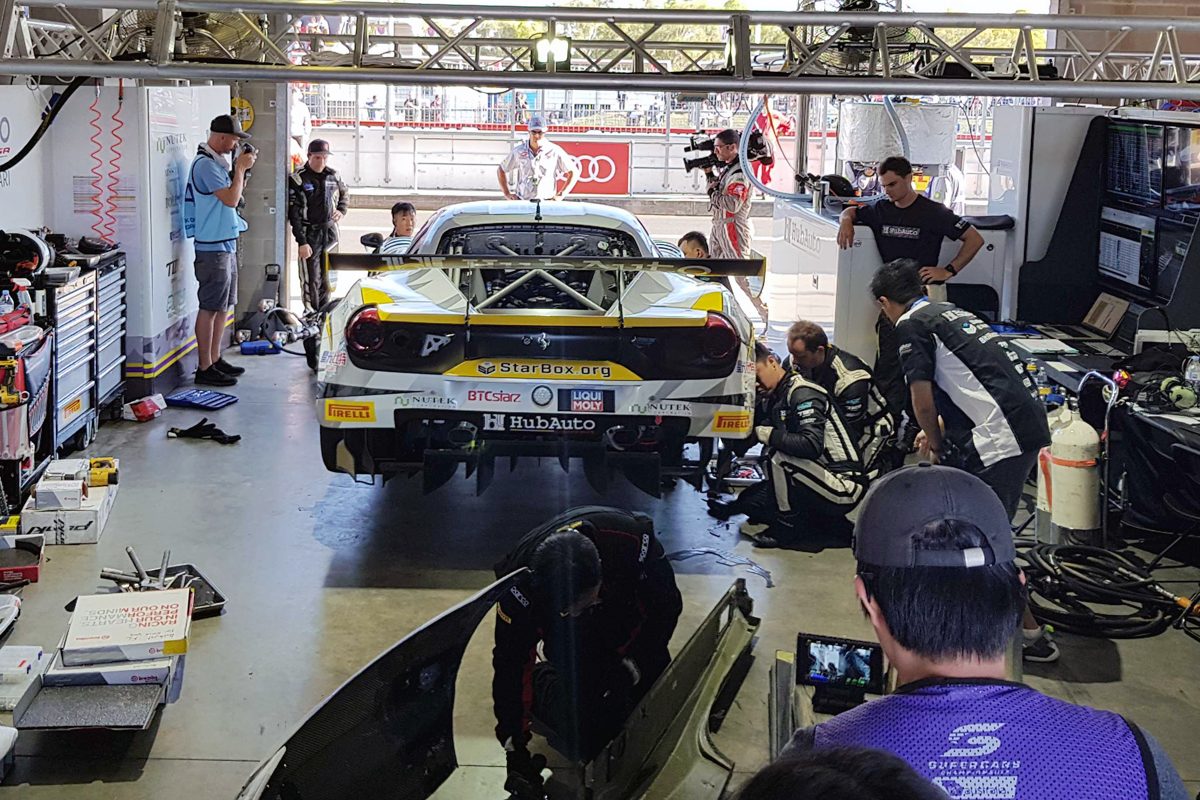 Nick Percat and Mathijs Bakker have offered different versions of the incident which saw the duo in the wall on the approach to Forrest’s Elbow in the early stages of the Liqui-Moly Bathurst 12 Hour.

The HubAuto Corsa Ferrari and MARC Focus V8 triggered the race’s second safety car after they clashed with both claiming they were tagged by the other in the Lap 49 incident.

Despite their differing views, Percat refused to lay blame at Bakker in what he implied was an incident typical of multi-class racing.

“I got left room then I gave room back and obviously there was no more room and I got tagged in the rear and ended up in the fence at Forrest’s Elbow,” Percat explained.

“There is no blame on the other car. It is very difficult to drive the slower cars as you are always looking in the mirrors. I feel sorry for those guys.”

Bakker meanwhile claimed it was he who was tagged which pitching him into the wall with the Dutchman not holding back in his criticism of the Supercars regular.

“He hit me on the outside of the car, so on the back on the square of the car,” Bakker told Speedcafe.com.

“I actually could do nothing about that. He was driving hard into me. I was a passenger.

“I was already prepared to go in the Elbow and he’s trying to hit me there, he’s on the wrong side,” he added.

“If you want to take over you have to be on the other (left) side. I think he’s a little bit confused in his head.

“He was wrong place. I was on the wrong place probably but for the accident, but he cannot do that.

“He looked at the car, he knows I had not the speed so, why? Because it’s maybe 100 metres to the Elbow and then straightaway.”

The incident saw both cars stop out on track before being ferried back to the paddock.

HubAuto Corsa dropped more than 30 laps as it worked on repairing the Ferrari 488 GT3 while MARC Cars Australia entry was also able to return to the fray, Bakker retaking the wheel 48 laps down in Invitational class.