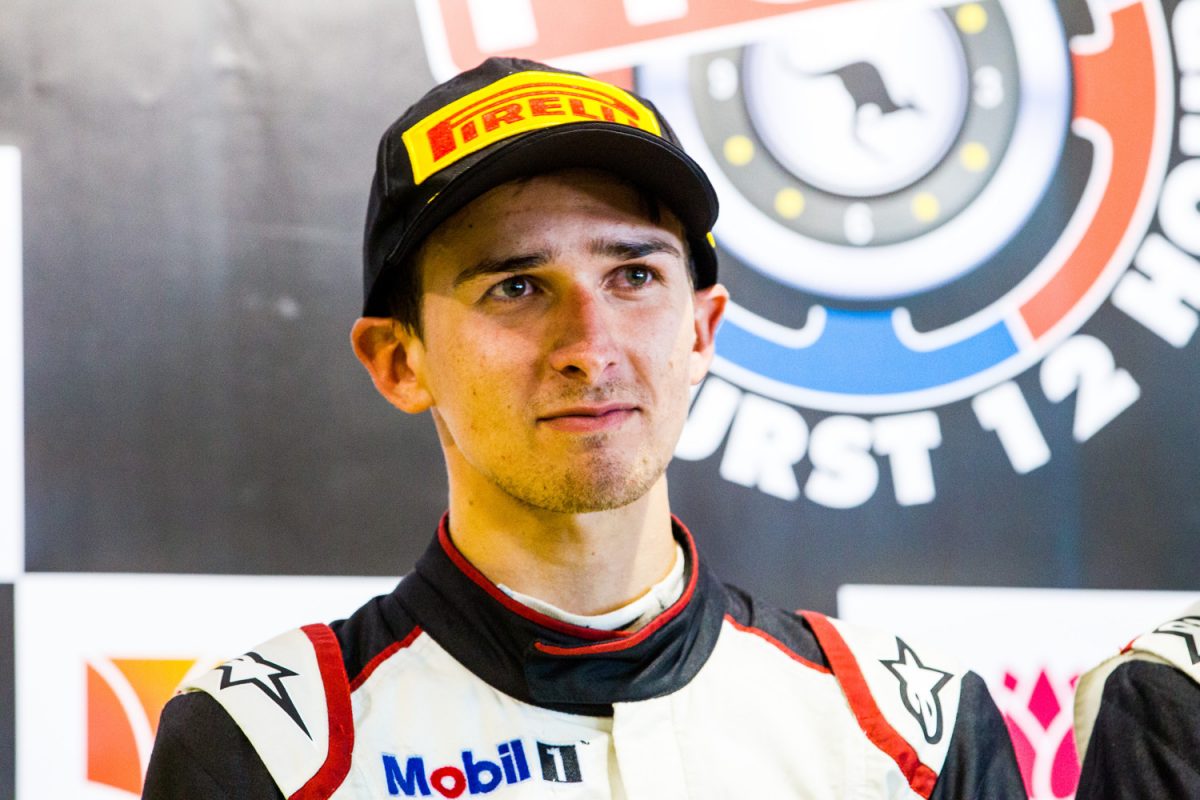 Matt Campbell has branded victory in the Liqui-Moly Bathurst 12 Hour as the best moment of his life after combining with co-drivers Dennis Olsen and Dirk Werner to seal Porsche’s first win at the mountain.

His aggressive move on Mostert caught the ire of officials, and threatened to derail celebrations with a post-race investigation, before it was decided it warranted no further action.

“I suppose with Le Mans last year obviously being the biggest race in the entire racing calendar, for sure it’s a career highlight, especially to that point,” Campbell told Speedcafe.com.

“It sounds bad, but it (Le Mans) was an easy race for us. We had the lead since hour two and we always had a two and a half to three minute lead all race that we just had to maintain.

“Here it’s a 12 hour sprint race and we really had to work for it.

“What a way to send off the old car. It is its final race and to get a race victory is pretty damned special because it’s my favourite race event on the whole calendar and my favourite race track in the entire world.”

His comments followed the post-race press conference where the Queenslander admitted that while the win was special for Porsche, it was equally special for him individually.

“We’ve been so close the last two years, and even myself in an Am car,” he said during the press conference.

“Now to finally get it, especially in the last year of the car; it was win it or bin it.

“I knew coming into the race we were going to be in real contention. We’ve shown great pace in the last few years and to do it in the way we did in the last stint, I really don’t know what to say. It’s the best moment of my entire life.”

When pressed by Speedcafe.com on what made the win so special, Campbell admitted it was the manner in which the win was achieved that made it stand out.

“We had to work for it for sure, there was a lot of fast cars,” he explained.

“We ran a different strategy, we knew our strengths and we really worked on our set-up towards the end of the race in practice and it really paid off for us.

“To do it the way we did is pretty damned phenomenal. To win my home race, it’s the only one I get to do (in Australia) these days, it’s just bloody awesome.”