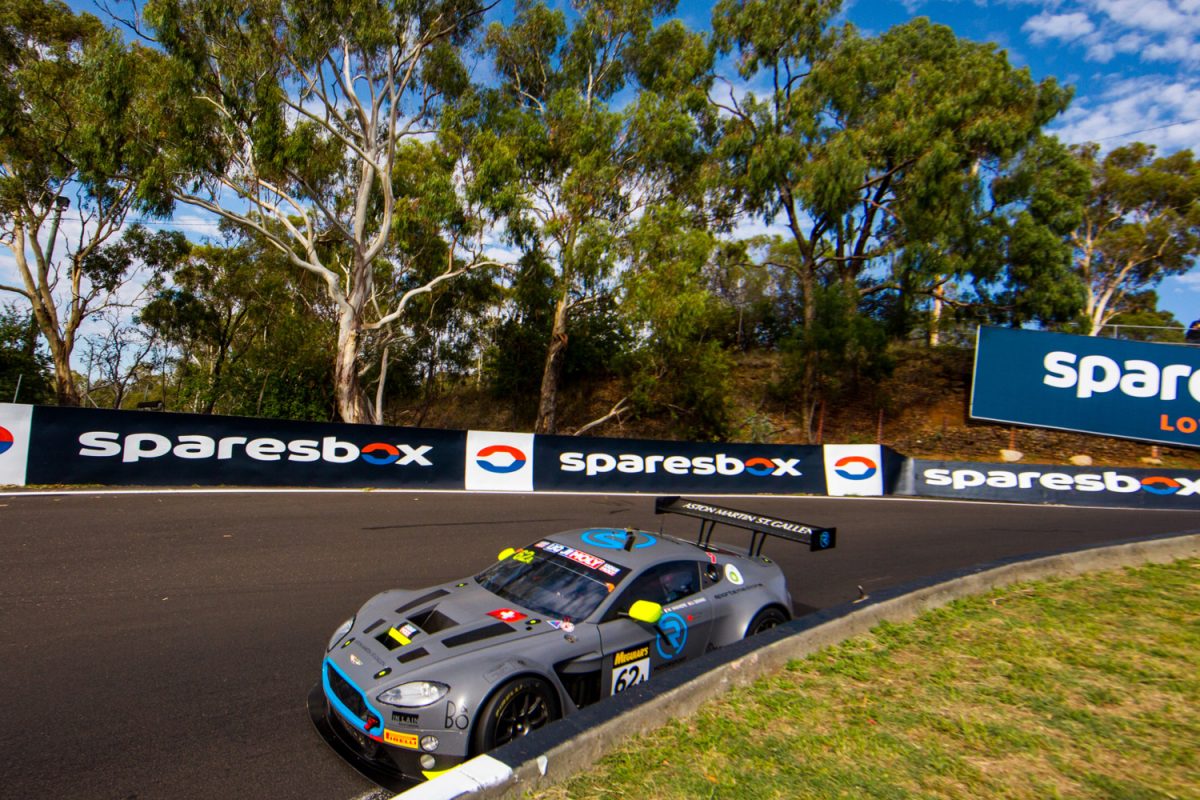 R-Motorsport has been stripped of the Allan Simonsen Pole Award Trophy after stewards excluded the entry from Bathurst 12 Hour Top 10 Shootout.

Impressive rookie Jake Dennis had posted the fastest lap in the shootout but post session checks have revealed the #62 Aston Martin V12 Vantage GT3 had breached the technical regulations.

The car piloted by Dennis, Marvin Kirchhöfer and Matthieu Vaxiviere had already been hit with a two place grid penalty before session which left them third on the grid.

“The breach was unintentional and related to the vehicle’s manufacturer-supplied homologation documents.

“R-Motorsport had initially been award the prestigious Allan Simonsen pole trophy despite the pit lane speeding penalty – which was to be applied to starting grid rather than the shootout results.

“However, the exclusion of the car ensures the car will be recorded to have failed to set a time – handing the Allan Simonsen Pole Award to GruppeM Racing on their first visit to Mount Panorama.

“The penalty applied by the stewards of the meeting was exclusion from the results of the Pirelli Top-10 Shootout.”

The exclusion coupled with the penalty will see the car drop to 12th on the grid for Sunday’s race.

Officials are yet to release the final grid with all the penalties applied.

The #999 GruppeM Racing Mercedes-AMG that will start from pole position alongside the #77 Craft Bamboo Black Falcon entry.