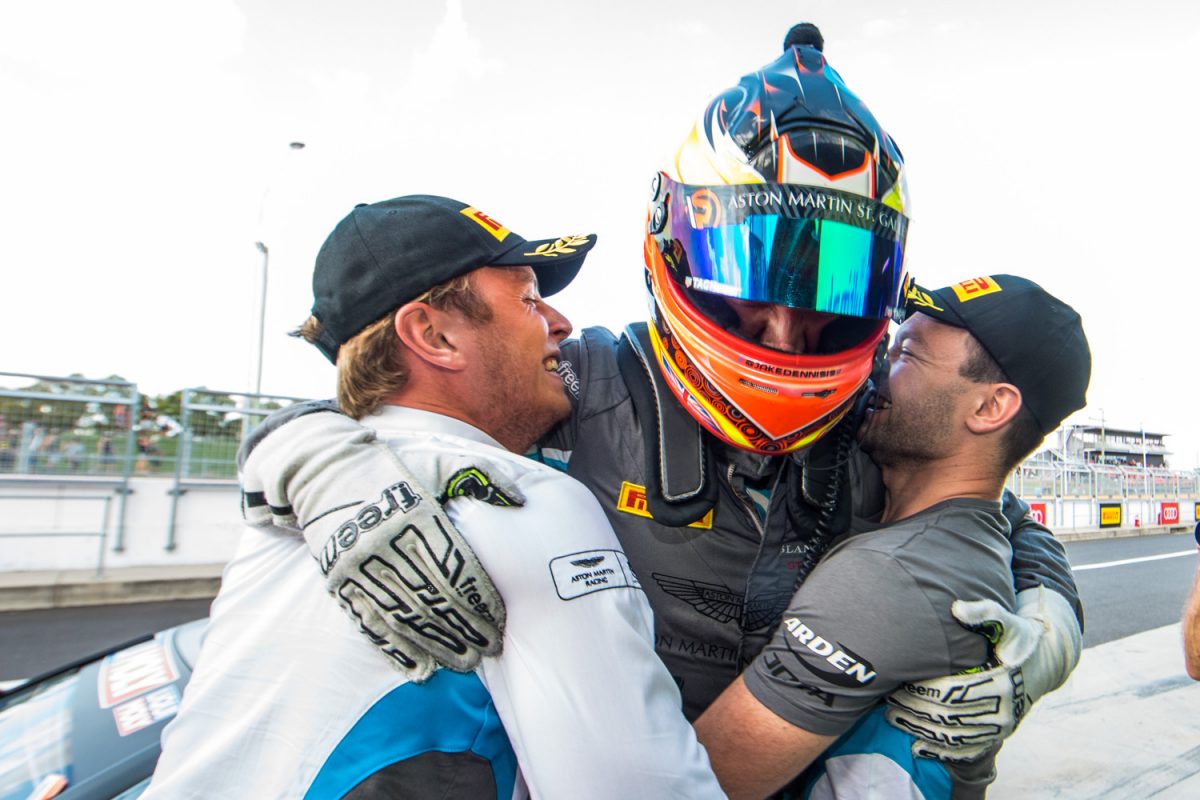 Jake Dennis says there was nothing left in his Top 10 Shootout lap at the Liqui-Moly Bathurst 12 Hour.

The Brit, a Bathurst rookie, was the last car out in Saturday’s Shootout after topping Qualifying earlier on and laid down a 2:02.494s to pip Raffaele Marciello to the Allan Simonsen Pole Award Trophy by a full 0.440s.

Dennis’ lap is even more remarkable considering he did it at the wheel of an older generation Aston Martin V12 Vantage GT3 which is on its last hurrah outing as a current spec car.

“The lap was pretty spot on, to be honest. We were really struggling in sectors one and three so to only be one and a half tenths off in sector two, we knew we had a good chance,” the 23-year-old R-Motorsport driver said.

“I didn’t leave anything (on the table). My aim was to be P1 or I crash. There was nothing left. So I went balls out and did the lap and everything came together.

“I was so excited for the (Shootout),” added Dennis.

“So excited but nervous, I was so, so nervous. Obviously, I’ve never done (a Shootout) before.

“I put a lot of pressure on myself to do well and when I sort of did the lap and crossed the line it was a massive sensation of relief.

“To obviously win the (Allan Simonsen Pole) award when I was back at the garage when they handed me the trophy was a really good feeling. Not many things come close.”

Despite setting the fastest time, the #62 R-Motorsport Aston Martin will not start Sunday’s 12 hour marathon from pole.

A pit lane speeding infringement for the car in Qualifying 1 saw the team slapped with a two-place grid penalty, dropping them to third on the grid and promoting the GruppeM Mercedes to first.

Dennis, however, is unfazed by the grid drop.

“It’s a bit of a shame, but honestly, it makes no difference to the race whatsoever,” he commented.

“The limelight will be taken away a little bit on the media. Everyone knows who put it on pole today, that’s what we’ll take away from it.

“Starting first or third for a 12 Hour race really makes no difference.”