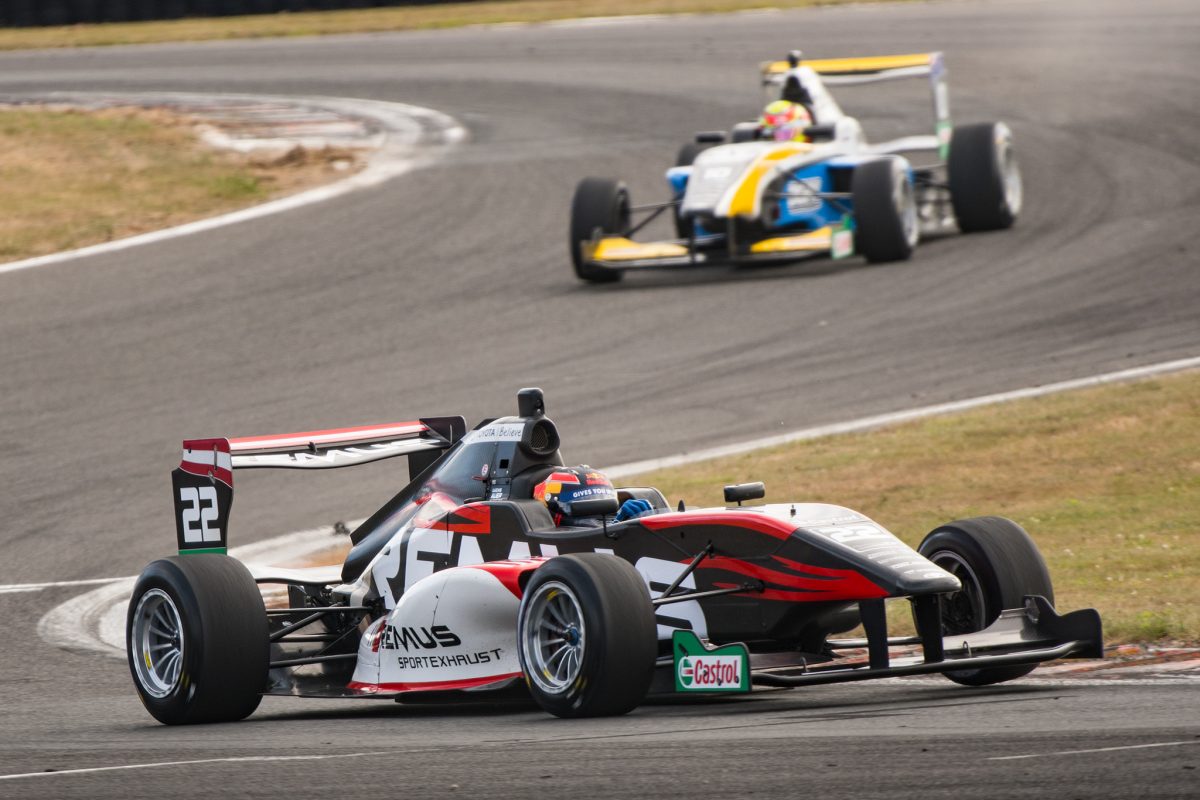 Lucas Auer and Liam Lawson have shared the spoils in the first two races of Round 4 of the Castrol Toyota Racing Series, while Marcus Armstrong lost the series lead.

Austrian Auer picked up his first race win of the campaign in the 15-lap Race 2, while Lawson prevailed in lights-to-flag fashion in the 20-lapper earlier in the day.

The second race of the day saw Auer lead the field away as Armstrong capitalised on Lawson’s poor start from pole to lunge down his fellow New Zealander’s inside at the first corner and take up second position.

Armstrong was still running second when his M2 Competition car’s left front suspension mounting bolt failed under brakes on Lap 4, pitching him into the gravel trap at Turn 1.

He made it back to the pits and eventually returned to the race track, but only completed a total of 10 laps and was therefore not classified as a finisher.

Lawson crept back up to Auer but appeared to settle for second and safely resume the series lead with a round-and-a-half remaining.

Earlier, Lawson got the jump from the front row and while he had an untidy couple of laps early on, he pulled away from Armstrong once he composed himself.

On Lap 6, Auer made a superior run to Armstrong onto the back straight which saw him round up his team-mate into the chicane and take second position.

Lawson was gapping the field by multiple seconds per lap before Parker Locke (United States) spun and brought about the Safety Car.

Despite the three-lap dash ahead of him, Lawson won the race comfortably from Auer, but Armstrong had to work hard to keep Petrov at bay and hang on to take third.

Hyman was fifth, behind Petrov, while Australian Jackson Walls finished sixth having jumped from 11th to seventh at the start.

Leitch took the chequered flag in 14th after being turned around by Cameron Das (United States) while running eighth.

Walls went on to finish eighth in Race 2 while compatriot Calan Williams was eighth and ninth in the respective races, and Thomas Smith 11th and 14th.

Race 3 tomorrow will start with a reversal of the top six from Race 2, before Race 4 for the Denny Hulme Trophy in the afternoon.