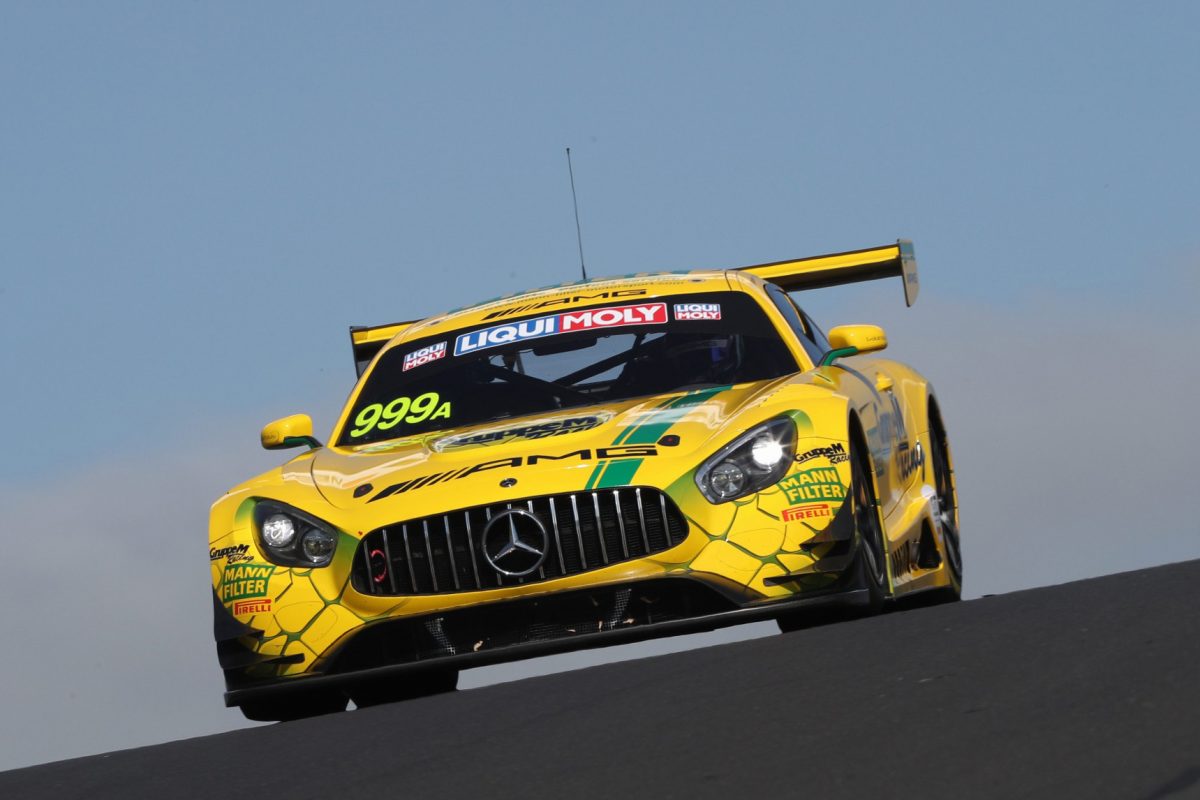 Mercedes-AMG Team GruppeM Racing had the quickest time in a crash-marred second practice session at the Liqui-Moly Bathurst 12 Hour.

Early in proceedings, Tim Pappas lost control at The Chase hitting the concrete wall at high speed and bringing out a lengthy red flag.

The pair made contact on the exit of The Chase as van Gisbergen looked to pass the slower Ferrari, nosing into the back of the car and sending it into the wall on driver’s right.

Following the incident Triple Eight social media stated van Gisbergen stopped his car on the side of the track and got out to check if Dalla Lana was okay before returning to the garage with splitter damage.

The Mercedes remained in the garage for the rest of the session while the Ferrari was recovered on the back of a flatbed truck.

As a result of the two red flags, teams had limited running.

Raffaele Marciello set the fastest time in the GruppeM Mercedes-AMG GT3 moments prior to the second red flag which then stood the duration of the session.

Tim Slade ended up second in the #27 HubAuto Corsa Ferrari 488 GT3, while the #2 Audi Sport Team Valvoline entry was third.

The #77 Craft-Bamboo Racing Mercedes-AMG GT3 was fourth with the #12 Competition Motorsports Porsche completing the top five.

Huge shunt for Pappas in the #540 Porsche. Hope he is ok. #B12HR pic.twitter.com/qKvt8V4ZjI