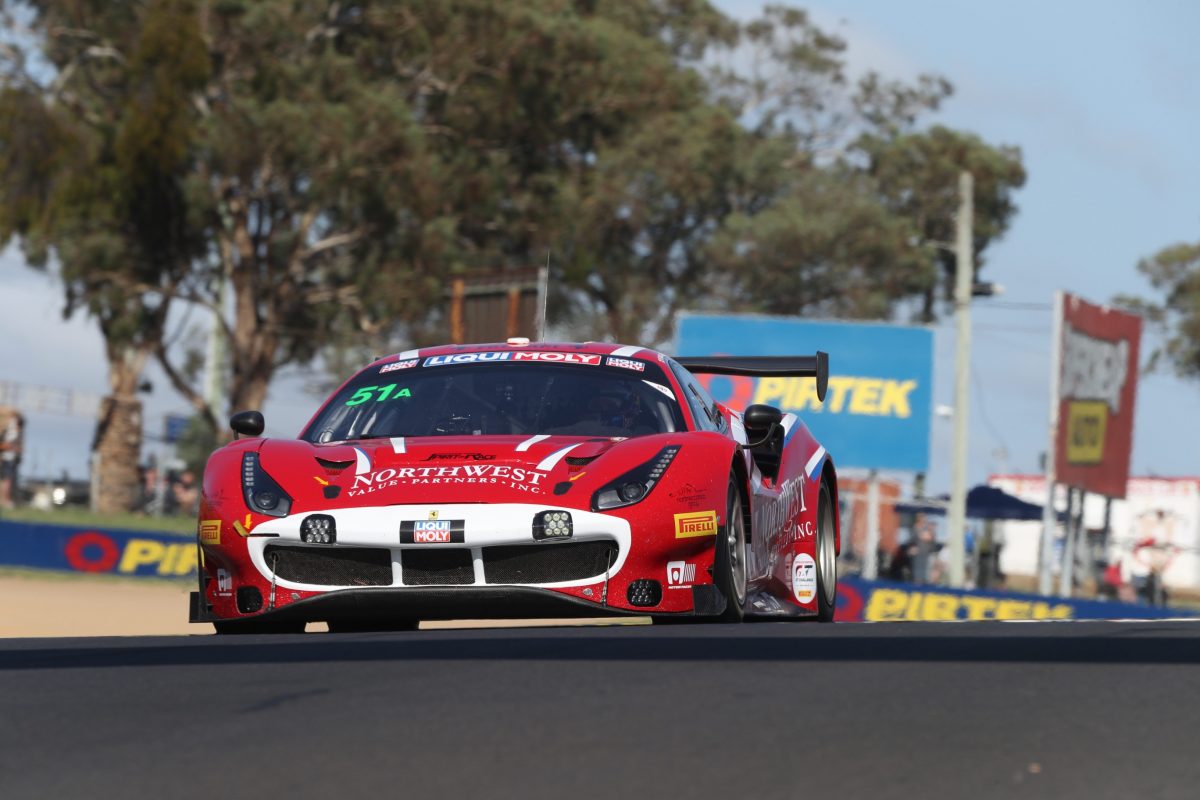 The Spirit of Race Ferrari of Mathias Lauda

The Spirit of Race Ferrari piloted by Mathias Lauda topped the opening session at the Liqui-Moly Bathurst 12 Hour.

Lauda, son of Formula 1 legend Niki Lauda, clocked a 2:06.86 late in the hit out to put the Ferrari 488 GT3, he shares with Paul Dalla Lana and ex-F1 driver Pedro Lamy to the top of the times.

The session, held in bright and breezy conditions, saw 28 of the 40 cars log times with the outing excluding Platinum and Gold FIA rated drivers, ensuring the majority of the pro runners remained in the garage.

Australian Josh Burdon, who had topped the times until late on, was only 0.07s shy of the Ferrari in the #35 KCMG Nissan Nismo GTR GT3.

Third belonged to the #75 SunEnergy1 Mercedes AMG-GT3 piloted by ex-pat Aussie Kenny Habul, who emerged fastest in the early stages.

Practice 2 was due to begin at 0920 local time although an incident with the #3 Audi of Pete Storey delayed proceedings by 15 minutes.