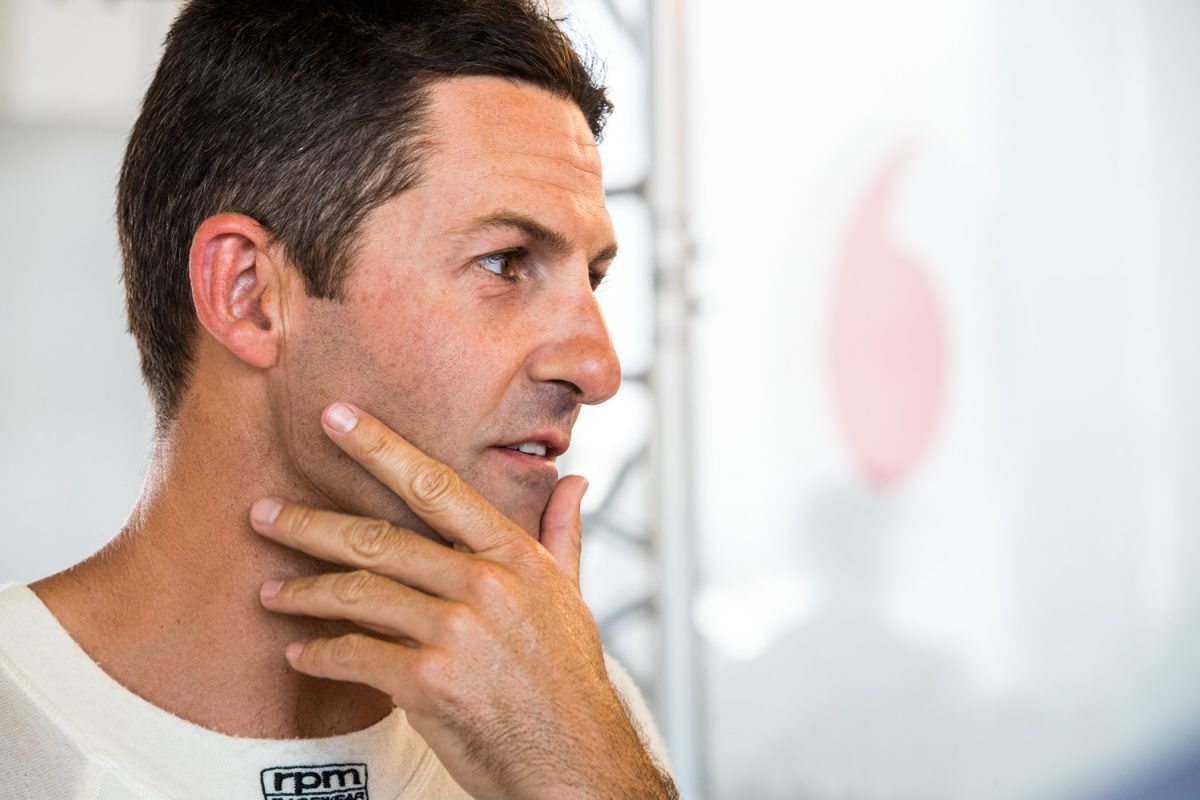 In the second of a series of Speedcafe.com columns from within the 888 Mercedes-AMG Team Vodafone garage, Jamie Whincup offers his views from a hectic opening day at the Liqui-Moly Bathurst 12 Hour.

It’s fantastic to be back in a race car after a few months off. It’s always a treat to be driving around one of the best circuits in the world up here at Bathurst, so really enjoyed the first practice session, the first time I was in the car. Just getting back into driving and enjoying the feel of the tyres floating across the road, the horsepower, the G-forces, and the brakes. These cars offer up a massive amount of downforce compared to our Supercars, so the speed over the top of the mountain and the braking capacity is absolutely massive. So, really enjoyed that.

Then we started the process of trying to make the car go faster, which proved to be quite difficult. These cars are a completely different beast to what we’re used to in Supercars. All three of us pushed pretty hard all day to go fast, but we certainly need to work on the car. Some of the changes we made went the opposite direction to what we thought it would, or the opposite to what it normally does, so we realised today we’re still pretty raw to GT racing, but we’ll work it out over the day to try to get performance because you need car pace to be able to win this race.

You always like to finish the first day with no damage. We had to replace a few panels on the car today, which wasn’t favourable, but there are very different styles of drivers out there. GT racing is about giving the ‘gentlemen’ drivers an opportunity, so we absolutely respect that. We’re in their world, and we just have to keep reminding ourselves that the drivers are in the mirrors a little bit more than we’re used to in Supercars and we’ve just got to be a bit more careful when executing passes.

We could have finished the day with no damage and learnt nothing and not be competitive, so we’re pushing the limits. We’re absolutely making sure we’re competitive, and to do that you’ve got to take small educated risks. That’s motorsport, that’s the game we play. Today it beat us a little bit, but hopefully we got all the bad stuff out of the way early.

A big part of being competitive in GT racing is being on the right side of the Balance of Performance. Sometimes your car isn’t as quick but the quickest time today was done by Mercedes, so we’re happy that’s the case, the Balance of Performance is good for the car we’re running. It just comes down to tuning it, making it fast, the usual things that we do in any motorsport; the springs and the roll bars, the tyre pressures and the cambers. We’ve got to do a better job at that, and understanding this car and what this Pirelli tyre likes. It’s going to be a steep learning curve, but we’re looking forward to the challenge and we’re trying to speed up that learning curve as much as we can in the next few days.