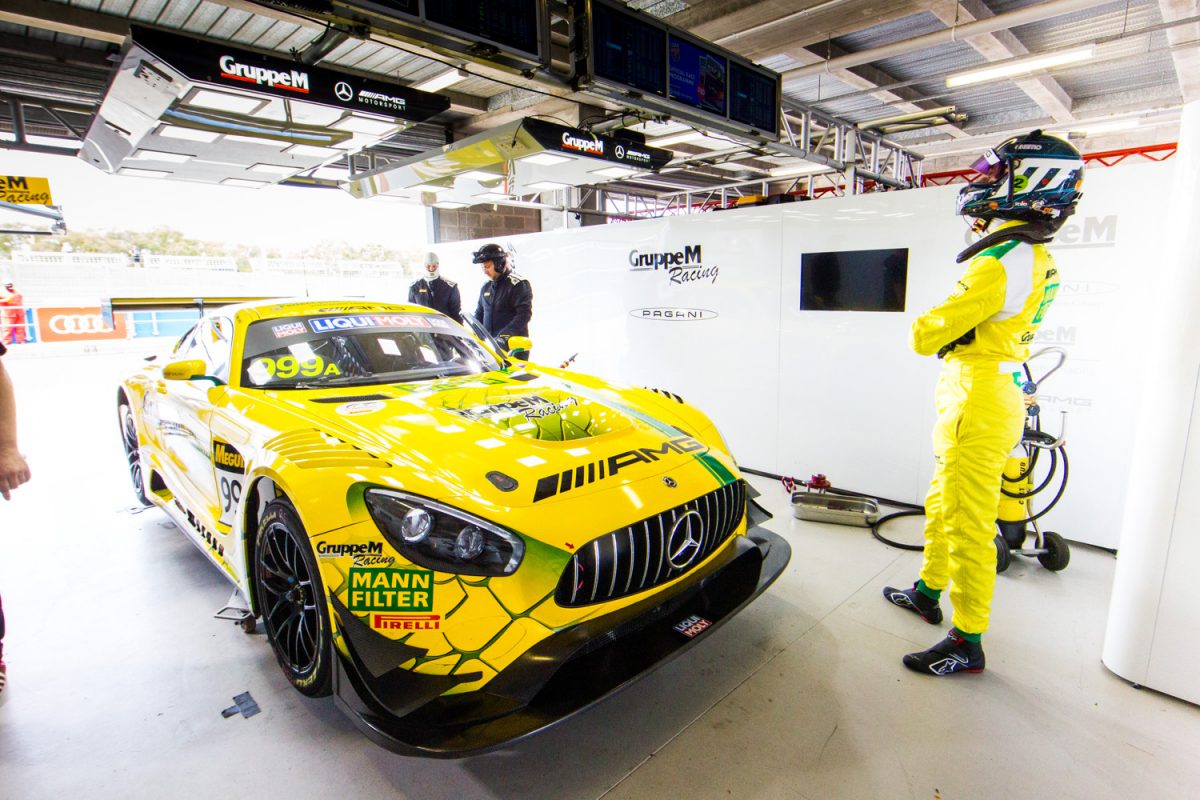 The early part of the session saw times tumble, with a battle emerging at the top of the time sheets between Mercedes, BMW and, in the latter stages, Ferrari and Audi.

At the chequered flag the GruppeM Racing Mercedes-AMG GT3 with Maximilian Goetz at the wheel held on to a two tenths advantage over the BMW Team Schnitzer entry.

Maro Engel was the first driver to drop into the 2:04s bracket, the Mercedes-AMG GT3 driver the first to drop below 2:05s in a day that had been interrupted by red flags during earlier sessions.

The German improved though so too did Christopher Haase in the Audi Sport Team Valvoline entry with a 2:04.5397s effort to move a tenth clear at the top after the first quarter of an hour.

Bentley moved to the top shortly afterwards, Andy Soucek, banking a 2:04.2214 to edge Engel by less than half a tenth to go fastest.

That pace was a second off the theoretical fastest, with the best three sectors combined recording a comfortable 2:03.2s lap.

An enthralling battle emerged at the top of the timing screens with Audi, Bentley, and BMW represented and constantly trading fastest laps.

Down the order David Reynolds was the leading Pro-Am entry in ninth place with the The Bend Mercedes-AMG GT3, one spot clear of Ben Porter who was behind the wheel of the Trofeo Motorsport Lamborghini Huracan GT3.

Mercedes joined the party at the top of the time sheets, Raffaele Marciello setting a 2:03.9687s to move the GruppeM Racing Mercedes-AMG GT3 into second.

On the Italian’s next time around he improved to a 2:03.5882s to depose the BMW Team Schnitzer car which Farfus had handed over to Martin Tomczyk.

A red flag was shown with 10 minutes remaining in the session when the Vantage Freight KTM X-Bow GT4 found the gravel at the final corner.

The clock continued to tick down during the red flag, leaving only four minutes on the clock when the green flag was shown.

Cars are next on track for a final practice session at 0835 on Saturday morning before teams will tackle qualifying, the fastest of which will dub into the Top 10 Shootout.