Driver set for hospital check up after heavy Bathurst crash

Driver set for hospital check up after heavy Bathurst crash 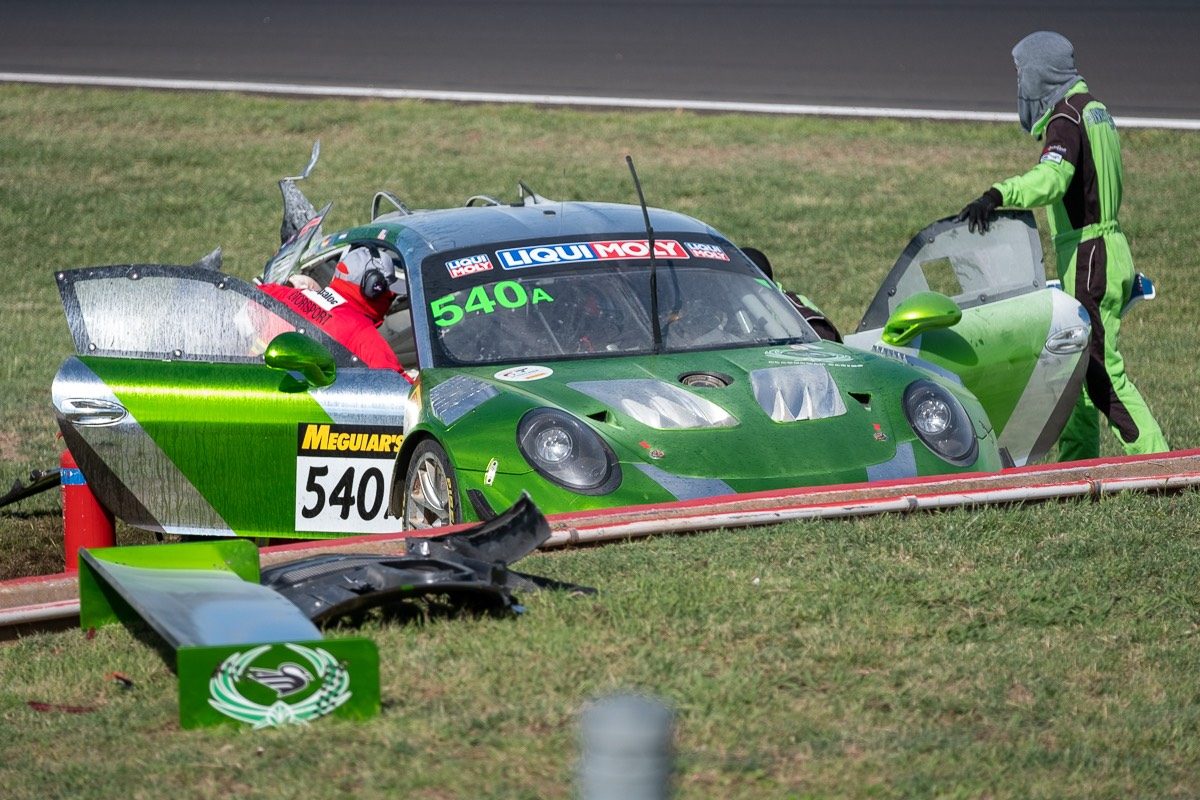 Black Swan Racing driver Tim Pappas is expected to be taken to hospital for a further check up after being involved in a heavy crash during Practice 2 at the Liqui Moly Bathurst 12 Hour.

The American was behind the wheel of the #540 Porsche entry that lost control and backed into the wall hard on the exit of The Chase.

Upon impact the car burst into flames with the blaze eventually put out to allow medical crews to extricate Pappas.

The session was immediately red flagged.

Pappas was transferred to the circuit medical centre in a conscious state and is due to be transported to hospital, according to Porsche Motorsport’s official Twitter account.

“Update on #540 Driver Tim Pappas is in medical center, he is conscious and will be brought to a hospital for further inspection,” read a tweet from Porsche Motorsport.

Black Swan Racing is yet to confirm if the status of #540 entry for the remainder of the event.

#IntGTC – Update on @BlkSwnRcng #Porsche #911G3R No. 540: Driver Tim Pappas is in medical center, he is concious and will be brought to a hospital for further inspection.