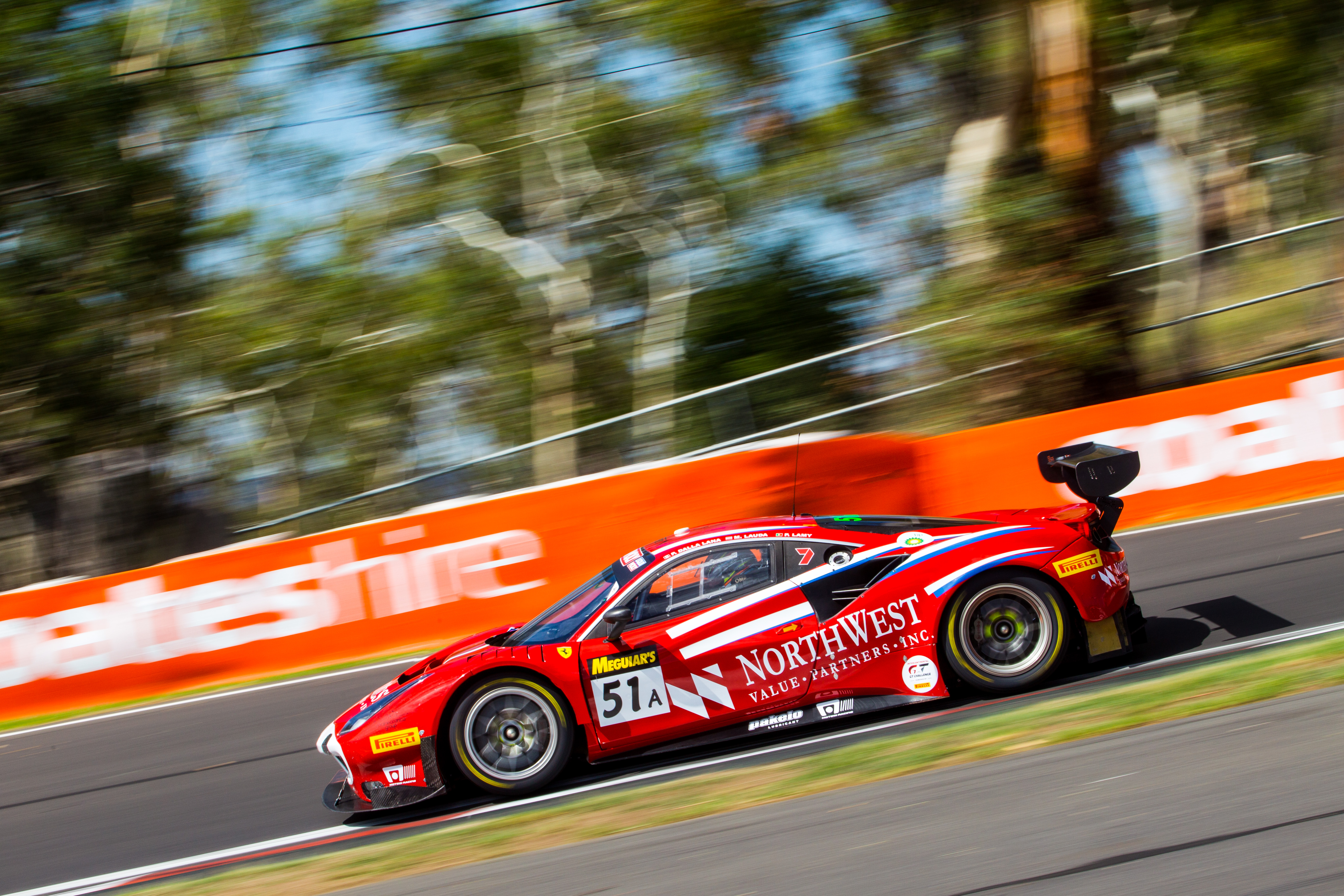 The Spirit of Race Ferrari 488 GT3 which crashed heavily into the concrete wall during Friday practice will be repaired for Saturday’s running at the Bathurst 12 Hour while driver Paul Dalla Lana was penalised for the incident.

Shane van Gisbergen at the wheel of the #888 Team Vodafone Mercedes-AMG GT3 made front to rear contact with the Dalla Lana piloted Ferrari on the run to Murray’s during Practice 2.

Dalla Lana was tipped into the wall on driver’s right causing significant damage, with van Gisbergen stopping to check if the Canadian was okay before returning to the pits.

The Ferrari, which topped Practice 1 earlier in the day, had to be recovered on the back of a flatbed truck.

Spirit of Race team manager Antonio ‘Didi’ Cazzago confirmed the car will be able to return to the track on Saturday.

“It’s almost finished, I think the guys did a great job today,” he told Speedcafe.com.

“We tried to fix the car to be able to be out in Free Practice 4 but we ran out of time. For sure tomorrow morning the car will be ready.

“Also the rear (was badly damaged) because car 888 hit him on the rear and he crashed.”

Following an investigation into the incident, Dalla Lana was penalised after stewards deemed he was predominantly responsible for causing the contact.

“The driver of Car #51 was found to be predominately responsible in causing the contact when Car #51 changed direction and moved to the right on the straight when Car #888 which had been following Car #51 for a significant distance, maintained the tighter exit line on the right from Turn 22.5 to overtake Car #51,” the stewards report stated.

It will see the car take a 10-place grid penalty for Sunday’s race for ‘careless driving’, though before then it is relying on a bonnet from former Bathurst 12 Hour winning team Maranello Motorsport, which has express mailed one from Melbourne.

It’s expected to arrive in Bathurst on Saturday morning shortly before Practice 5, allowing the Spirit of Race team to take part in the session after sitting out much of Friday’s action.

“We had everything (spares). I’m just waiting for a front bonnet that’s coming tomorrow morning from a friend that is not here, but we have a friend here in Australia,” Cazzago said.

“So tomorrow morning by courier around seven o’clock the front bonnet is coming so everything will be ready.”

Final practice is scheduled to begin at 0835 AEDT on Saturday.