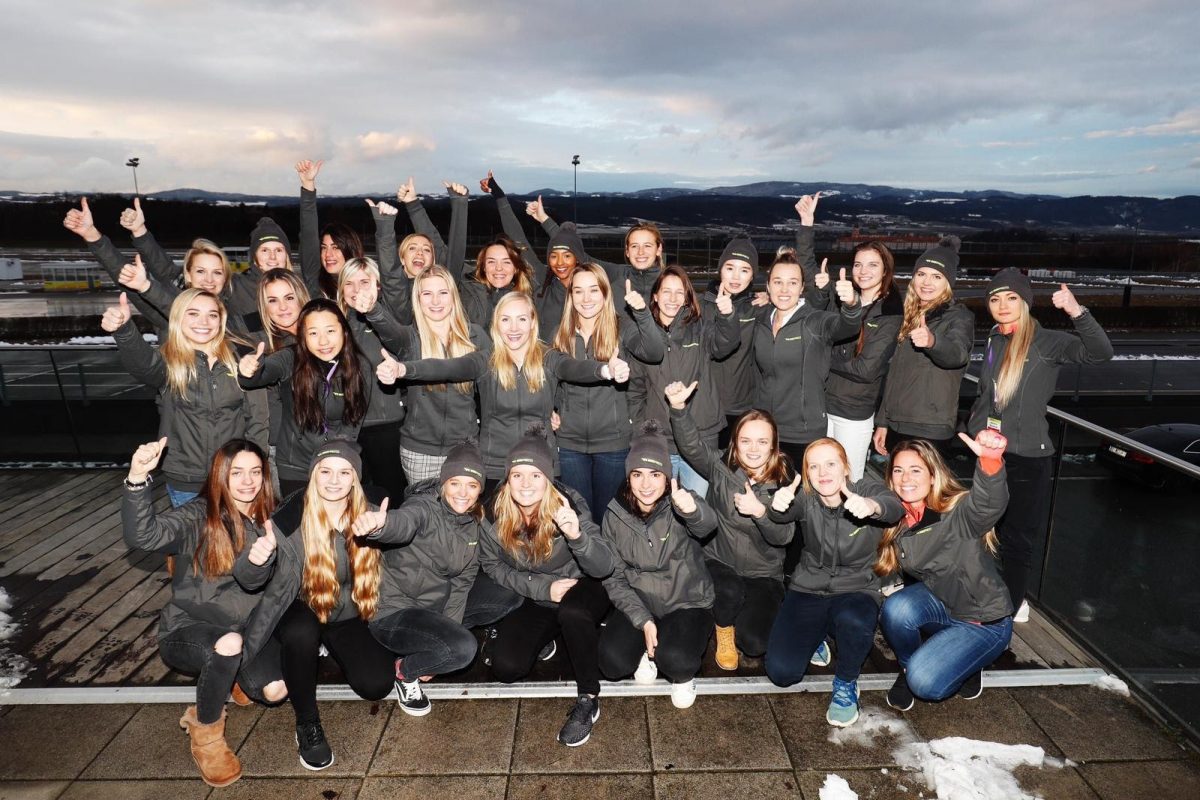 W Series aspirants at the Wachauring

W Series organisers have named the 28 drivers, including two Australians, who have progressed to the final stage of the selection program after the first stage in Austria.

Caitlin Wood and Alexandra Whitley made the cut after three days of challenges at the Wachauring in Melk, Austria.

A total of 54 drivers had attended the event, with Chelsea Angelo and Charlotte Poynting among those to miss out.

Proceedings culminated in a Race of Champions-style hit-out on the final morning on Monday (local time).

According to Alexander Wurz, one of the W Series instructors, the process was the same as that which he ran at the circuit for the FIA Institute’s Young Driver Excellence Academy from 2011 to 2015.

“All W Series’ qualifier-drivers here at the Wachauring are superstars, every single one of them,” said W Series CEO, Catherine Bond Muir.

“But the sad fact is that not all of them will continue to the next stage of our driver selection programme. That’s competition. That’s sport. That’s racing.

“So to all of them who’ve made it through to the next stage, I say: congratulations and good luck in Almeria in March, the final stage of our driver selection programme.

“And to those of them who haven’t made it through to the next stage, I say: obviously, today is a sad day.

“But one thing I’ve seen over the past three days, and that I’ve been massively impressed by, is that each and every one of our qualifier-drivers is tough, brave and strong.

“And of course we’ll therefore encourage them to work hard on their driving for the next few months and then consider re-applying for the 2020 W Series season when the time comes.”

The second and final stage of the process will be a four-day test in the W Series Tatuus F318 Formula 3 car itself in late March in Almeria, Spain.

At that point, 18 drivers and two reserves will be picked for the inaugural season, starting in May.