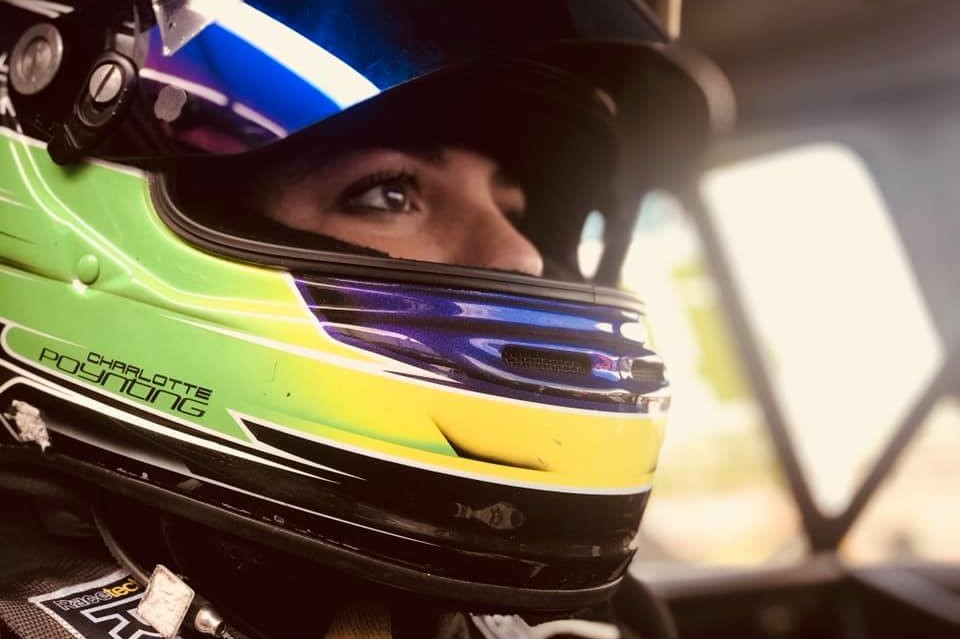 Charlotte Poynting has described the W Series selection process as ‘vague’ and ‘confusing’ after she and Chelsea Angelo missed the cut for its second and final stage.

A total of 54 drivers took part in the event at Austria’s Wachauring, after which the field was thinned to 28 contenders for the 18 seats (plus two reserves) in the inaugural season of the all-female series.

Drivers were put through 10 separate modules, which covered on-track skills (driving road cars) and off-track elements, and culminated in a Race of Champions-style contest on the final morning on Monday (local time).

Poynting described herself as ‘disappointed’ to miss out on selection for the test in Almeria, Spain next month in an expansive Facebook post made during her journey from Austria to New Zealand for this weekend’s SsangYong Racing Series round.

The Novocastrian claims to have finished equal fifth in the Race of Champions activity, and was also perplexed as to how particular other drivers were not shortlisted for the final stage.

She singled out compatriot Angelo in particular as one who “definitely deserved to make it through,” and expressed pride in herself for adapting to the icy conditions which she had not experienced before.

While Angelo and Poynting missed out, overseas-based Australians Caitlin Wood and Alexandra Whitley were among the successful 28 drivers.

“To be completely honest, to say I’m disappointed would be an understatement, but not in myself,” Poynting wrote on her Facebook motorsport page.

“I pushed my absolute hardest, finished equal 5th out of 54 in the race of champions on the final day and excelled above others who have made it through in the other modules but somehow didn’t make it.

“I’m so proud of myself, I performed the best I ever have and I know I was good enough.

“I adapted well, I learnt to drive in snow after only seeing it for the first time on Friday, I easily got the hang of being in a left hand drive, I raced against, and beat girls who have been racing much longer and at much higher categories than I have, but overall I proved to my supporters, the racing world and more importantly myself that this is what I’m made for!

“I’m so thankful to have had the most amazing group to go through this with, congratulations to Natalie, Miki and Gosia for doing it for #TeamMonaco.

“Also to Chelsea, you did so well over the weekend and definitely deserved to make it through, I’m not sure why we weren’t chosen but I’m keen to find out how the selection process was managed as I know a few of us are a little confused.

“W Series did a fantastic job at organising the event, we all had a lot of fun, I have learnt so much, and it’s a great initiative that I really hope succeeds. However I wish there was more clarification on how the selection process was to be determined from the start of the event as it is all still completely vague. This has only made me hungrier to excel back on Aussie shores! I can’t wait to kick some butt this year and jump into some bigger, faster cars! Onwards and upwards for the year ahead, it’s going to be a big one!

In a reply to an encouraging comment on the post from Ruth Bowler, against whom Poynting has raced in Aussie Racing Cars, Poynting wrote, “I placed 5th out of 54 in the snow, I had what it took they just obviously weren’t looking for the fastest drivers.”

While Poynting was arguably an outsider upon arrival in Austria due to her limited circuit racing experience, and only cut laps in an open-wheeler for the first time last week, Angelo is widely considered to have strong potential having impressed at an early age in local Formula 3 racing.

Wood, who hails from near Newcastle herself, won a drive in the Blancpain GT Series due to her performances in the 2016 Reiter Young Stars Cup, while Whitley achieved a level of prominence with a maiden race win in the New Zealand V8 Ute Racing Series last month.

The final stage of selection for the inaugural W Series will be held at the Circuito De Almeria in late March, when the remaining 28 drivers will steer the Tatuus F318 Formula 3 which will be raced in the series for the first time.

Angelo has also written about her experience on social media a short time ago, describing her thoughts as “questionable and somewhat confused.”

“Right now, my emotions, thoughts and feelings are very mixed and questionable, and somewhat confused,” she wrote on Instagram, in part.

“However, this setback will make me stronger and fight for what I believe is right for me.

“W Series have provided us with a great experience that I can take away with me forever which I am grateful for.

“To even think racing in snow is unbelievable. Never would have thought testing in snow would predict testing an F3. But hey I guess you learn new experiences, right..?

“Racing in AUS is my home, my love, my dedication and I will endlessly continue to do that no matter what life throws at me.”

As some of you are aware, some not… unfortunately I did not get selected to proceed to the next stage of the W Series. Right now, my emotions, thoughts and feelings are very mixed and questionable, and somewhat confused 🤨 However, this setback will make me stronger and fight for what I believe is right for me. 💪🏼 W Series have provided us with a great experience that I can take away with me forever which I am grateful for. To even think racing in snow is unbelievable. Never would have thought testing in snow would predict testing an F3. But hey I guess you learn new experiences, right..? 🤷🏽‍♀️😂 Racing in AUS is my home, my love, my dedication and I will endlessly continue to do that no matter what life throws at me. As for my fellow competitor who also didn’t make it, @charlotte_poynting52 you and I have both worked extremely hard to deserve a spot on the grid. I have no doubt our fight and will power will keep us stronger than ever. Melbourne, I’m coming back for you harder and stronger than I’ve EVER been… 🇦🇺✌🏼 #NeverGiveUp #AusTalent #Fight