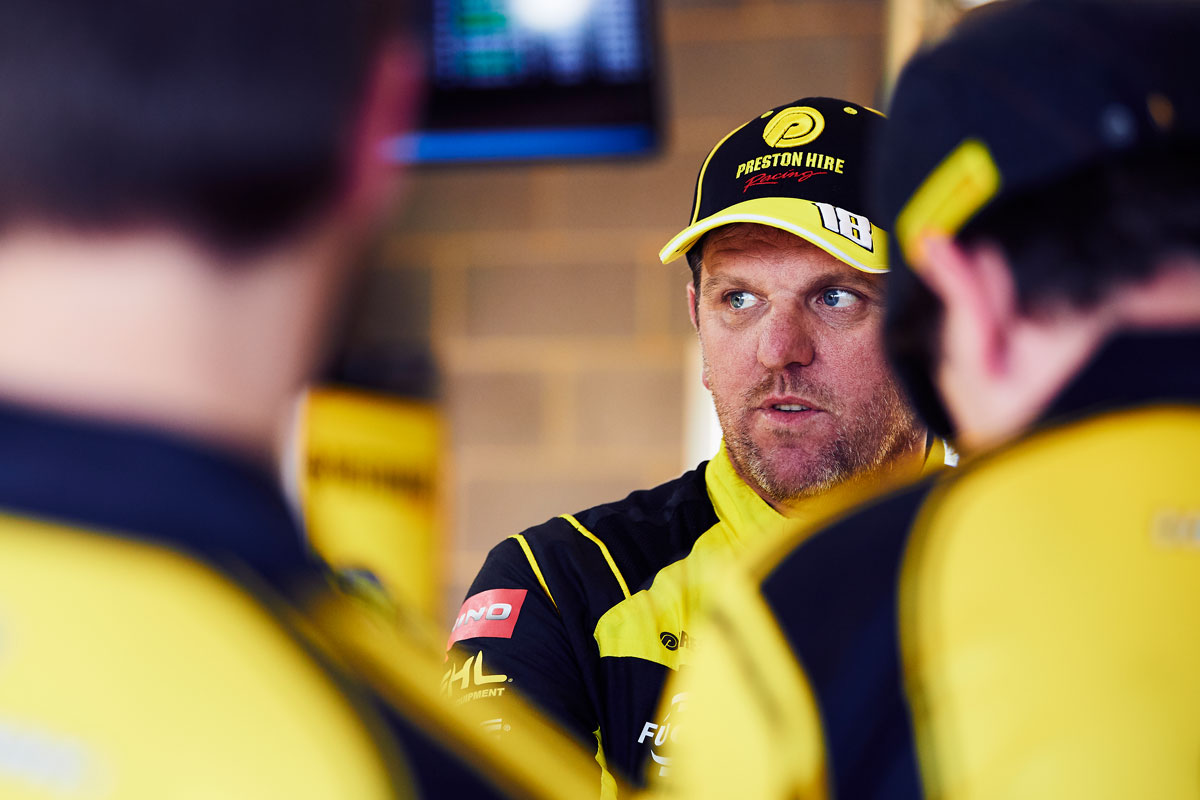 Former Supercars full-timer Jason Bright has revealed he is in talks with manufacturers as he looks to compete in the inaugural TCR Australia Series this year.

After retiring from full-time Supercars racing at the end of 2017, the 45-year-old is now investigating the prospect of running a two-car team in the new two litre touring car series, which begins in May.

The plan would see Bright would most likely link up with an existing team and drive one of the entries, instead of a forming a brand new operation.

The news arrives off the back of confirmation that Supercars team Garry Rogers Motorsport will run two Alfa Romeos in the seven-round championship.

“I’m very interested in TCR Australia and I’m actively pursuing a deal to compete with a multi-car program for this year,” said Bright.

“For me, the interest TCR has created with manufacturers around the world and success it has enjoyed is evidence the formula has what it takes to work in Australia.

“There’s a couple of different manufacturers that I’ve been talking to. There is some good interest out there, so I’m really keen to get something locked away for the start of 2019, or worst case, midway through the season.

“It is important to be aligned with a manufacturer, but not essential. The key is to do it with a two car team as a minimum.

“There’s a really great opportunity for young guys to progress their careers with a direct alignment to a manufacturer. It has always been difficult for young guys to achieve that here in Australia, but I feel that TCR is the perfect place to establish yourself on the track with different car brands and take that overseas.

“From what I’ve found so far, there’s definitely a lot of interest at the car dealer level. The dealers of these types of cars haven’t had a motorsport program to support. There’s many dealers out there that love motorsport and see this as direct value.”

Since stepping back from full-time racing, Bright has made few on track appearances before receiving a late call-up to contest the 2018 Pirtek Enduro Cup for Team 18 alongside Lee Holdsworth.

TCR Australia is set to begin at Sydney Motorsport Park from May 17-19.